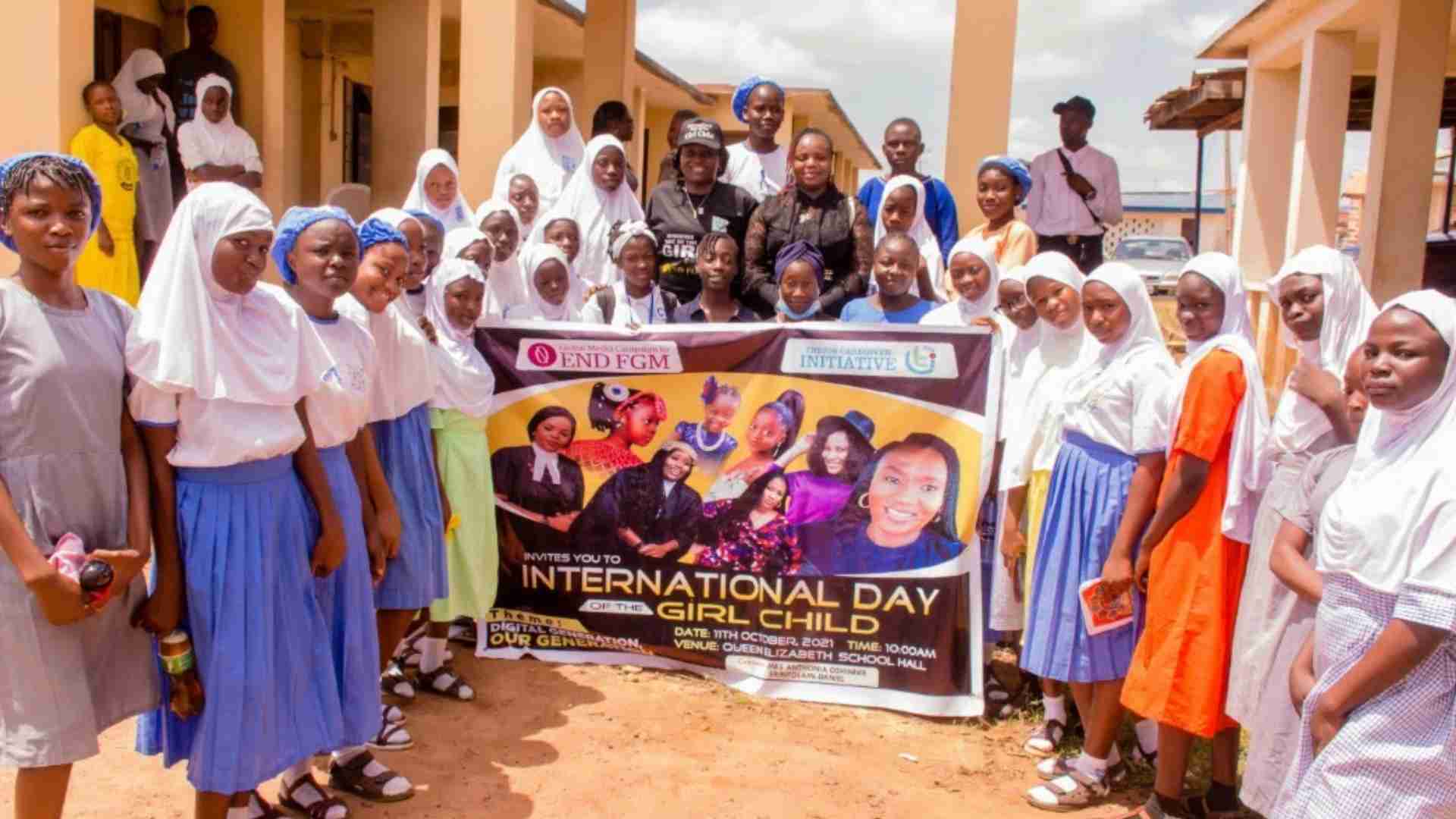 The International Day of the Girl is commemorated every October, 11 as declared by the United Nations. For 2021, the theme for the year is “Digital generation. Our generation.”

The pandemic has accelerated digital platforms for learning, earning, and connecting, research has shown that 2.2 billion people below the age of 25 still do not have internet access at home and girls are more likely to be cut off.

An in-school program to sensitize students (girls) on the International Day of the Girl Child relating the Day with the Theme for the year and also using it as a medium to build their self-esteem.

The theme Digital Generation, Our Generation is very important and timely because our girls are being cut off from the tech world. And technology is a very important tool in putting an end to Female Genital Mutilation.

Tomilola Abayomi is 12 years old and currently working on a python program to develop a project (search engine).

After discussion with the girls, it ignited the interest in the audience and the girls were motivated and wanted to be enrolled in the Tech School.

The second activity for the program was a Talk Show at the Nigerian Television Authority. The Talk Show had four participants with two participants per session. They discussed their activities in the Tech world and the projects they are working on presently.

The guests on the Talk Show are: