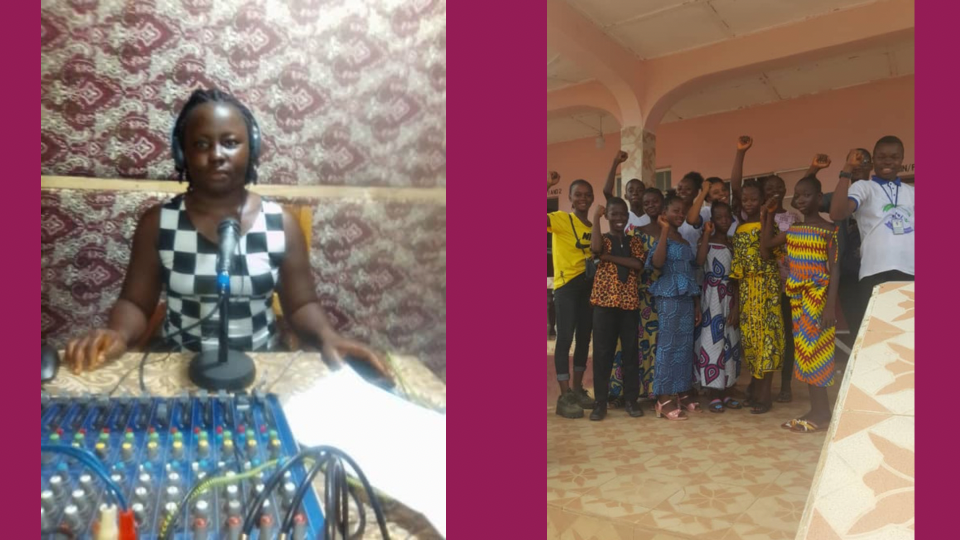 Team Koinadugu ran a media campaign against FGM by using two radio stations in both Koinadugu and falaba districts.

Through our media campaign, we were able to reach over 205 thousand listeners and changed their perceptions. We engaged the Children’s Forum Network because it was their day, they focused on disseminating information about the dangers of FGM practicing by our native people in particular.

The formal leader of the Children’s Forum Network was also part of the radio programs simply because he has experience in children’s programs and can also analyse the issues better.

Our media campaign was successful because we had many studio guests on air to educate listeners, the intervention of team Koinadugu had key messages which created a significant impact in raising awareness on FGM. The response we received was positive which shows that they have a better understanding of this media campaign in particular.

There are challenges in the implementation such as:

The message that came out of this media campaign were as follow:

Team Koinadugu would take a different approach by doing radio programs in two major local languages in the district because of language barriers in some parts of the district and also involve youth leaders in the campaign because they are more influential to their people. The team would engage cut and uncut girls to discuss FGM.