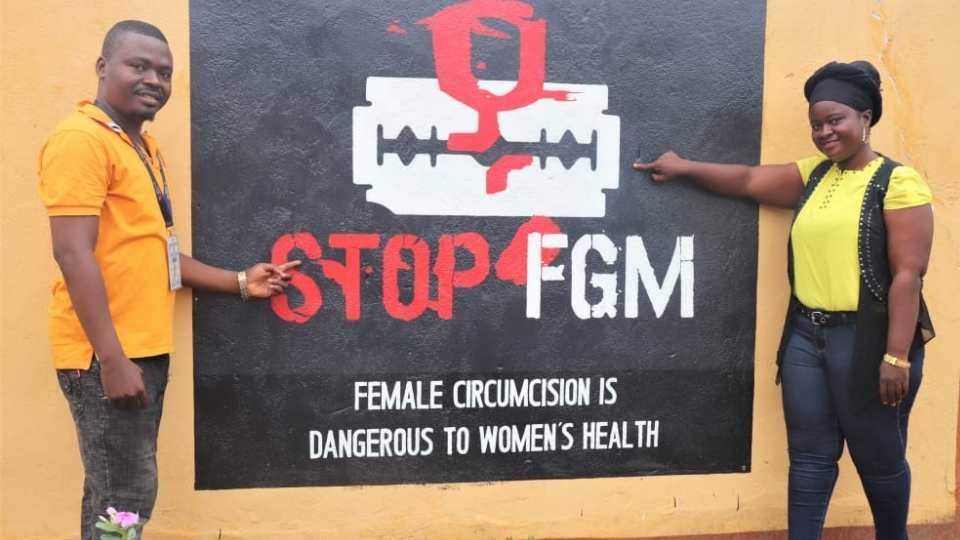 Campaigners in Sierra Leone are spread out all over the country. This report highlights the key challenges that each region or county faces, the type of FGM that takes place, and a few action points for moving forward.

There is no one way to fight FGM. Each region or county has different cultures, traditions, and challenges around FGM, therefore we have to be specific in our approaches to end FGM.

How is it carried out?

First girls are made to believe in traditional and cultural practice at a very young age. Some are initiated even before age 5.

A ceremony used to take place, but now more often done secretly in some communities. Parents buy (despite their poor living conditions)a  lot of clothing to induce the victims (girls) so that they can be dressed with new looks.

There are various stages before, during, and after mutilation. All of the stages are scary and sometimes shock occurs and leads to death. More of these deaths are recorded and reported but little or no action is taken by state Authorities.

They took the girls to a specific place commonly known as a society bush or ground and there they will initiate them, and the new initiatives will stay in the bush for a period of sometimes two or three weeks.

“Do uncut women have sex that is satisfying with their partners?”

“If uncut girls or women scratch their private parts, do they also produce bad odor?”

After cutting to them, the initiates would be left in the shrine for one or two months for the wounds to heal.

All the kinds of FGM are practiced in Freetown, below are some of them;
type 1 (clitoridectomy) – removing part or all of the clitoris
type 2 (excision) – removing part or all of the clitoris and the inner labia (the lips that surround the vagina), with or without removal of the labia majora (the larger outer lips)
type 3 (infibulation) – narrowing the vaginal opening by creating a seal, formed by cutting and repositioning the labia
other harmful procedures to the female genitals, including pricking, piercing, cutting, scraping, or burning the area.