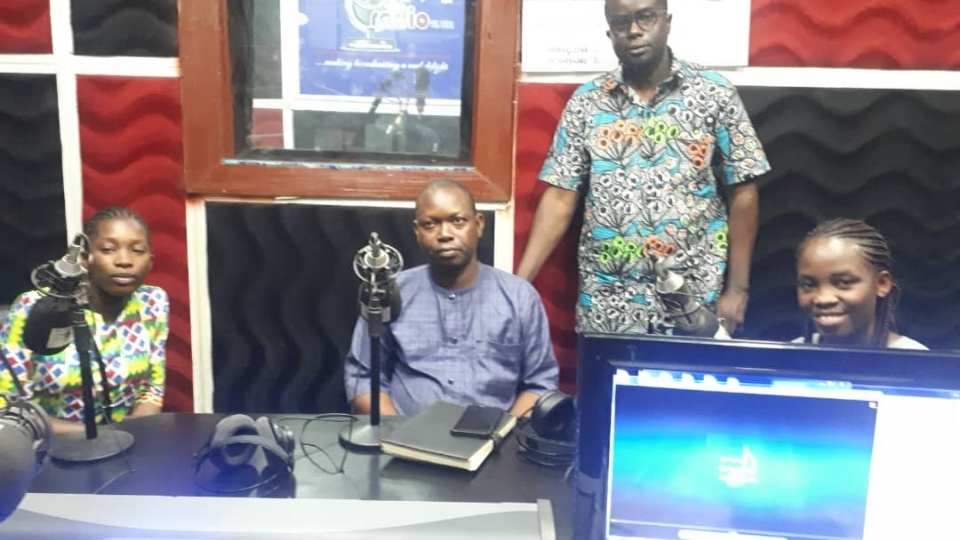 Ireti Adesida is an anti-FGM campaigner who is spreading the word against FGM through media outlets in Ondo State, Nigeria. Ireti was especially present on this issue over the past few weeks as Easter time is known to be a time where many girls go through FGM.

The project was a radio program aired live at two radio stations in Akure, Ondo State to amplify our voices against FGM. The radio program took place on Thursday 1st April and Friday 2nd
April 2021 at FUTA Radio 93.1FM and CREST FM 87.7 where the Yoruba and English versions were aired live respectively.

The Radio Program was tagged “Amplifying Voices to End Female Genital Mutilation (FGM) #END EASTER CUTTING”. It was organized for the people of Ondo State and the environs to create awareness about FGM, the dangers that are involved, and discouraging Easter cutting. The project was executed in April because it was a holiday season and it has been discovered that girls that go through FGM at this time are usually on the increase because most of them usually travel for the holidays.

There was a street impact engagement before the radio programs anchored by Comfort Okebunmi in Yoruba and Temiloluwa Tomoloju in the English language. The essence was to gather people’s opinions on the street and most importantly educate them about FGM and the dangers surrounding it.

The conversation from the street was used for the vox-pop that enhanced the discussion during the radio program(s). The English session was held at Crest FM with Mrs. Feyisayo Aknluyi (A mental health expert) and Peace Alade (Girls Advocate) as guest speakers while FUTA Radio aired the Yoruba
session with Evang. Tayo Ojueromi (Missionary & EndFGM Campaigner) and Praise (Girls’ Advocate) as guest speakers.

We had lots of engaging phone calls during the live show. During the street interview, our advocates were able to educate some of the people they met who were unaware of FGM and its dangers to girls and women. Some who believed in the practice had a change of mind.

Our guests were able to educate people on how FGM negatively affects the mental health of victims and how to help survivors. It was also note wrote worthy as some of our audiences were already enlightened about FGM. Some callers advocated for more engagement of males in ending FGM.

The religious leader also enlightened people about the fact that FGM is not biblical and that people should stop using that as an excuse for carrying out FGM. He shared his advocacy experiences as Christian Missionary.

One of our girl’s advocates who is also an FGM survivor was able to talk from a personal point of view which also made the session more interesting and impactful.

During the street impact engagement, some of the respondents refused to be recorded or interviewed due to other engagements.

The strong messages came out of the media project…

Some still have the belief that FGM is an indigenous practice that should not be eradicated. This was an indication that our awareness should continue and be on the increase. One of our audience pleaded for more involvement of men in the advocacy against FGM.

Some still believe that FGM awareness is only for rural communities but they got to know that a lot of people still practice it in the urban areas. Beyond the media, one-on-one engagement has an impact on the people in the society too.

A survivor can also be a change agent. Being a survivor does not stop you from living your life as you should, it should only serve as a push for you to amplify your voice against the evil practice called FGM.