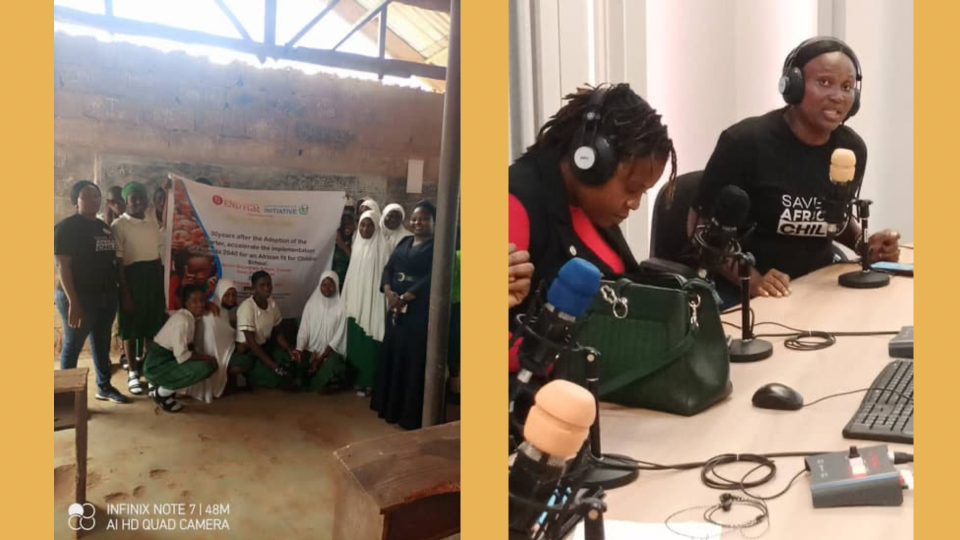 Anthonia Oshiniwe is an anti-FGM campaigner who shares in this report her recent activities in Kwara State, Nigeria.

The team was at Senior Secondary School Danialu, Ilorin, Kwara State to have an interactive session with the students

Objectives of the activity

She is the Executive Director of Women and Youths Development Initiative a women and youths-focused NGO in the state. She explained Female Genital Mutilation, the procedure, and the aftermath of the consequences, she had run a project on FGM so she spoke on her experiences on the field using it as encouragement and motivation for the students.  She spoke on various women who have become someone now using it to encourage the female student that they can be whoever and whatever they choose to become.

She is a legal practitioner and she spoke extensively on the Rights and Obligations required by the Child Rights Law, Kwara State. she also spoke on the punishment of various crimes common amongst students and encouraged the students to desist from such. She also spoke about the newly domesticated Violation Against Persons Prohibition Law, Kwara State which prohibits Female Genital Mutilation, Child Marriage, Domestic and Gender-Based Violence, use of drugs, etc…

It was observed that most of the female students are not emotionally balanced and they have been involved with sexual activities despite the fact they were all mutilated as children (this contradicts the myth of promiscuity when not mutilated). Numbers were given out for further help for the students as it was observed that there is a need for psychosocial support and medical support for them. There is a need for more school interaction sessions for students

The media house used was Diamond FM 88.7 in Ilorin

Objectives of the activity

She is a medical Doctor (Obstetrics and Gynecology), she is a mother and she is a Muslim.

She spoke on the medical aspect and also a Muslim, the religious aspect of it. The main concern in Ilorin, Kwara State is the fact that it is still seen as a religious obligation. She stated that there is/are no advantages in Female genital Mutilation; rather there are consequences that occur mostly in the future. She spoke on death, infections that eventually lead to infertility amongst other consequences. Also, that Female Genital Mutilation is just a long time culture adopted not a religious obligation.

She explained in detail the provision of the existing law. she further explained to listeners that not only perpetrators are liable but those that witnessed it but did not call for help. She, however, encouraged that there is no ignorance in law.

Founder of Baba Slum Cares Foundation, a foundation in the state that looks out for and shelters children in need. He spoke about his experience with victims and said it is not what every parent wants at the end of the day. He spoke about the readiness of the Foundation to support medically and provide psychosocial support for victims. He also buttressed the point of the Medical Doctor on the Religious aspect of being a Muslim himself that there is no religious obligation to Female Genital Mutilation.