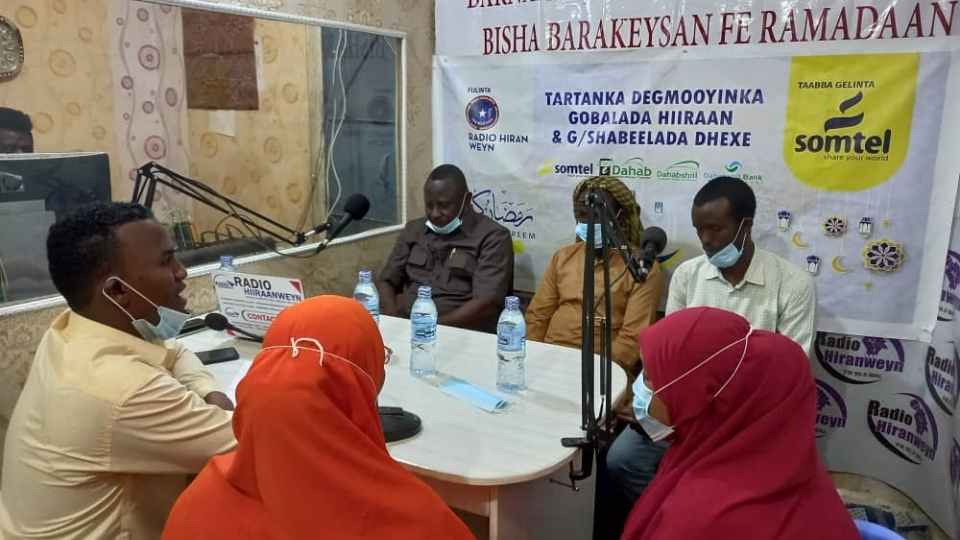 A report from the office of the anti Fironic Circumcision Organization in the Hiraan region of Hir Shabelle region states that the work done on 16 June 2021 is the African Children’s Day which is a celebration.

We invited 5 people to take part in a program on African Children’s Day that was broadcast live on Hiranweyn RadioThe radio is listen in all parts of Hirshabelle state. The program is reported by journalist Abdi Ahmed Hussein of Hiranweyn Radio every year around the world.

During the celebration of Africa Children’s Day we talked about the benefits it has for African children today as well as the needs of children and who should take responsibility in times of abuse as well as international cooperation and implement the Convention on the Rights of the Child to enforce international protection law children, Participants suggested that children’s issues be monitored daily and monthly to address the needs and abuses of children to find solutions. This work is carried out as intended.

We would like to thank the Global Media Campaign for its financial support to the Beledweyne office against female genital mutilation. I ask for your continued support.