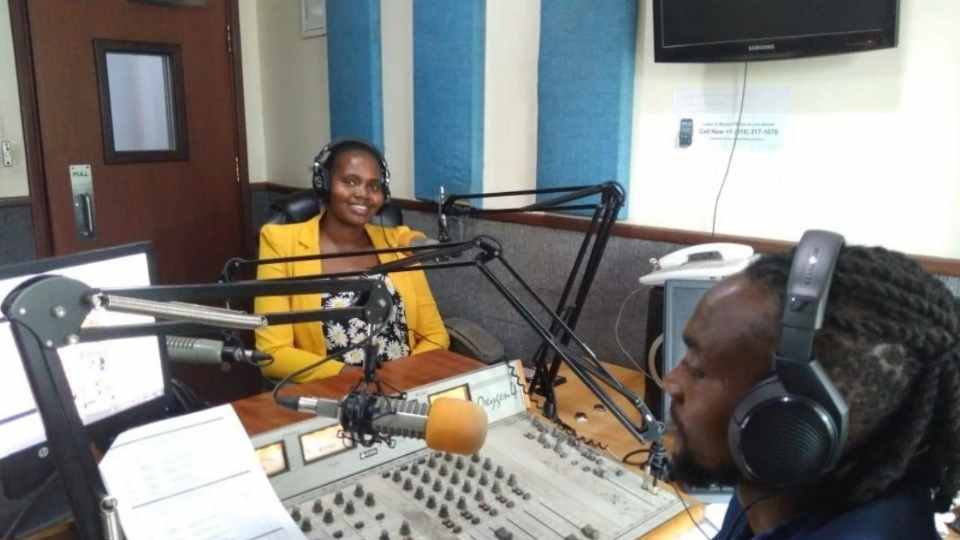 Jedidah Lemaron is an anti-FGM campaigner, working in Kajiado county. Talking with children’s officers on radio Jedidah helps to highlight to the local communities that there is a way we can all help one another to end FGM.

Day of the African Child:

Every year on 16 June, the African Union and its Member States observe the Day of the African Child (DAC) as a commemoration of the 16th June 1976 student uprising in Soweto, South Africa, where students who marched in protest against apartheid-inspired education, were brutally murdered.

Kenya as a member state has made steps in achieving the AGENDA 2040 by adopting legislation to deal with harmful practices such as Female Genital Mutilation and Child Marriages, (the anti-FGM act of 2011). This includes the ratification of the Maputo Protocol that protects girls and women from the violation of their rights through harmful practices.

The Malkia Initiative conducted a media campaign in two radio stations, BUS Radio and Mayian FM to sensitize and disseminate key messages and Information on anti-FGM, children’s rights, and the importance of education.

The show started at 9.00 am on the 14th of June hosted by Victor Juma, the guest in the studio were Margaret Sindiri, sub-county children officer, and Malkia Initiative’s Ann Nadupoi.

The radio had a short clip of children from different schools, discussing the effects of FGM and their dreams and how parents also influence their life, which shows how parents play an important role in their children’s growth by giving them moral support and care.

The host then asked questions on female genital mutilation which is a major problem we are facing according to the research since we are based in a nomadic Kajiado area where 78% of the girls go through these harmful practices thus affecting the school enrolment, transition of these girls leads them to drop out of school and be involved within early marriage and early pregnancies.

Illiterate parents with less knowledge of how the practice harms the girl child since most of the parents are not educated this makes them not able to understand that it is illegal, thus the government should create awareness and educate on the negative impact of this act.

Bribery is also often used as most of the information about female genital mutilation is destroyed and covered by the chief since they are paid by the citizen not to speak about it thus making it difficult to have accurate data on this matter.

Poor and inaccessible roads in kajiado county making attempting rescuing girls difficult since not all the vehicle the children office have that can go through the rough roads and it’s also time-consuming.

Poverty may also lead to a high level of female genital mutilation because these girls after undergoing this act most of them then drop out of school and get pregnant which creates an illiterate society that is not easily changed.

The show started at 11 pm on the 15th of June, hosted by Kiminta Ole Call, with the guest being Rarin Tarayia a children expert, and Jedidah Lemaron the Executive Director of the Malkia Initiative. The topics discussed included: FGM among the Maasai community in Kajiado, Laikipia, and Narok Counties.

Rarin spoke on how FGM practice encourages school dropouts as the cut makes the girls view themselves as women capable of handling adult activities, and they start to engage in early sexual activities leading them to early pregnancy or exposing them to STI including HIV.

Jedidah spoke on how empowering women in our society will better the lives of children as women are the immediate caregivers of the girls. She also stated that equipping the girls with skills and necessities like food, books, and menstrual products will make them focus more on their education escaping harmful practices.

While on air, the stationed received 4 calls and 10 SMS from the listeners. One of them by Kishoyian from Esokota, Kajiado Central called and said that he and a group of women were listening in to the program. The SMS’s indicated their interest in ending FGM and supporting girl’s education. Another caller, Tumpees talked about the importance of involving men in ending FGM as they will act as mediators between the girls and their fathers during the ‘Men talk’ and can easily convince the parents to stop the practice.