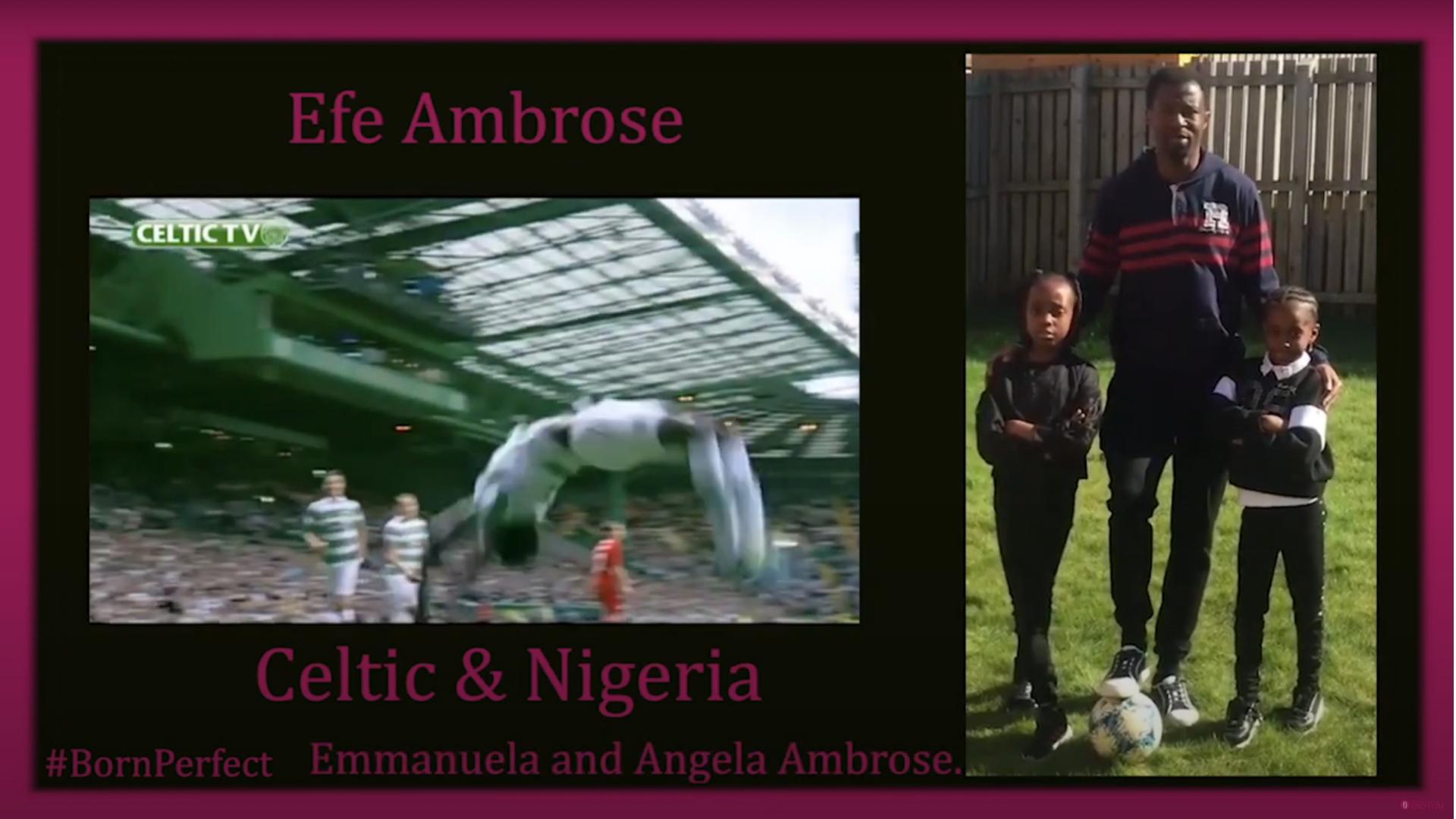 The Global Media Campaign to End FGM (Female Genital Mutilation) believes that FGM and other forms of Gender-Based Violence (GBV) can be ended by 2030 with a strong alliance of activists, influencers, religious leaders, and journalists – all pulling together.

#BornPerfect is a new UN/UNFPA sponsored campaign, backed by International football stars at the height of the Africa Cup of Nations, before the final on February 6th in Cameroon, sporting legends will come together each to share a short video with their daughters on social media, proudly and simply stating: ‘My daughter is Born Perfect – say NO to FGM’.

The Global Media Campaign to End FGM aims to maximise the power of sport as a means to mobilise, unite and communicate with people from all across the globe and, most importantly, African countries with the highest rates of FGM, such as Nigeria. Football is the world’s most popular sport and the #BornPerfect campaign is backed by Emmanuel Amunike of Barcelona and Nigeria, Nigerian goalkeeper Emmanuel Babayaro, and Efe Ambrose, ex-Celtic and now at St Johnstone, who also represents Nigeria. The aim is to spark debate around the dangerous nature of FGM and bring the suffering of girls and women to an end.

In particular, #BornPerfect seeks to cut through to younger men, instigating conversations that for too long have been avoided. It provides the perfect opportunity to kickstart a viral social media trend, resulting in millions of videos showcasing the voices of men speaking the same nine words, standing united against FGM.

UNICEF Data (2021) reports at least 200 million girls across 30 countries have undergone FGM. FGM is not just a harmless tradition amongst some Christian and Muslim communities – the practice can cause severe bleeding, problems urinating, cysts and infections, as well as complications in childbirth and increased risks of newborn deaths. The UN demands FGM be halted immediately as a gross violation of human rights. Support from men is essential.

“When I first visited Nigeria I noticed that it was very difficult to grab young men’s attention about FGM. They were more interested in watching their heroes play football on TV in the bar. This #BornPerfect campaign hits the goal – where other forms of campaigning just plain miss – because we are using their Football heroes as Influencers – to help bring about a change in young men’s attitudes towards FGM.”

“My daughters and I appreciate this opportunity to support the movement against the FGM. We urge you to do the same” Efe Ambrose, of Celtic, St Johnstone, and Nigeria @AmbroseEfe4 Click To Tweet