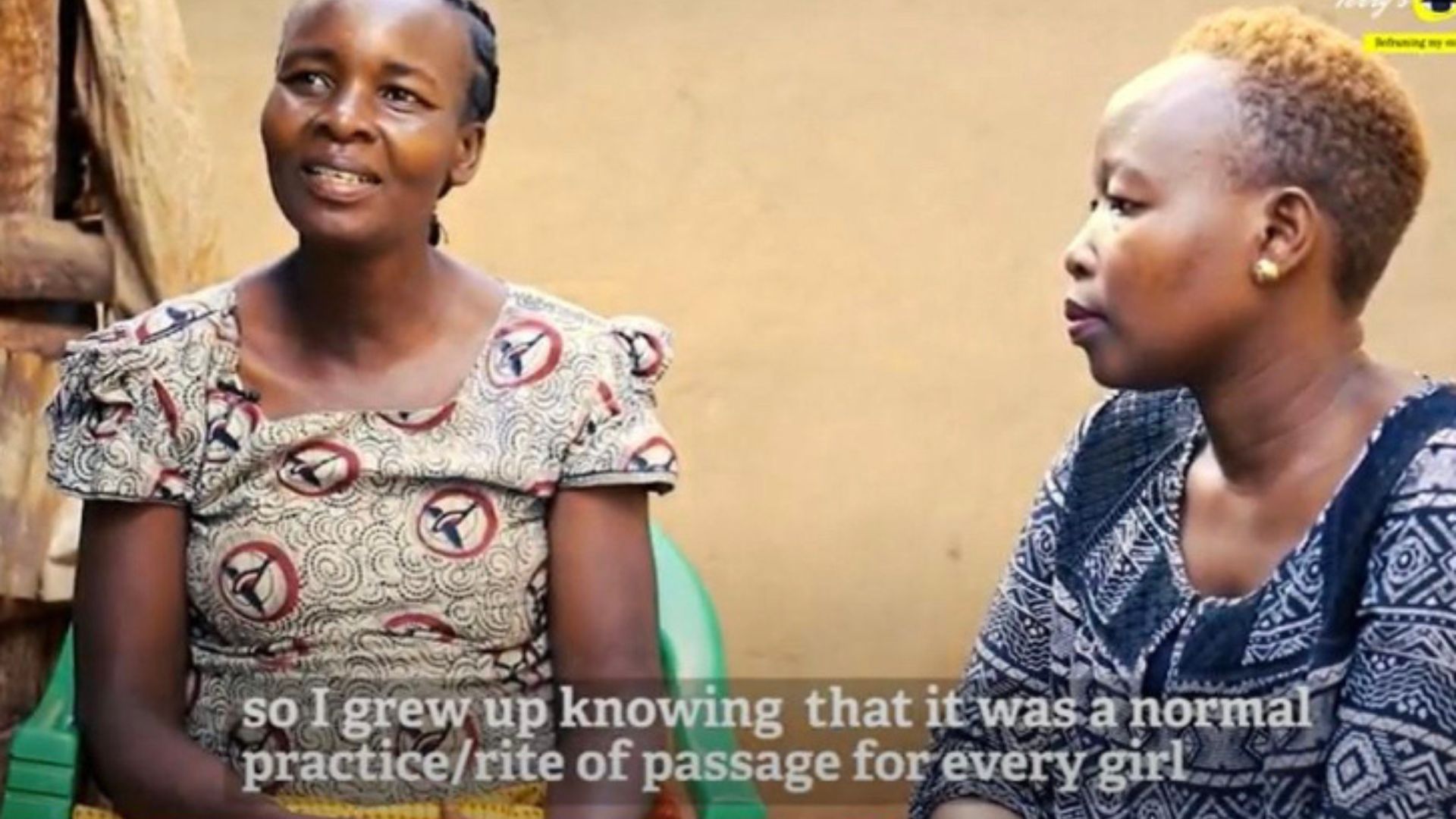 The project which was a 60secs radio jingle and a 6 minutes video involved me as the producer and editor and Martina Madeda who was our camera person. We filmed it in Kebaroti village in Kuria, Migori county because it is one of the hot sports areas and we engaged a widow who is a survivor of FGM/C together with her 12-year-old daughter who is likely to be a victim of this inhuman act.

I took the time to also engage this lady’s two sons to get to understand their perspectives on what they think about FGM/C and whether they will be at the forefront to discourage their three younger sisters from undergoing the cut. One of the sons understood FGM/C & its consequences on a woman’s health and is against it but the older son refused to share his views and told us to ask the mother. This means that parents have a big influence on the lives of their children and the path they choose to take in life.

This woman was also not privileged to pursue her education and her dream was cut short by her father, who forced her to get married and now lives a life of pain and regret. She has decided to do her best and educate her children so that they can live better and more dignified lives. According to them ( mother and daughter) it’s about time that the Kuria community abandoned this harmful practice.

The project was well received both on social media and the radio advert that ran for three days on Radio Togotane 88.3 FM which broadcasts in the Kuria language. The station has an estimated audience reach of 800,000 listeners. So far we have 564 impressions on Linkedin, and 24 comments on FB both of which are positive feedback from people appreciating the campaign to end FGM and the community members asking for more sensitisation and engagement at the grassroots so that we can save many girls from FGM/C, early marriages, and school dropouts and

Girls’ and women’s attitudes about FGM/C vary widely across communities and countries but the majority of these vulnerable groups think it should end.

“When I was growing up, there was no one who told us about the effects of FGM/C on girls and so we all knew that it was a normal rite of passage for every girl. Now I know better” Lilian Gati, Resident- Kebaroti village, Kuria. Click To Tweet

Having the conversation with the interviewees and airing the radio jingle in their mother tongue was a big win because they could relate to what we were talking about. The message hit home.

The challenge was that we did this project in a haste, we didn’t have enough time to reach out to more people in the community. If I was to do another project I’d also include a mobile contact for the listeners to call back and engage further on the topic. Also, the video that was done and shared on social media has not reached enough of the intended target audience because a higher population of rural folks don’t own mobile phones and if they do, they are not connected to the social media platforms. I wish I could get the people in the villages to watch it through mobile cinemas in the marketplace.

Next time I’d wish to engage a male champion so that the message gets home directly to the decision-makers who are fathers – the ones who want their daughters cut so that they can get married and bring them bride price, that is the pride of many Kurian fathers.