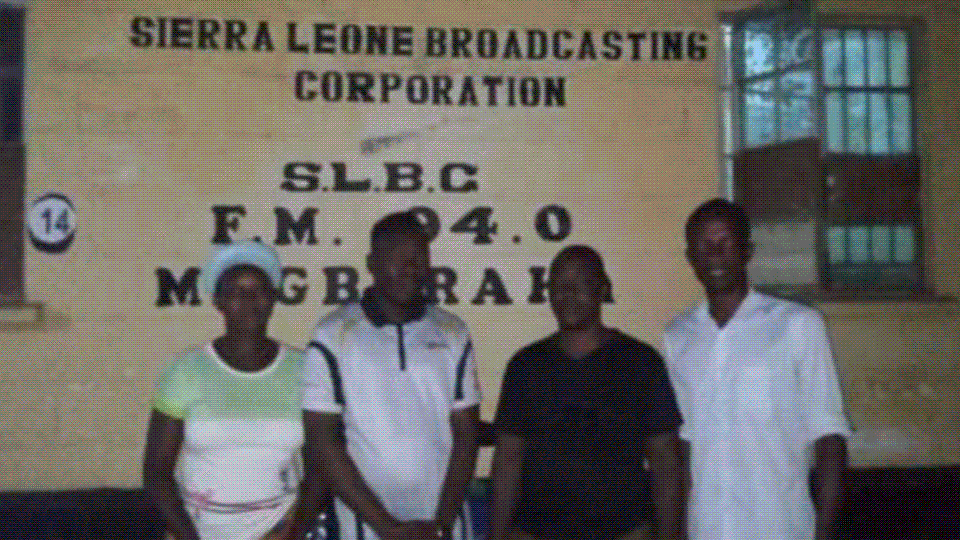 Team Tonkolili is a group of anti-FGM campaigners that came together to try to challenge the Easter cutting season events and help to stop FGM. This report shows how their media campaign is helping to change ideas about FGM.

Team Tonkolili has ended a successful Easter cutting media sensitization at the Sierra Leone Broadcasting Cooperation and Radio Konike in Makale, Tonkolili district. The team was able to navigate through a 4-mile mountain to Host the one-hour radio Programme at Koneke radio station.
It was tough to climb up the 4-mile mountain due to the impassable status of the road.

At SLBC we also hosted a one-hour radio program where we had who extensively
Schooled on the dangers associated with FGM practice.
Our guests were able to shed light on how the Holy book does not make mention of female circumcision.

“Do uncut women have sex that is satisfying with their partners?”

“If uncut girls or women scratch their private parts, do they also produce bad odor?”

The other questions asked by those who sent SMS messages was how to prevent FGM initiations.

The two radio programmes hit an audience of 950,000 and that all the two hours radio programs were well appreciated by both texters and callers, urging the team to be conducting similar sensitization programmes on monthly basis.

What we intend to do differently next time is that we want to broaden our sensitization
scope to another level, if we get the needed resources.
We want to have sensitization tours in other districts that have not yet received such sensitization programs.