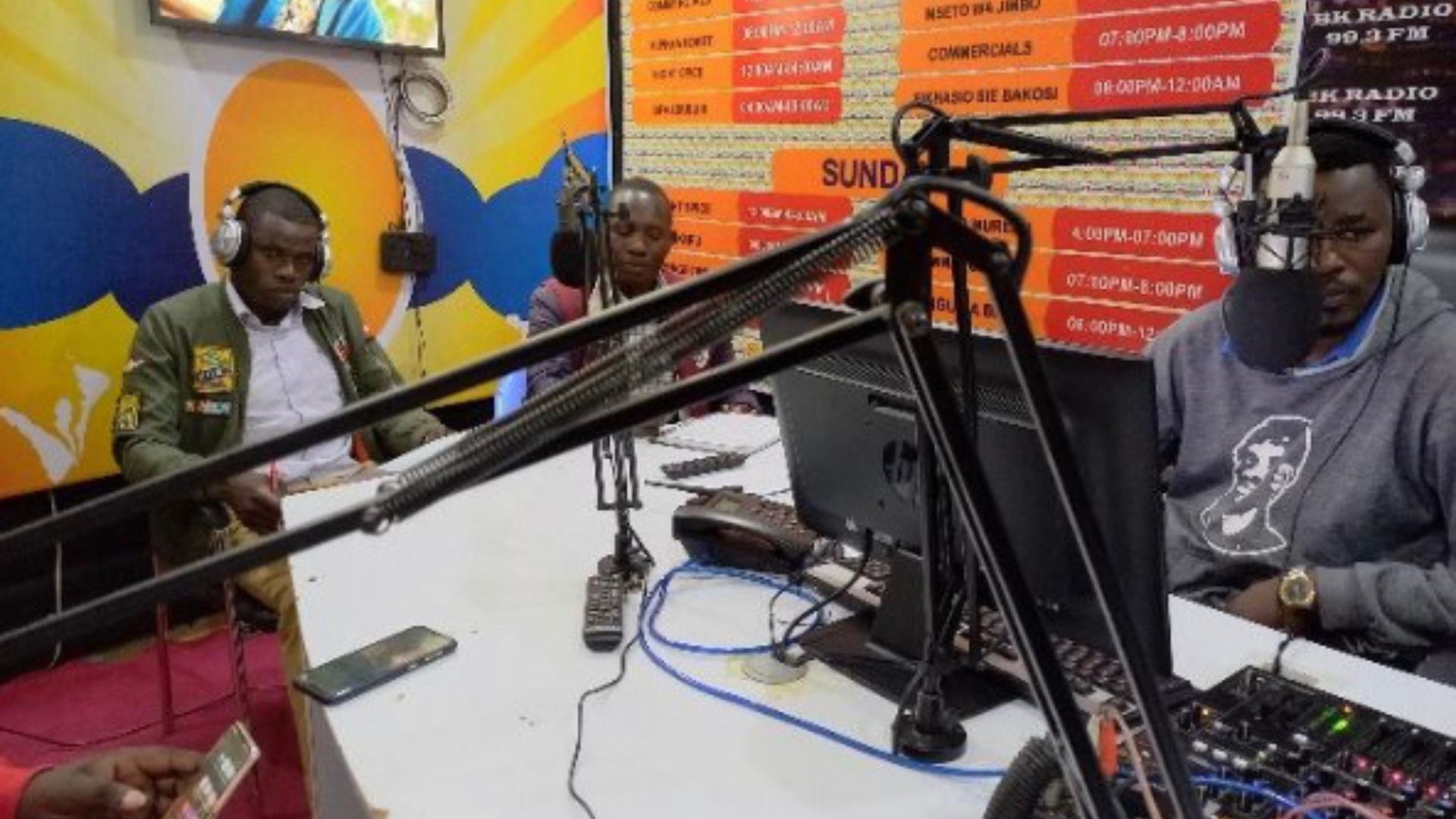 I’m Isaac Kiptei an activist against all forms of SGBV based in Bungoma, Trans Nzoia, and West Pokot counties in the Western part of Kenya. This region also borders the eastern part of Uganda which is occupied by the Sebei of Uganda who are also the Kalenjins.

The Global Media Campaign (GMC) fund was directed at engaging communities living in West Pokot, Trans-Nzoia, and Bungoma counties extending to Eastern parts of Uganda bordering Kenya. The main target of celebrating the Day of the African Child was to discuss the effects of harmful practices that have been invested in the African cultures. This included the high rate of teen pregnancies and early marriages. According to most cultures around, it was realized that most girls are married away during their early adolescence. The Kalenjin Communities, on the other hand, practice FGM on teenagers. This created a major discussion of the day; saving the African child.

BK Radio reaches across the region reaching approximately 2300 homes. The acceptance of the invitation by Mr. Osca and Madam Milly and the strong message they passed to the communities across that led to overwhelming and fruitful discussion, attest to this success.

“It is true the boda sector (motorbike driver sector) is to blame for the high rate of school pregnancies. It needs to be an organised unit.”

He continued by citing the example of dangers.

“One school in mt. Elgon found 38 girls impregnated in 2019, the culprits were Boda drivers, this became news everywhere in the region.”

Mama Jennifer was Mboga from Saboti commended on the discussion and grateful for the opposite gender for coming out and speaking for their sisters.

“During our times, the place of ladies was in the kitchen and taking care of the kids. Am so much happy to see my daughter getting what I yearned for…Education.” Mama Jennifer, Samboti, Kenya Click To Tweet

Baba Manu, a village elder in Alale, Kapenguria regretted how the practice of FGM has been an obstacle to girls’ future.

"Looking at the community, you realized that homes that left the culture of FGM and allowed the girls to attend school have much of a life. It's so embarrassing to even think of FGM." An Elder Alale from Kapenguria, Kenya Click To Tweet

From the many responses, we received from listeners and the mood created, the presser was a great success, and wished to have more time as requested by the audience.

The major hindrance still lies in limited resources. The charges for time allocation on the radio are still high. If we can have more time allocation. This can also enable access to more people.

“A policy to guard bodaboda on management operations will go a long way in avoiding the teenage pregnancies that are highly associated with them.”

He added that the parents have a responsibility of taking care of their kids, as mostly it’s the basic items like sanitary towels that lead the girls to the bodaboda guys.

The high rate of feedback relating to FGM abandonment was a big win. Though the discussion majored on the most harmful practices in the community. Most of the feedback related to FGM. Also getting Madam Milly who has a busy schedule in school was a big win. This is because she discussed well factors that necessitate the girl child’s early marriages and teenage pregnancies. On the other hand, Mr. Osca a gender transformative officer covered culture very well.

I would bring on board all the age brackets, the affected, teenagers, the law makers-elders, and the transformers to discuss this matter at large.