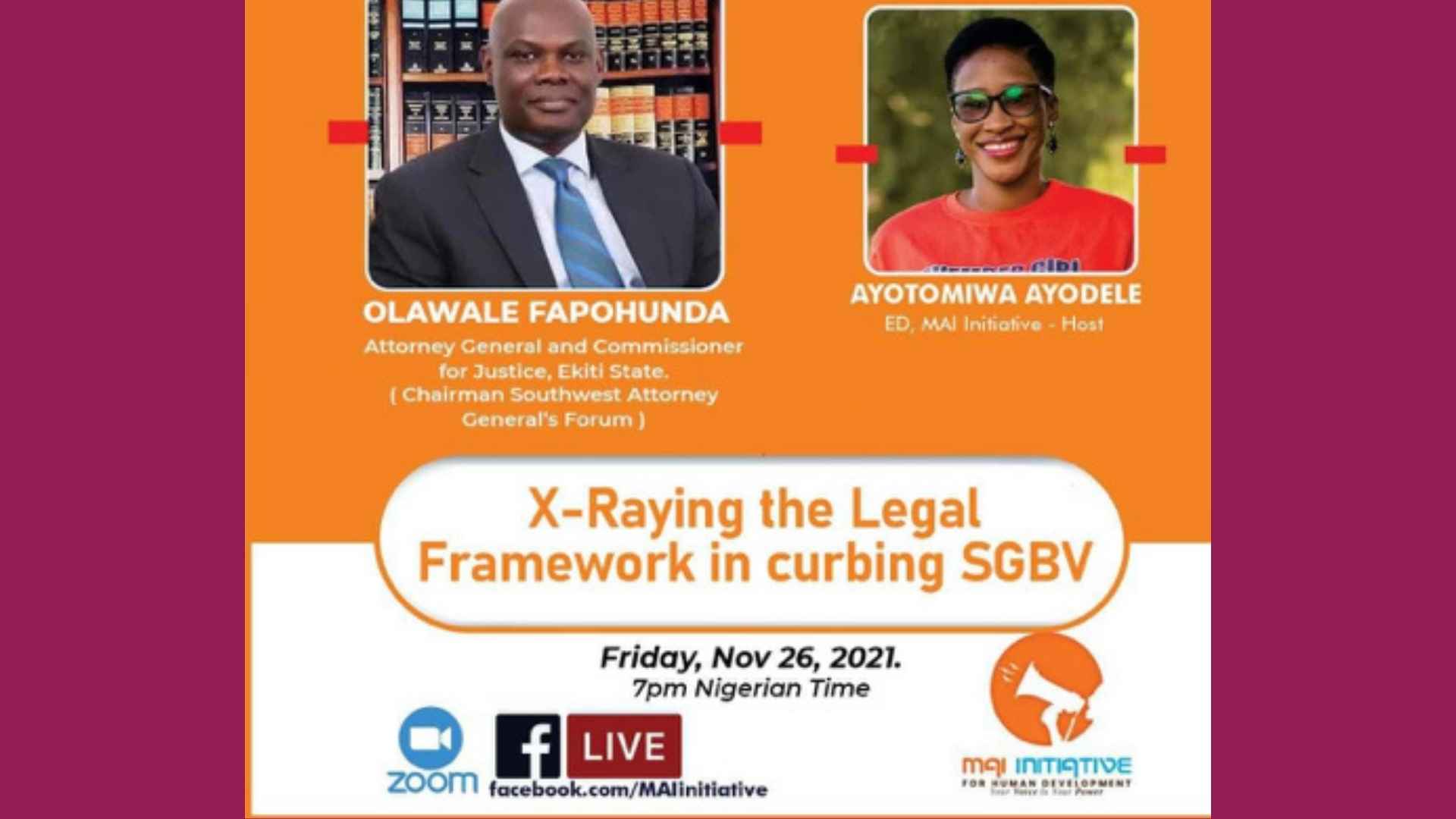 The project was executed by the Team Members of MAI Initiative for Human Development, under the supervision of the CEO; Ayotomiwa Ayodele.

The program was in three parts:

The Activities were focused on advocating for 16 days of Activism against all forms of Sexual and Gender-based Violence. The programs included:

The organisation had its physical activity on 26th November 2021, which was a sensitization session with students and teachers of Eyemote Community High School, Iyin Ekiti in Irepodun/Ifelodun LGA, the session focused on advocacy against all forms of SGBV with special emphasis on FGM, It was led by the organisation’s project officer Caleb Obisesan. There were 400 students in attendance. The session was focused on enlightening the students and teachers on reasons why SGBV needs to be tackled especially in schools. Relevant IEC materials were printed and distributed to the audience to further enlighten them on the subject of discussion. The participants pledged their allegiance to be part of the fight against all forms of SGBVin their community.

On Tuesday, 7th December 2021, the Executive Director of the Organisation Ayotomiwa Ayodele featured on a 45 minutes program “Tuesday morning drive” where she spoke about gender-based violence and the different forms, she also highlighted some of the effects of SGBV and how survivors can get help and support. Also, the organisation used its relationship with the radio stations to leverage existing programs on Radio Nigeria 100.5 FM to amplify the campaign. Some of these programs included an early morning show on the station (Bright and Early presented by Temilola Adeoye and Ejiire presented by Yemi Olowosile) which are always on air 5:15-5:45 am on Tuesday and Wednesday respectively, these programs were strategically chosen because was the first thing the audience will listen to as they prepare for the day, and it has great tendency to sink into their subconsciousness.

The program was a huge success and based on the calls, messages, and interaction during the programs, it can be said that the advocacy was impactful and created more enlightenment among the people at the grassroots.