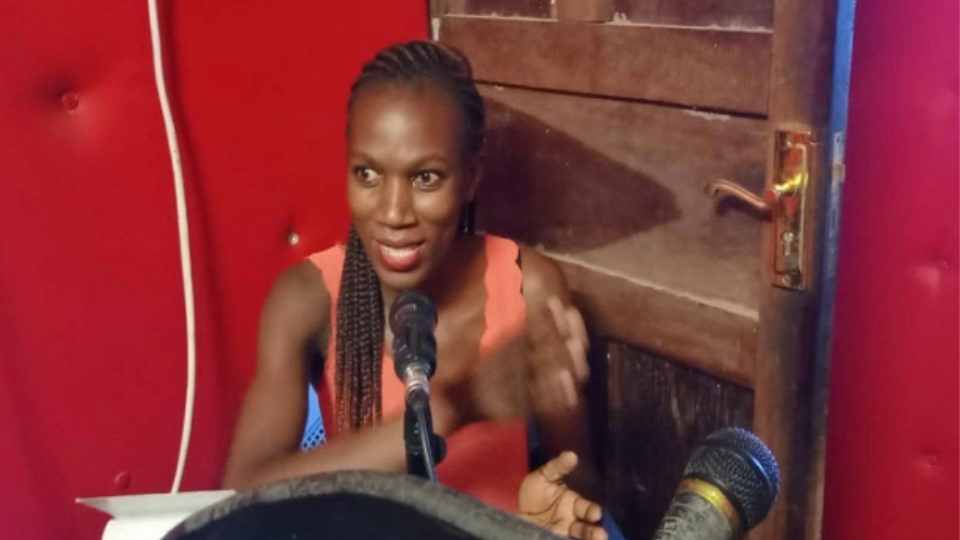 We had one live Radio talkback show with Tana Broadcasting Service (TBS), one of the local FM Radio stations located at Hola, which is the county HQ of Tana River.

TBS radio station is a 24-hour broadcasting station that broadcasts both in Kiswahili and the local dialect of the area and is favored by the youth. It covers a vast area in the Tana River sub-county as well as the neighboring sub-counties and counties that include Tana North, Tana Delta sub-counties, and Lamu, Kilifi, and Garissa Counties with a population of about 1,000,000 people.

We chose to undertake the media campaign on a Sunday afternoon when the majority of family members are less busy and are relaxing at home. Our topic of discussion mainly focused on the effects of FGM and Sexual and Reproductive health and Rights and entailed the health consequences of FGM that included bacterial and viral infections, obstetrical complications, and psychological problems. Other effects that we discussed with our audiences included Obstetric fistula that the healthcare provider believed to have associated with FGM.

While other participating partners gave their talk, Mrs. Sylvia Mwanje, a Clinical Psychologist based at Hola Referral Hospital gave the most detailed talk, occasionally engaging with audiences in either responding to their questions and concerns or giving comments on their contributions. Others who actively participated included a Religious Leader, Shiekh Idris Tulu. A Local area administrator, a Youth Leader, and a Gender officer from the state department of Gender and Social Service base in Tana-River County.

Our media project success is evident during the audience engagement session when many especially youths who called agreed that the practice is harmful and outdated giving their preferences to marry uncut girls instead of Cut girls. Many texts were received mostly from elderly women or parenting couples who attested to the success of our media campaign

The literacy level of our calling audiences remained a challenge as the larger population in the area had low literacy and hence we had some difficulty in understanding some health terminologies. Reaching out to some villages in the hinterland proved difficult due to poor network coverage prompting us to drive to those villages during the planning stage.

Strong messages from the Media campaign?

We would like to engage women leaders as partners and as well adding women who are undergoing Fistula.