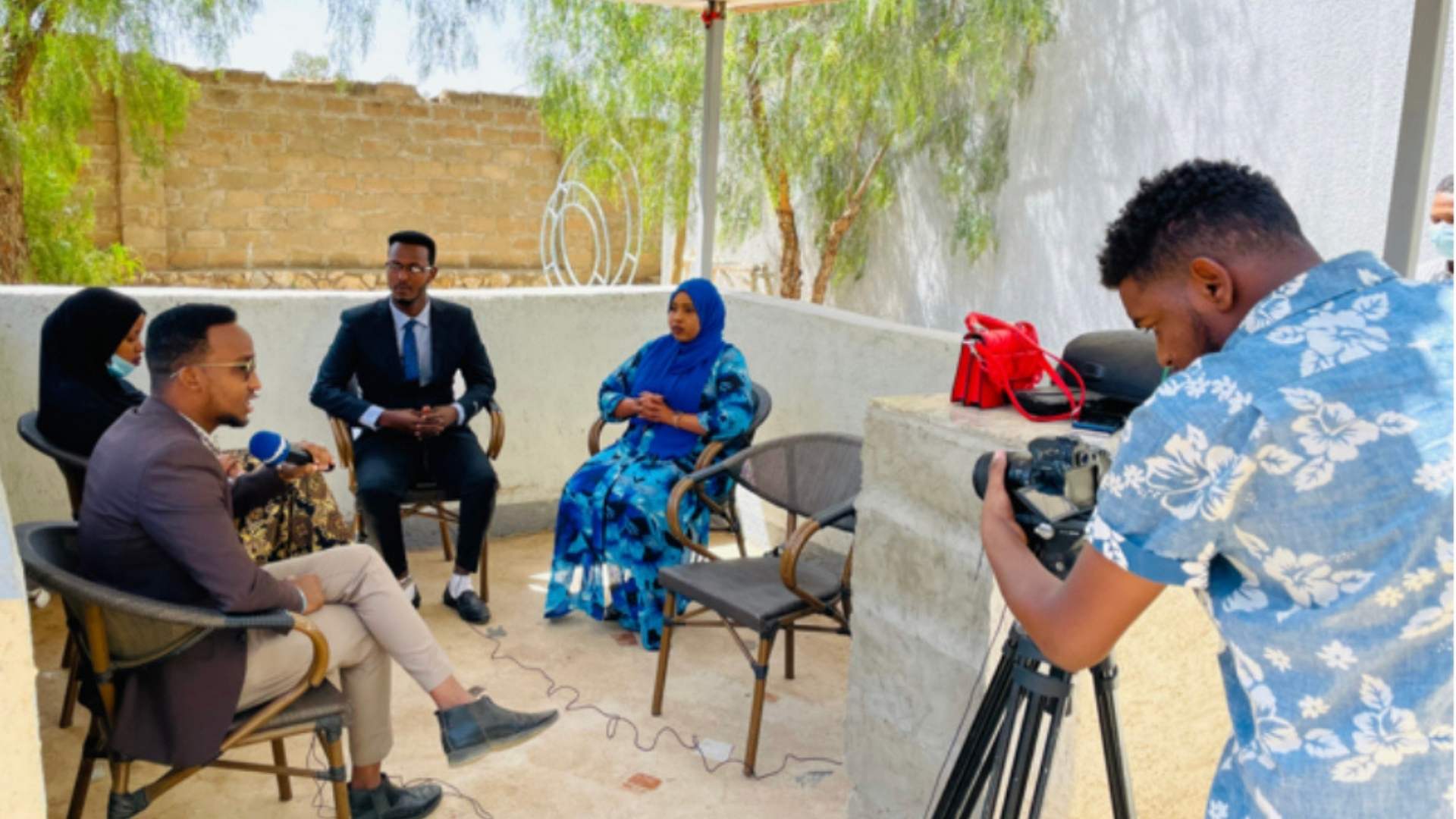 My name is Muhiyadin Mohamed Aden, a Somali journalist from Goobjoog TV Jigjiga Office. Since joining the media campaign in this region to eradicate female genital mutilation I have participated in discussions as well as programs, I have got many opportunities to easily share with the community the problems of female genital mutilation. I decided to organise a media debate about the role of journalists in fighting against FGM.

Type of media: Television known us Goobjoog Tv Jigjiga Office.
Goobjoog TV covers and reaches around the world and is viewed by millions of viewers and followers. It has very interesting programs and films which are viewed in Eastern African countries in particular.

Abdi Hakim Gamadiid from Nabad TV Spoke highly of how the media can be utilized.

“ As a journalist, I think we have a golden opportunity that requires constant public awareness. It will lead to a gradual change in the mindset of the people.” AbdiHakim Gamadiid Click To Tweet

Ayaan Shugri, Chairman of the Somali Local Media Association, spoke about the role of the media There are now a number of colleagues who support us such as the Global media campaign, and I have already graduated from the training they provided us.

“I would like to say let's continue our joint efforts and continue to strengthen." Ayaan Shugri, Chairman of the Somali Local Media Association. Click To Tweet

Mohamed Ali Arizona, principal of Hilaac Media School, spoke on the role of media. It is important that journalists volunteer and report regularly.

In conclusion, Goobjoog TV is encouraging global media campaigns and Somali media campaigners and partner line bureaus to emphasize their joint efforts for the eradication of FGM in the Somali region and implement achieving the national goals of the country to end FGM in Ethiopia in 2025 and SDG goals to end FGM at 2030.

“Thanks, again to the Global Media Campaign for Funding the media grant support and giving us this golden opportunity.”