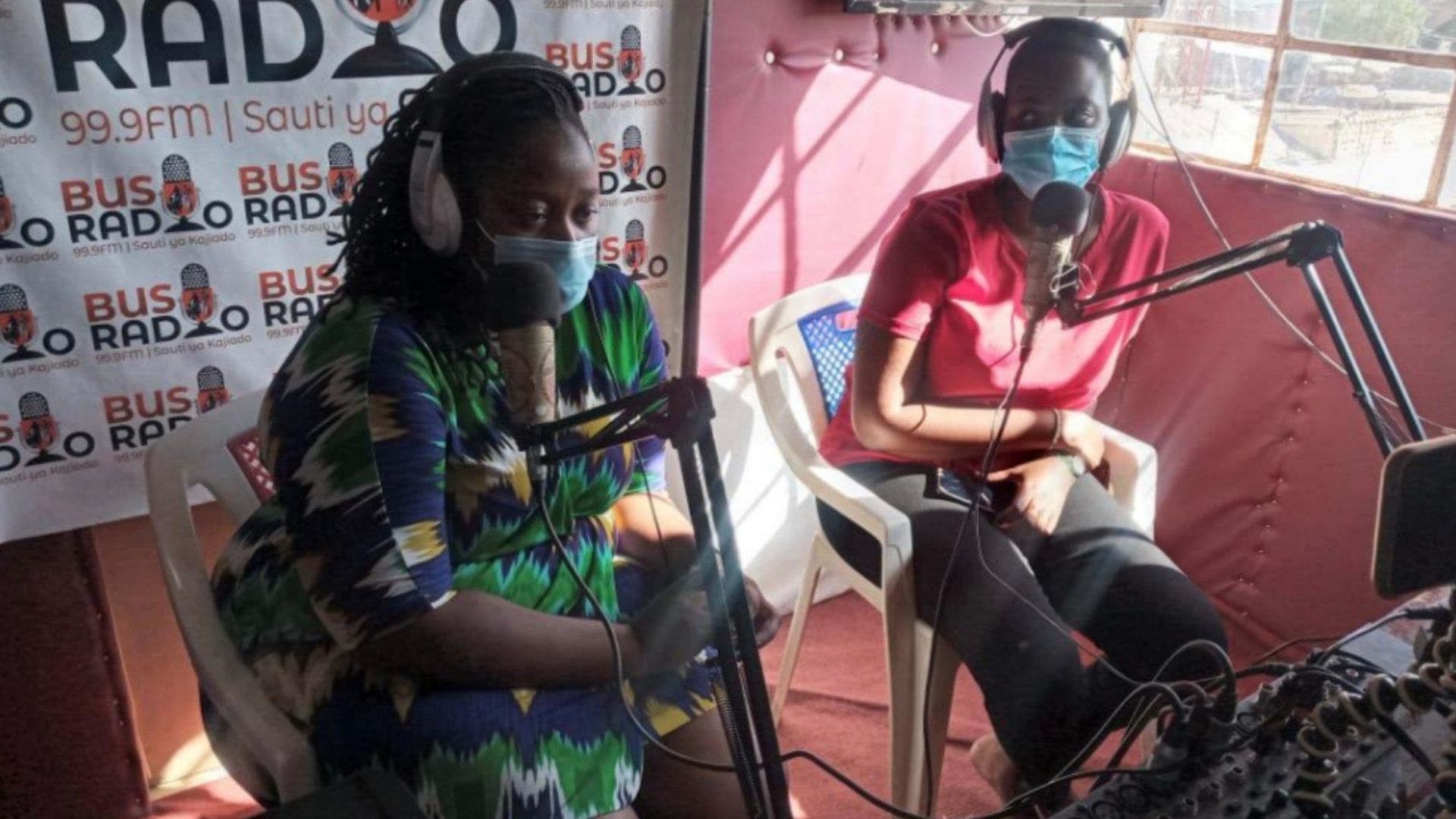 Bus Radio Talk Show in Kenya, held a one-hour discussion on the radio, as part of the Malaika initiative, to highlight that more is needed to be done to help stop FGM in Kenya.

Campaigner on the radio shared:

I was stigmatized to the point of wanting to undergo FGM

This radio show was held to discuss the Anti-FGM Prohibition Act of 2011 which was again reconsidered this March. The Law remains – FGM is an illegal act.

The Malkia initiative in partnership with the Global media campaign to end FGM held a radio talk show to discuss the anti-FGM prohibition act of 2011 and the recent court petition that upheld the
illegality of FGM. Dr. Tatu Kamau in 2017 challenged the constitutionality of the prohibition of the FGM act because it forbids willing adult women from practicing FGM per their culture.

In the studio, Malkia initiative’s Jedidah Lemaron, was joined by activist Rachael Resiato and hosted by Lucy Maina to discuss and raise awareness on the act. Jedidah informed the viewers of the law and penalties as stated in the act. She also addressed issues around Cross Border FGM as it is rampant in Kajiado as the county borders Tanzania.

She talked of the ongoing policy development by the East Africa Community that will address cross-border FGM. Rachael went ahead and explained the effects of FGM and the win for women and girls as the court dismissed the Dr. Tatu Petition. She also toldher personal story of how she was stigmatized to the point she wanted to undergo FGM.

Even without the cut you will still remain a member of the community so they shouldn’t be swayed by the stigma.

The discussion ended with Jedidah reminding the community to remain vigilant during the long holiday that girls are at home. She also asked communities that don’t practice to join in the
campaign to end FGM as ending FGM is a collective effort.