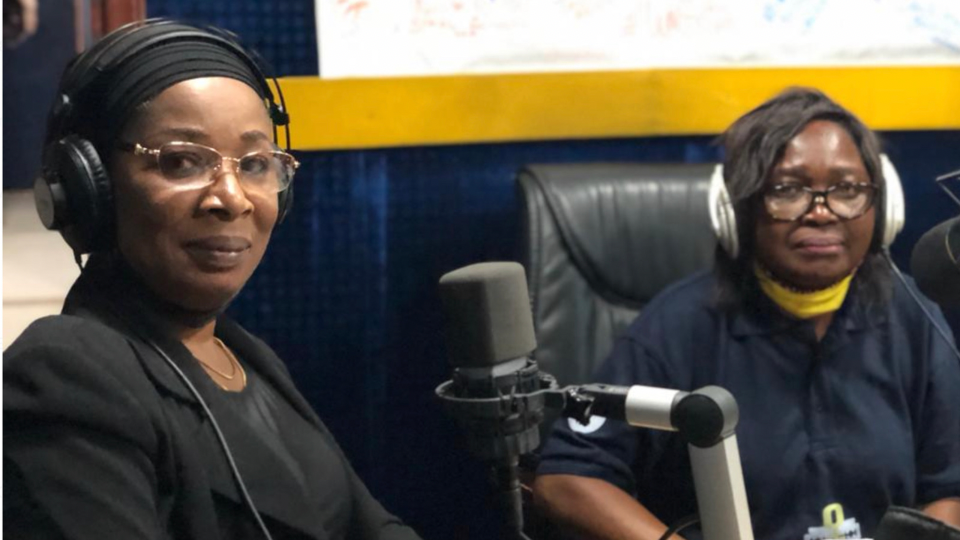 FGM has been banned in Nigeria, but how many people know the law and can demand the prosecution of perpetrators? Hence my project was in creating awareness on the law against FGM in Nigeria- VAPP Act 2015.

Female genital mutilation has Nationally, 27% of Nigerian women between the ages of 15 and 49 were victims of FGM, as of 2012. In the last 30 years, the prevalence of the practice has decreased by half in some parts of Nigeria. In May 2015, then-president Goodluck Ebele Jonathan signed a federal law banning FGM.

We were at two radio stations namely: Ray-power with Barrister OlaOluwa Akinremi, a member of Child Protection Network to create awareness on the health hazards of FGM and the VAPP Act. We needed people to know that FGM has been banned and perpetrators can be taken to court.

We were also at Lagos radio, 107.5FM (Tiwantiwa Amititi) on with Ms. Mulikat Thomas the Coordinator of African Women Lawyers Association(AWLA) Lagos State, here again, we talked about the health hazards associated with FGM and the law. At Raypower, the General Manager was so impressed with the way people were responding, she decided that She will ensure that a jingle will be produced to enhance the campaign.

Different people called to speak against FGM and requested that Raypower have a regular program to broadcast it on their radio. At the EkoFM, the issue of the Police taking money to quench cases of gender violence was raised.

Yes, we had tore schedule our radio show due to floods that meant that vehicles could not move and so our event was rescheduled.

Most of the people that called in were men and all of them were very angry. One said:

“Raypower should create a jingle that should be played at all times to sensitize the people and make the law effective.”

The General Manager of Ray power Yewande Iyoha agreed to support my campaign by running jingles as their Social Responsibility.

If I am to do this program again, I will go to the communities to meet with the people first before coming on air.