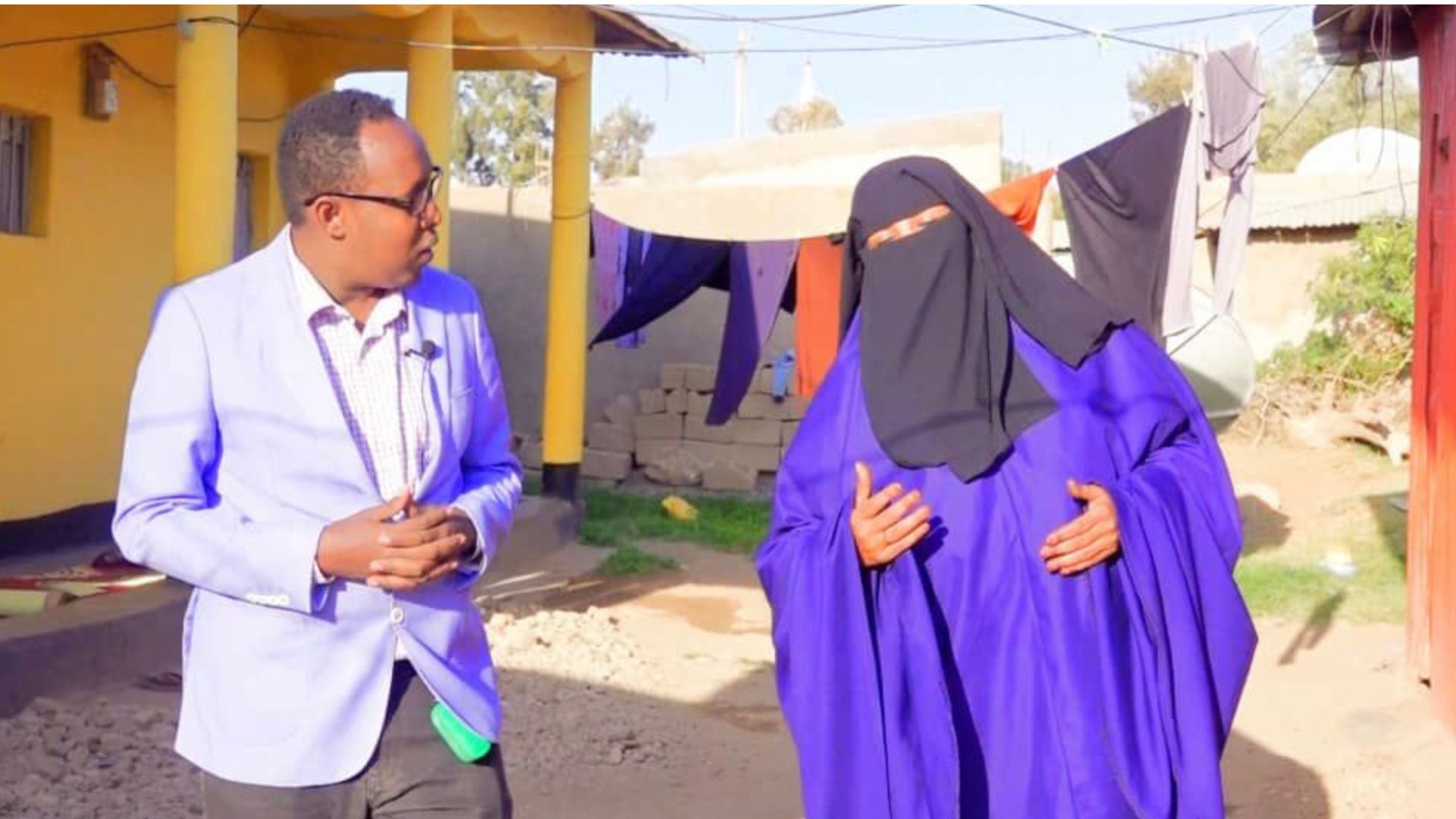 My name is Abdihakin Abdulahi Gamadiid, a Somali journalist, from universal Somali TV, Jigjiga Office. I am the general secretary of the Somali region Journalists Association (SRJA).

Type of Media and its reach:

Universal Somali TV covers and reaches around the world and specifically in the horn of Africa and is viewed by millions of viewers and followers.

“Our Media Goal: An Interview with a role model mother who used to be an FGM circumciser but abolished when she received different awareness during our great media campaigns in the Somali region”

After I won the media grant funded by GMC for the summer holidays cutting awareness campaign I visited and interviewed Fardawsa Arab Omar who is a Somali mother and previous FGM doer but just stopped after she learned the Islamic religion and obtained a lot of knowledge from different GMC training, panel discussions, debates, and awareness.

I talked with Fardowsa Arab Omar and asked her about the period of time in which she was undergoing circumcision and the reasons that led her to stop it, Right now. Who inspired her to stop, the difference between her past and present life.

Also, I asked her about the reaction of the community she met after she stopped performing circumcision.

Her life as a cutter:

After the civil war broke out in Somalia, Fardowsa immigrated to the Somali region in Ethiopia where she continued her practice of FGM when she arrived in a region where such practices were highly demanding. Before Fardowsa performed different types of FGM.
She was the breadwinner of her family and used payments from this practice to sustain the livelihood of her family.

Since Fardowsa stopped the FGM practice, her family now supports her when it comes to necessary stuff like food and shelter, and she no longer depends on earnings or payments obtained from FGM.
During her work as a cutter, she told us that she did not experience the deaths of girls but she did experience girls with severe bleeding during her practice.

She did also mention that a girl during a Summertime cutting Campaign in -2022 Jigjiga, Ethiopia died at the hands of friends that also used to perform FGM in Afgoye, Somalia, the outskirts of Mogadishu where Fardawsa used to live.

Ex-cutter talks about FGM on Horncable TV: "A young girl died this year due to FGM summertime cutting at the hand of my friends. I no longer perform FGM." Jigjiga, Ethiopia Click To Tweet

Mama fardawsa narrated to us that she actually feels bad about performing FGM, and spoke about how it was emotionally and physically challenging. She was afraid that a girl may lose her life while she was in the middle of the procedure; the fear of those chances of having uncontrollable bleeding may occur was also present and had an impact on the performer emotionally.

Fardawsa attended multiple pieces of training on FGM done by GMC and Horncable TV where she watched a documentary on FGM where survivors told their stories on how FGM affected their daily routine and the impact the FGM had in their life when it comes to marriage and giving birth.

Finding Fardowsa was not easy. We reached out to her after we traced her in her residence here in Jigjiga.
She is now a proud member of the media campaign against FGM and does oral briefings on FGM whenever she feels necessary.

“Mothers used to tell me to make the FGM procedure private without informing anyone outside the victim’s mother”.

“During my earlier years, I was happy that the FGM practice was booming and highly demanding making for me a potential market for this practice which I regret ever performing such a damaging practice”

Direct impact: The TV programme have a great impact on the other mothers who conducted circumcision of the girls to take a lesson from her and change their working behavior and also decided to stop cutting child girls. Jijiga, Ethiopia Click To Tweet Direct impact: When the programme was watched, it created a narrative in the community that encouraged families to stop FGM since the circumciser decided to stop cutting young girls. Jijiga, Ethiopia Click To Tweet

The programme has encouraged partner organisations for the eradication of FGM to award the role model mother who decided to stop FGM circumcision and create a better livelihood system than doing FGM circumcision.

The success of the programme: