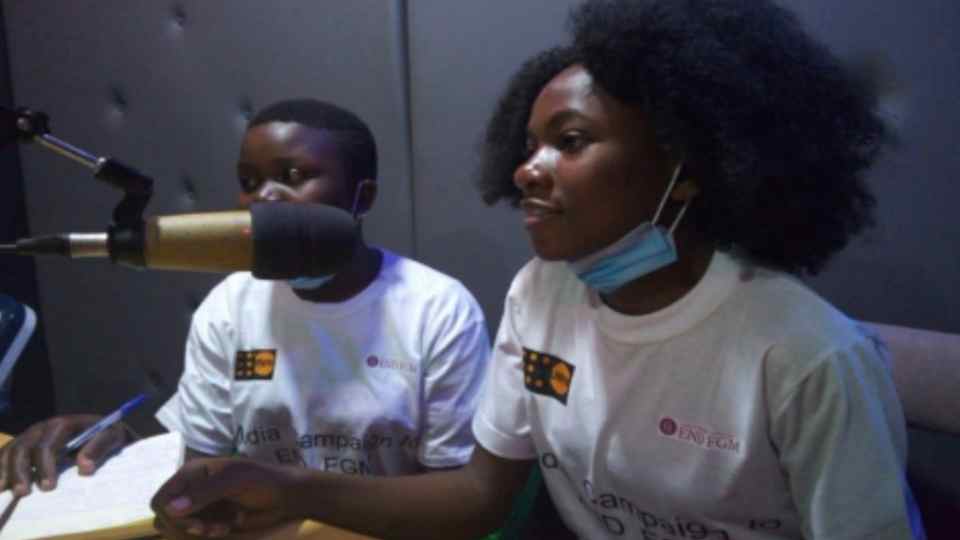 With the support from the Global Media Campaign (GMC) to end FGM with the direct action Media grant, I conducted a successful radio talk show dubbed “Education Against Mutilation and Child marriages” at Radio Togotane 88.3FM.

We hosted two young female role models who are currently in the university Hailing, both women are from the same community in Kuria. Both women didn’t go through FGM and therefore are strong role models for the surrounding communities.

We also hosted the Director of education for the Kuria West sub-county: Ms. Rebecca Maritim who spoke on phone interview live on the radio during the talk show stressing the back to school policy, full transition, and the retention of directive by the Kenya ministry of education.

The Sub-county director of education was also on air talking to parents/guardians/caregivers on the importance of ensuring access to quality and compulsory education as an alternative rite of passage rather than subjecting them to harmful cultural practices that violate their rights as she also shares education framework and statistics of school-going children from the sub-county on education to the community and ministry of education position on giving pregnant girls and young mothers opportunity to go back to school.

Several girls called in the radio station through their parent’s phones since they are on summer half-term school break from school; one scenario was of a 13years old class eight primary school girl (name hidden for confidentiality purposes) called in during the session and narrated her story how her mother had to hide her away from Kuria community during the December cutting season and also determined this summer not to accept any persuasion to the cut. She also ascertained that she is determined to pursue her education to join secondary school come next year and later go to university just like M (Miss Catherine Marwael) and become a sociologist.

Yes, being an End FGM activist from the Kuria community to some extent running a media project has posed to come along challenges coming from a rural setup where there are poor internet issues and the majority of the people I advocate for have little knowledge on social media campaigns strategies.

In some incidents, political goodwill is an issue in Kuria as most politicians support FGM in Kuria because of votes.

With the support of media support from GMC, We have strengthened our link with the Radio station Togotane FM in that the management at some point invite us to radio talk hours shows geared towards ending FGM.

I will invite more influencers especially Parents, Young women role models, the elders, and the FGM Survivors to forge their support publicly towards End FGM.