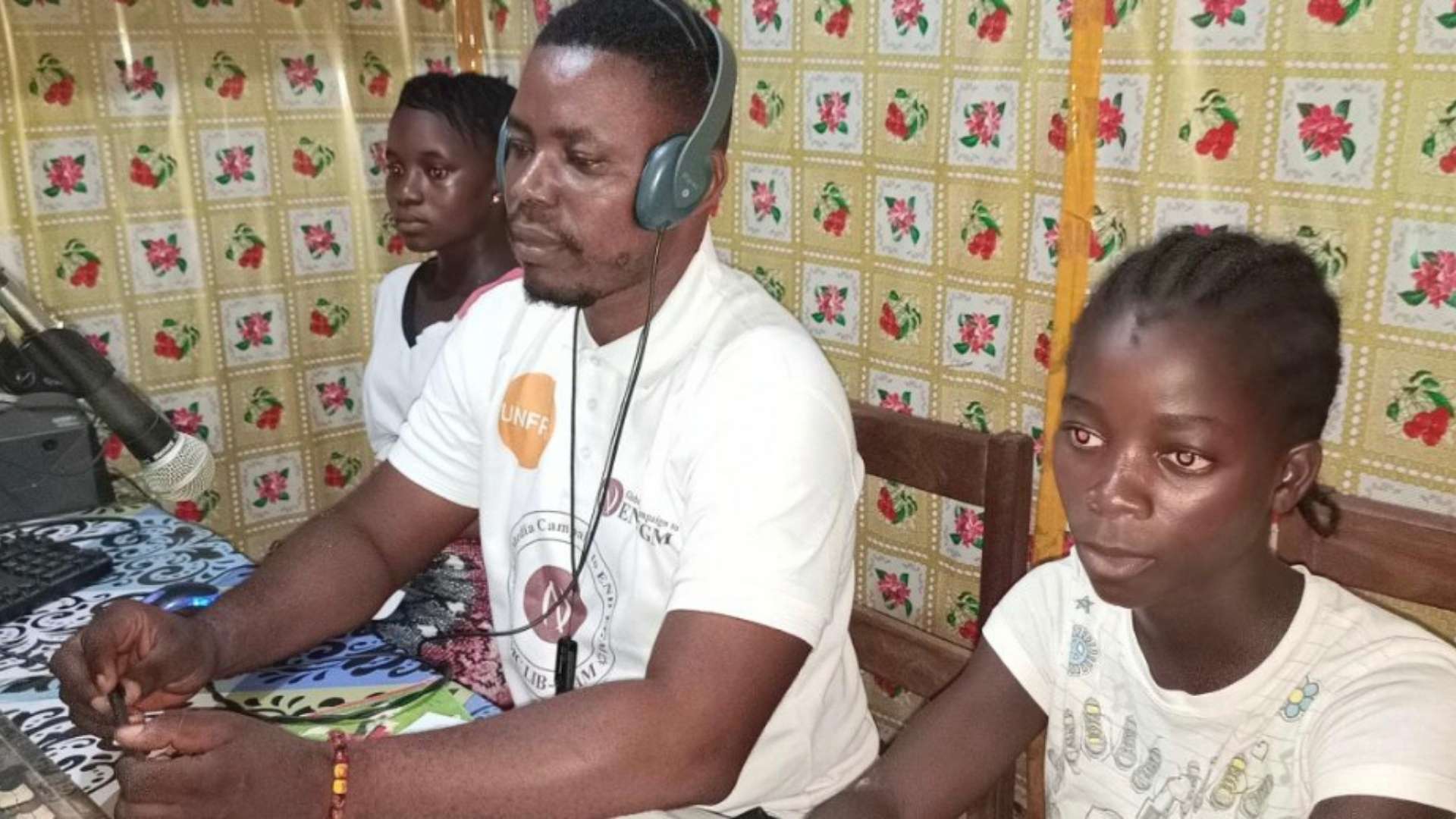 Team ‘stop the cut’ appreciates the Global media campaign and partners for their support towards ending Female Genital Mutilation (FGM) helping to put a stop to the practice and protect the future of women and girls in our communities.

The team appeared on the radio to discuss the harmful practice of FGM and its negative impact on the lives of girls and women in our communities. Two school-going children, one being initiated and the other who is not yet appeared along with a religious leader, an activist, and media personnel to discuss. The first girl explained her experience and how it has affected her life negatively and kindly pleaded with those involved to stop the act.

Major topics discussed during the radio outreach were:

Team members include but are not limited to Alpha Konneh Lalugbah an activist, Pst Philip Vandi, Fatmata Kanneh, a student, Mariama Musa a student also, and Ibrahim Ganda the team leader.

The team was broadcast on Radio Vahun FM 100.5

Radio Vahun is situated on the border with Sierra Leone, and about 90% of girls and women believe in the practice, during the radio discussion on June 16, 2022 lot of calls were made and about 50% were against the discussion while others who don’t have pre-knowledge on FGM appreciated our discussion and loudly say on the radio that they will never form part of the FGM.

“I will never form part of such act, it is devilish.” Supported by 50% of listeners Liberia End FGM media Campaign is Working Hard to Sensitise against FGM   Click To Tweet

Many calls sounded the same while others were totally against the discussion and their calls were the opposite of these callers.

If you were to carry out this activity again, what would you do differently?

During this awareness campaign, the team targeted approximately 75,000 people from the Vahun district which comprises three clans and areas that share the border with Sierra Leone.

This includes women, men, children, religious leaders, persons with disability, traditional leaders, cutters, and local authorities among several other sectors in our district.

We want to extend our thanks and appreciation to GMC for the support.