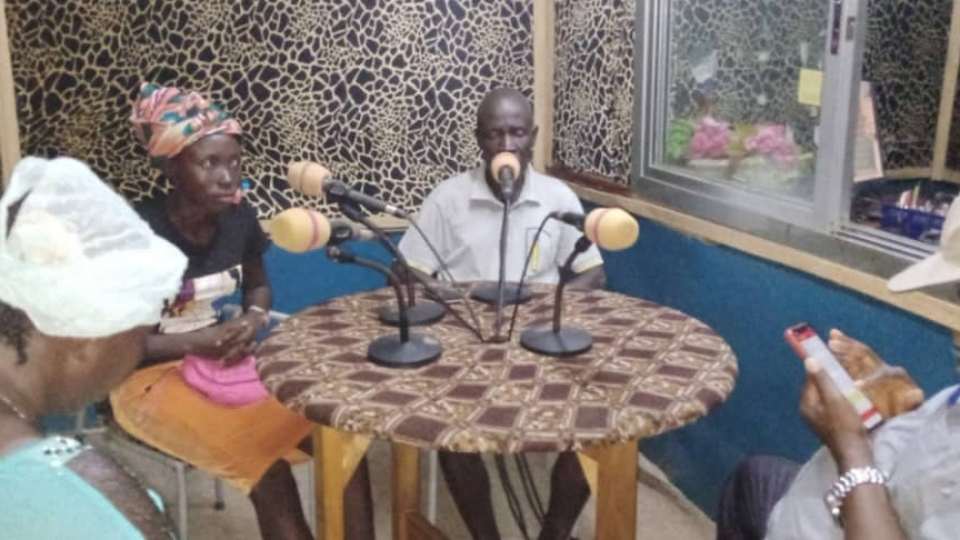 The Global Media Campaign (GMC) funded Team Tonkolili for a media campaign on June 16, the Day of African Child.

The topic of discussion was about the effects of FGM on women and girls, and what Paramount Chiefs, Sowies, Religious Leaders, and teachers can do for the total eradication of the practice. We targeted an audience of 850,000 and eventually ended up reaching 870,000 people in Tonkolili District and the area surrounding as the radio stations have a wider coverage. The phone lines were open for text and WhatsApp messages by listeners and invitees include the representatives of Paramount Chiefs, teachers, religious leaders, schoolgirls, and parents.

The role of the paramount chiefs, teachers, and parents was to let people understand that the issue of FGM is serious and needs to be discouraged out rightly. The role of invited school girls was to also let their colleague pupils, especially the uncut to understand how it feels to be cut. The role of invited religious leaders was to let their congregations know that FGM is not part of their religion. The presenters’ role was to bring out messages through the questions directed to invited guests in the studio.