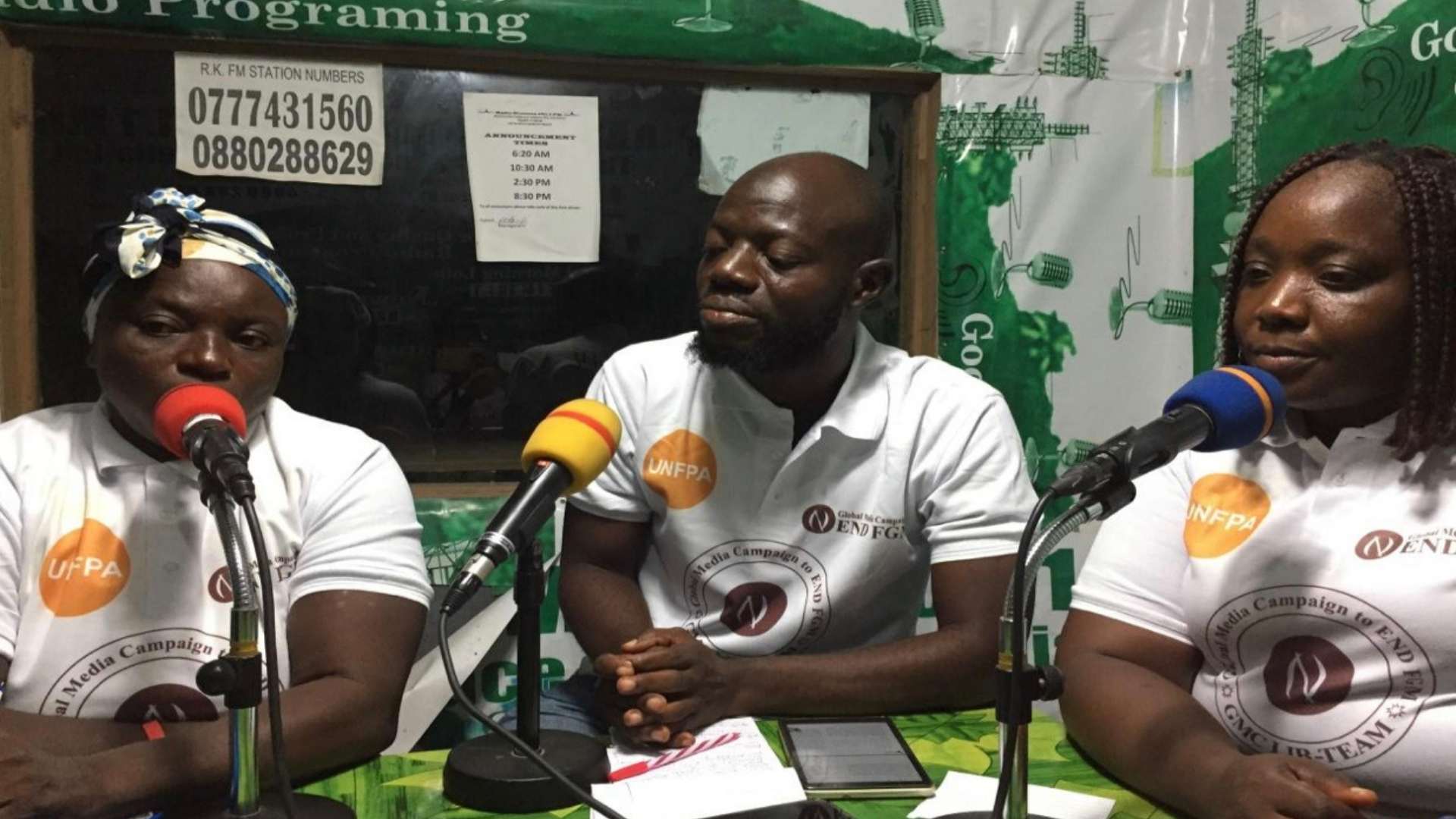 Save Our Women & Girls from FGM (Cutting)

This team of activists, women groups, journalists, and human rights actors who benefited from the cross-border FGM training in Foya Lofa County during this campaign had one Radio Talk Show on Radio Kintoma and another Talk Show on Radio Voice of Lofa.

The team’s major talking points were the danger or risk involved with FGM on our women and girls and our community or society as well.

The project has been very successful in the fight that this is the first time for FGM campaigners to have a wider platform to discuss the issue of FGM because a lot of people still see FGM as a taboo.

There were several callers with mixed reactions to the awareness with 75-80% being in support of the campaign to end FGM while few others said it’s a tradition that cannot be changed.

“We as citizens need to petition our lawmakers to come up with legislation to prevent the practice as a country”. Mr. T. Washington Chekor of Foya district Click To Tweet “Look, the best thing we can do for our girl's children so to support them in the normal academic school and not the bust school; to tell you the truth, our people are just doing this for money-making and so the end to put a stop to this… Click To Tweet

These radio talk shows we believe have helped to amplify and widen our message amongst community members on the harm of FGM especially those health implications against our females.

Several young women met us after the radio shows and commanded us for a great job and said even thou they could not be called on the shows because of fear of their parents.

The only challenge we as a team encountered during the campaign period was the fact that some community members personally engage as that we are being paid to create such awareness and that we may not continue but we have the promise to continue these engagements in our various communities even in the absence of donor funding.

“My parents almost took me to the bush when I was small but it was my aunt who save me by taking me to Ghana so I am joining this campaign to put an end to this harmful practice” Mawata Kamara of Barkedu town in Quardu Gboni District. Click To Tweet “My brother came down from the US and married a beautiful lady and took her to the US but later divorced and deported her after he discovered that she went through the cutting and that lady is living with that trauma so this cutting must… Click To Tweet

During this ester awareness campaign, our team targeted approximately 120,000 people from Voinjama and Quardu Gboni districts as well as Guinean towns that are bordering Liberia.