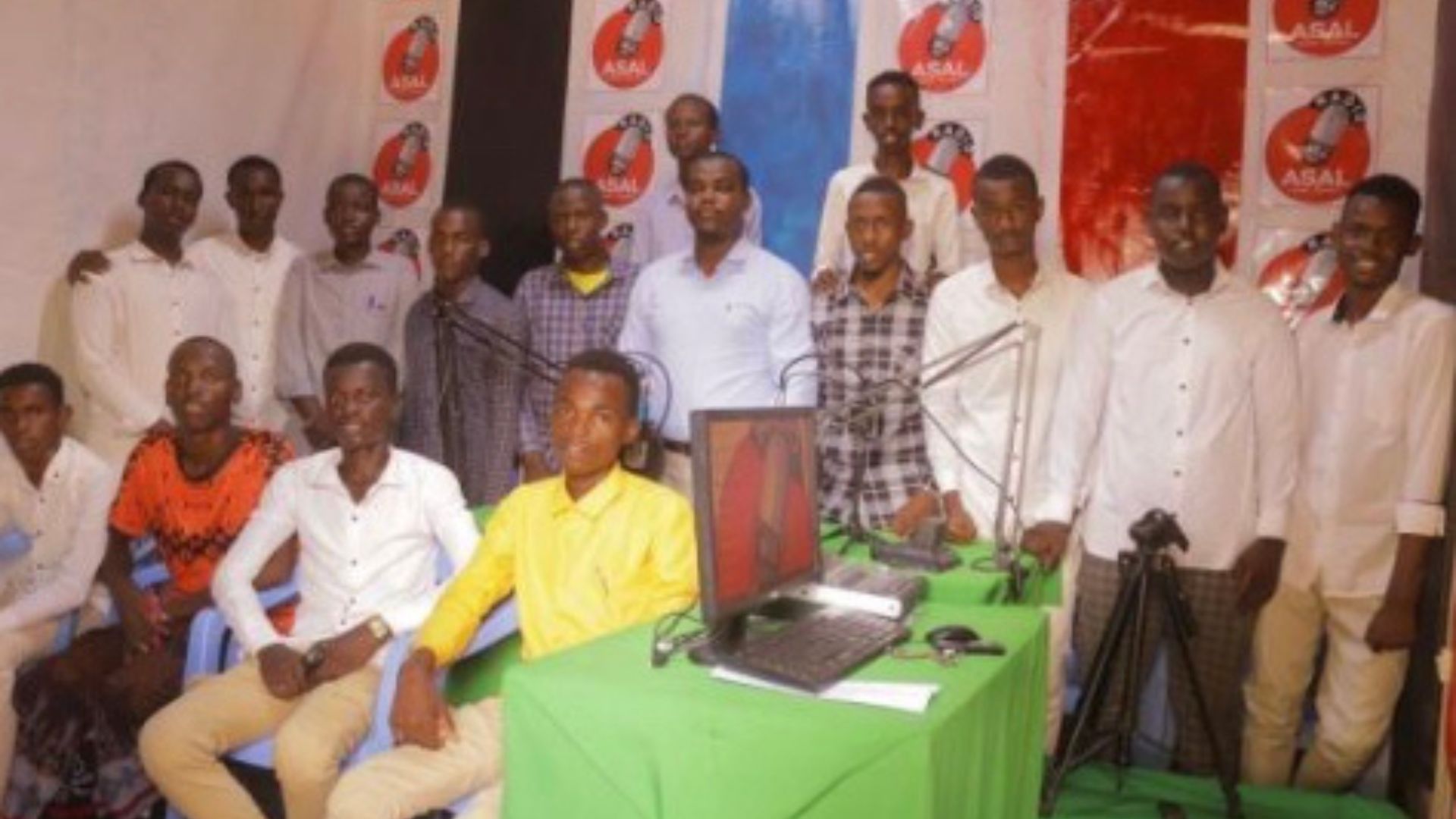 Awareness meeting attended by some of the students of Jowhar Public Schools at Hir-Shabelle State such as Horseed Primary and Secondary School, Sheikh Hanafi, Imam Shafi’i, Sheikh Hassan Barsane, and Sheikh Hussein Ade School spoke about the real problems girls are subjected to FGM.

At the headquarters of Asal Radio in Jowhar, where the meeting took place, the students reported one by one the daily incidents that take place in Jowhar, especially the issue of female genital mutilation.
Some of the students confirmed to us that they had witnessed young girls who had undergone female genital mutilation (FGM) suffering from bleeding and other medical conditions.

The youths called on the religious leaders of Jowhar town, parents, and doctors to stand up against female genital mutilation to save the future of Somali girls, especially those in Jowhar town.

"The main reason for the divorce or breakdown facing Somali families is due to female genital mutilation." Sharmarke Omar Abdulle. Students share their experiences of witnessing FGM after effects, to end FGM Hir-shabelle State, Somalia.  Click To Tweet

Sharmarke went on to say:

"A girl who has undergone female genital mutilation does not have respect for her husband because the girl has no value for her husband and that is why many Somali families have broken up." Sharmarke Omar Abdulle. Students share their… Click To Tweet

To solve this problem that we have been tired of for many years, we must stop circumcising, in addition from the day the girl is circumcised until she gives birth she is in poor health and scared.
According to Abdisamad Hamud, the various guidelines given by the youth who attended the meeting generally strengthen the mechanisms that can facilitate the elimination of female genital mutilation.
Abdisamad Hamud is one of the students who attended the awareness meeting, he said:

"We know that many mothers are engaged in the practice of female genital mutilation (FGM) as if these mothers are taking revenge on their daughters." Abdisamad Hamud. Students share their experiences of witnessing FGM after effects, to… Click To Tweet

It is easier and safer for us to keep girls out of FGM because we often see or hear that girls who have been circumcised die of bleeding while others have contracted diseases when they were circumcised.

The youths discussed in depth the importance of marriage for uncircumcised girls so that they can have a comfortable life and be protected from the infectious diseases that often occur in girls when they are circumcised.

The meeting was of a high standard and it is comparable to the youth of Jowhar town to choose the type of woman they want to be a girl who has not been circumcised.