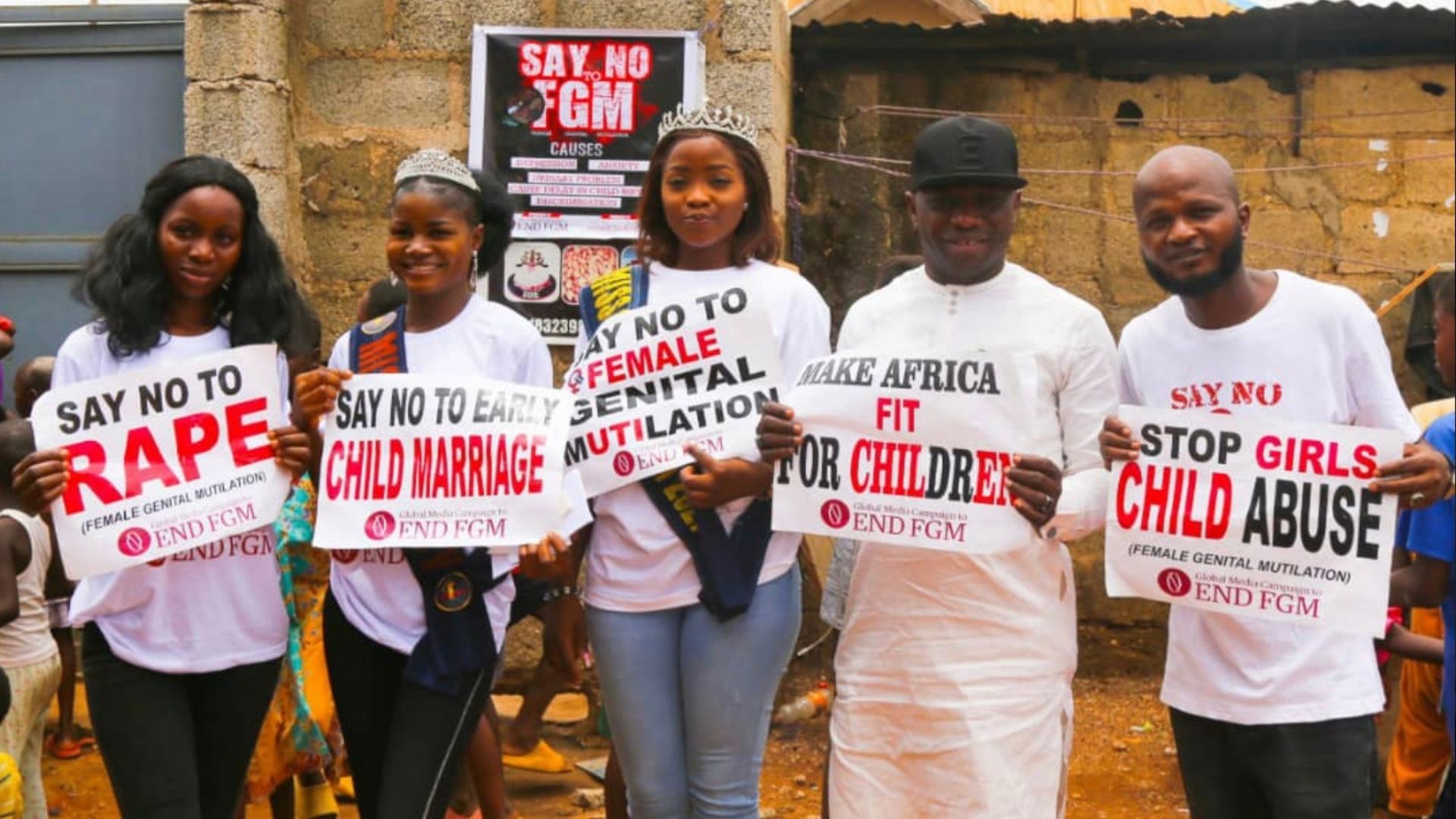 Our activity took place at Kurudu/Azhata Community Abuja Nigeria, where I hosted Miss Gbagyi Nigeria with her Entourage, talking on the subject of Female Genital Mutilation (FGM).

We had few large audiences, despite the rainfall that took most of them to farm, I was delighted that Miss Gbagyi Nigeria and I Shared vital information on FGM, to my greatest surprise, we had two survivors and an elderly lady who goes by the name Mrs. Cecilia Mattew and Mrs. Hanna Saleh Mother to her daughter an FGM survivor.

"I'm a survivor. The circumcision of girls or women was performed by our forefathers to reduce promiscuous of women in the community, and as you can see today our girls who are only 10 years old have knowledge of sex and have… Click To Tweet

Mrs. Hanna Saleh, who gave an insight about FGM:

"I'm a Christian that got married to a Muslim and my Daughter was mutilated, and since I noticed the process she went through I want to speak out against FGM." Mrs. Hanna Saleh Click To Tweet "I never wanted her to know about it. But we need more of this awareness to be known to the public, I never wanted to tell her, because she May hate me for putting her through it" Mrs. Hanna Saleh. The mother of an FGM survivor shares… Click To Tweet

Azhata community was surprised by the harmfulness of FGM. Today the majority of people are still practicing this dangerous act on our girls.

"We need more of this awareness in our community, my sister who got married to a Muslim man was circumcised and they are kicking against it because their daughters must not go through such pain." Click To Tweet

My Challenges during the campaign:

He for she, because I’m a man talking about FGM none of the women wanted to respond until Miss Gbagyi spoke.

I planned to have more than five hundred crowds, but early rainfall that morning lead most of them to farm in summary the later turn-on during the ending part of the events, led to more renting of chairs and refreshments.

Senior Adviser to the president on People Living in Disability didn’t show up due to an Official assignment in Benue state.