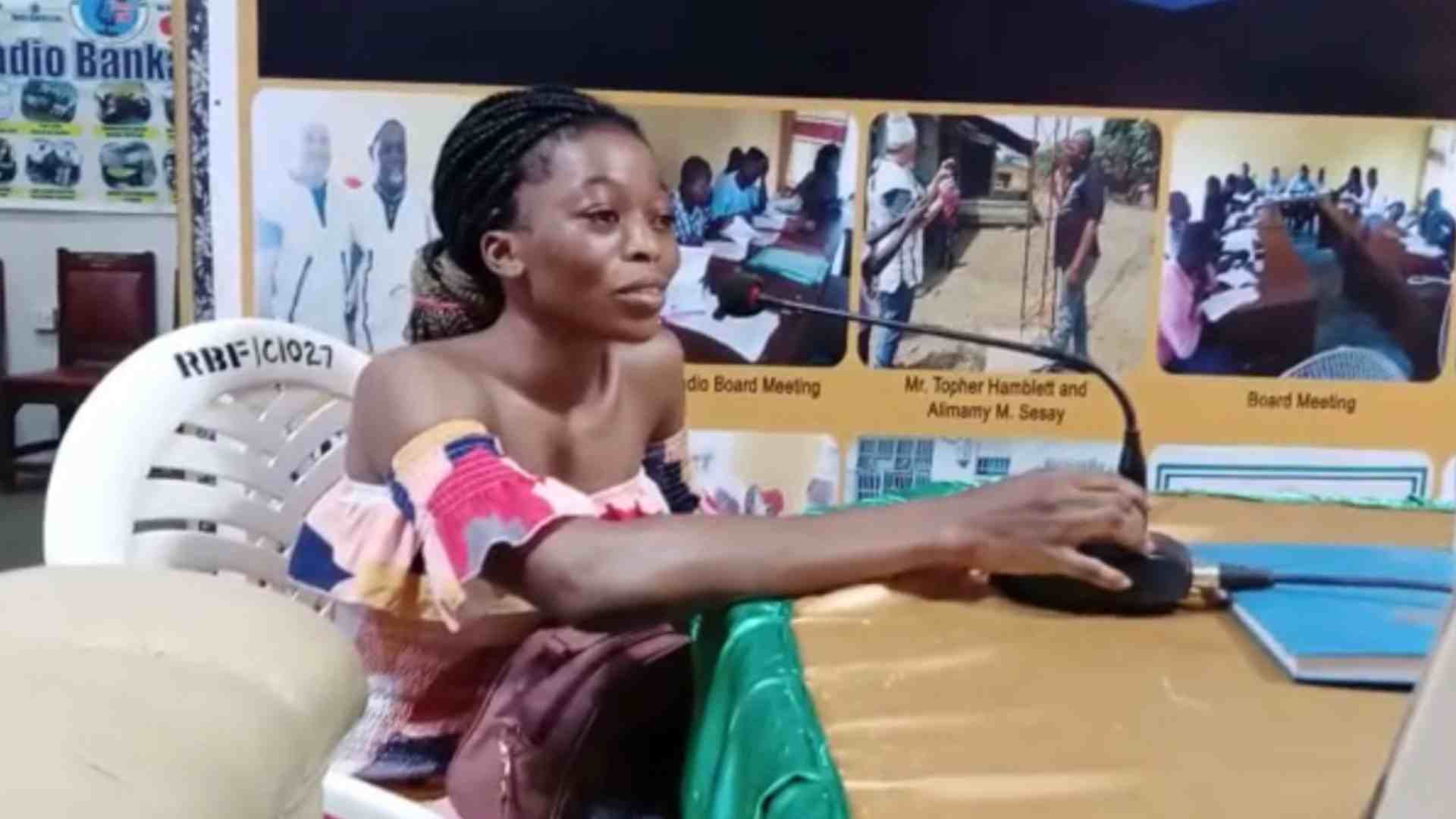 This report covers the recent media engagement on the eradication of Female Genital Mutilation in the Port Loko district.

People in the targeted communities should have been adequately informed of the dangers and implications of the FGM practice. Young girls are expected to be demotivated for the act as well as those who find the act as their source of income, will find this act to be evil.

How the activity was implemented:

Journalist Units against FGM in Port Loko having received funds from the Global Media Campaign, held a meeting to draw an implementation/work plan. The work plan was scrutinized to fit in during the International Day of girls -IDG.

We agreed that we engage the media in a radio discussion program at radio Bankasoka in Port Loko city which has the widest coverage in the northwest region of Sierra Leone.

We sat to discuss who should constitute the panel for the radio discussion programs and agreed that the following categories of people MUST be involved.

So because it’s a day internationally recognized for girls, we agreed all panelists would be girls from divergent situations. That is, cut, uncut, initiates of the “Bondo without blood” and an activist girl from Plan International.

The radio discussion programmes were then negotiated with the Radio Station Manager and we succeeded in acquiring the peak time which is normally from 8:00 pm to 9:00 pm. Text messages were allowed and these brought us positive feedback from listeners, for which about 90% either called to support the campaign or call to share negative experiences got as a result of going through FGM. Few messages however came up to express concerns for the continuity of the Bondo and or the economic situation of “Sowes” (Initiator) women.

From the feedback received during the radio discussion programme, and with the previous jingles, it is evident that People in the targeted communities are been adequately informed of the dangers and implications of the FGM practice. Girls are been demotivated for the act as well as those who find the act as their source of income, will find this act to be blood money.

The girls as panelists were able to express themselves emotionally calling on both parents and girls to refuse the cutting in the Bondo society.

The campaign should be extended to all chiefdoms in the district as all of them have young women that are about to be tortured.