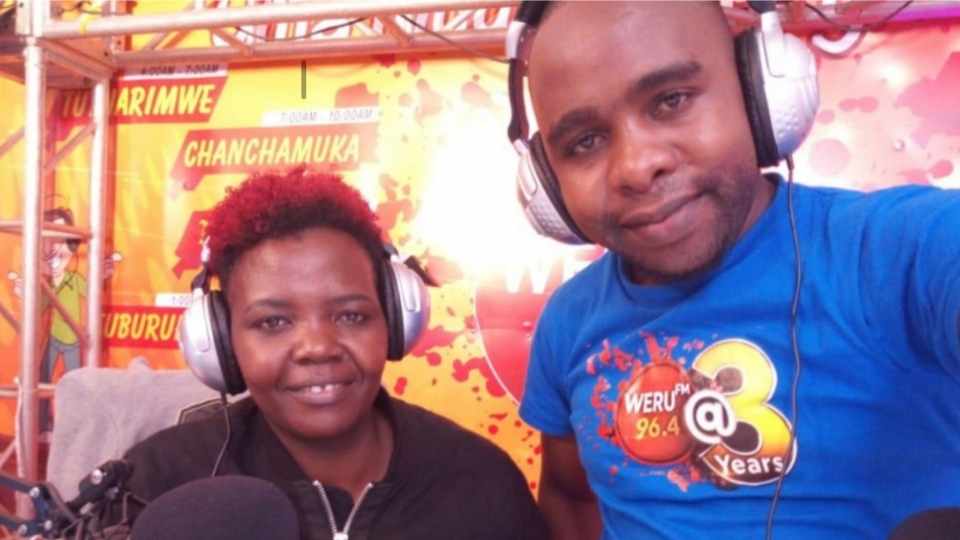 Catherine Thiakunu is an anti-FGM campaigner who is based in Meru County, Kenya. This campaign involved a powerful radio talk show which was aired and reached an estimated 11 million people.

Theme: “Access to the children-friendly justice system in Africa”. We had 1 live show on Weru radio stations. Weru FM is a 24-hour station broadcasting in the Meru dialect and targeting the larger Mt Kenya East region that covers Meru, Tharaka Nithi, Embu, Isiolo, and Laikipia Counties and Kenya’s capital Nairobi.

It can also be heard at the Coast, Eastern, Central, North Eastern parts of Nyanza and Worldwide via live stream. With a population reach of over 11 million people.

Our topics of discussion were: FGM law, the definition of FGM, Origin of FGM, myths, and beliefs surrounding FGM in Meru County and its environs, why engage men in the fight against FGM, types of FGM, and children act 2001.

Catherine was joined live via phone by a Male champion who explained the role of Men in Ending FGM extensively to the listeners. The most common issue that came up was why to involve men in women affairs and FGM is a men affair therefore they should be involved fully in ending FGM.

Children’s officer from the county government expounded on the children act 2001.

“No person shall subject a child to FGM, early marriages, or other cultural rights, customs traditional practices that are likely to negatively affects the child’s life, health social welfare, dignity, or physical or psychological development.”

Our media project was successful we were able to communicate with our audience by use of local dialect and interacting with them live where they could ask questions via calls and messages.
During our live show, our listeners called and texted asking questions that we were addressed during the sessions.

Others commended the team for the good work.

The most common issue that came up was why to involve men in women’s affairs.

During our live show, we were able to interact with listeners from roughly 4 counties Meru, Tharaka Nithi, Isiolo, and Embu County. The listeners called to express their gratitude because we honored their wish of coming back to the show once again.

We would train influential people in the community who be trainers of trainers. We have also identified a group of girls with an FGM message in form of a song. We would facilitate this song to record and be played in different media houses and gatherings.