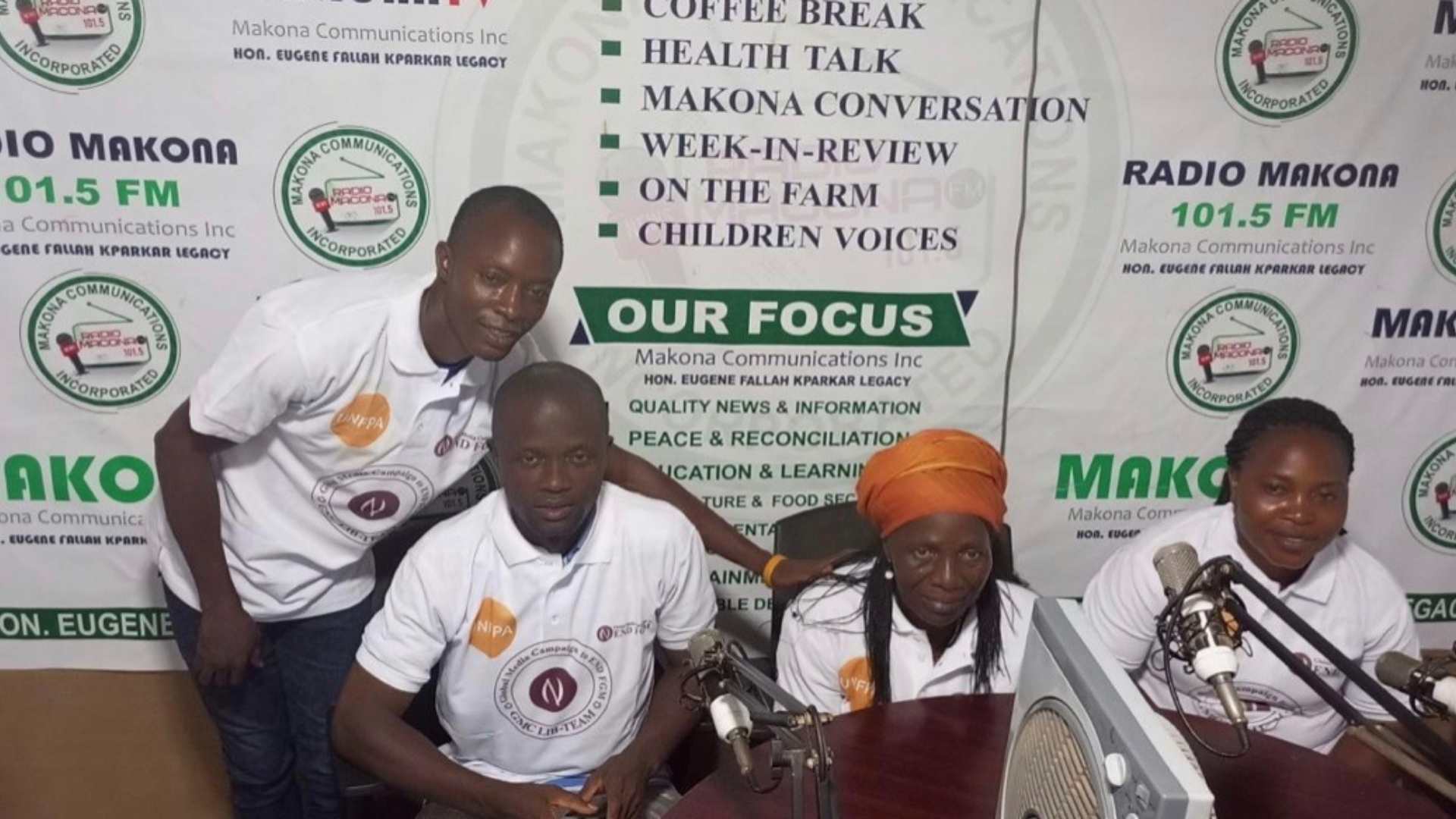 The movement to Stop FGM in Our District

This team of activists, women groups, journalists, and human rights actors who benefited from the cross-border FGM training in Foya Lofa County during this campaign had two Radio Talk Show at Radio Makona on April 12th and the 15th, 2022.

The team headed by Mrs. Emmanuel M. Sowah during the two talk shows brought together Mrs. Kumba Saah focal person for SGBV in Foya Mr. Ismile Isaac James of the Muslims cancel and Mrs. Esther S. Moses mid-wife from the ministry of health.

The team’s major talking points were the danger or risk involved with FGM on our women and girls and our community or society as well.

The movement to Stop FGM in Our District @radio Makona 101.5MHz

The project has been very successful in the fight that this is the first time for FGM campaigners to have a wider platform to discuss the issue of FGM considering the fact that a lot of people still see FGM as a taboo.

We had a few callers with mixed reactions to the awareness with 60-75% being in support of the campaign to end FGM while a few others said it’s a tradition that cannot be changed.

These radio talk shows we believe have helped to be an amplifier and widen our message amongst community members on the harm of FGM especially those health implications against our females.

Satta John from waum Administrative District, “my husband abandon me and the children because of less sexual feeling from my said and married another woman and hope that this campaign will put an end to this harmful practice”.  Click To Tweet

If you were to carry out this activity again, what would you do differently?

During this ester awareness campaign, this team targeted approximately 145,000 people from the Foya statutory district which comprises two Administrative districts and our two sister countries that is Sierra Leone as well as Guinean towns that are bordering Liberia.

This includes women, men, children, religious leaders, persons with disability, traditional leaders, cutters, and local authorities among several other sectors in our district.