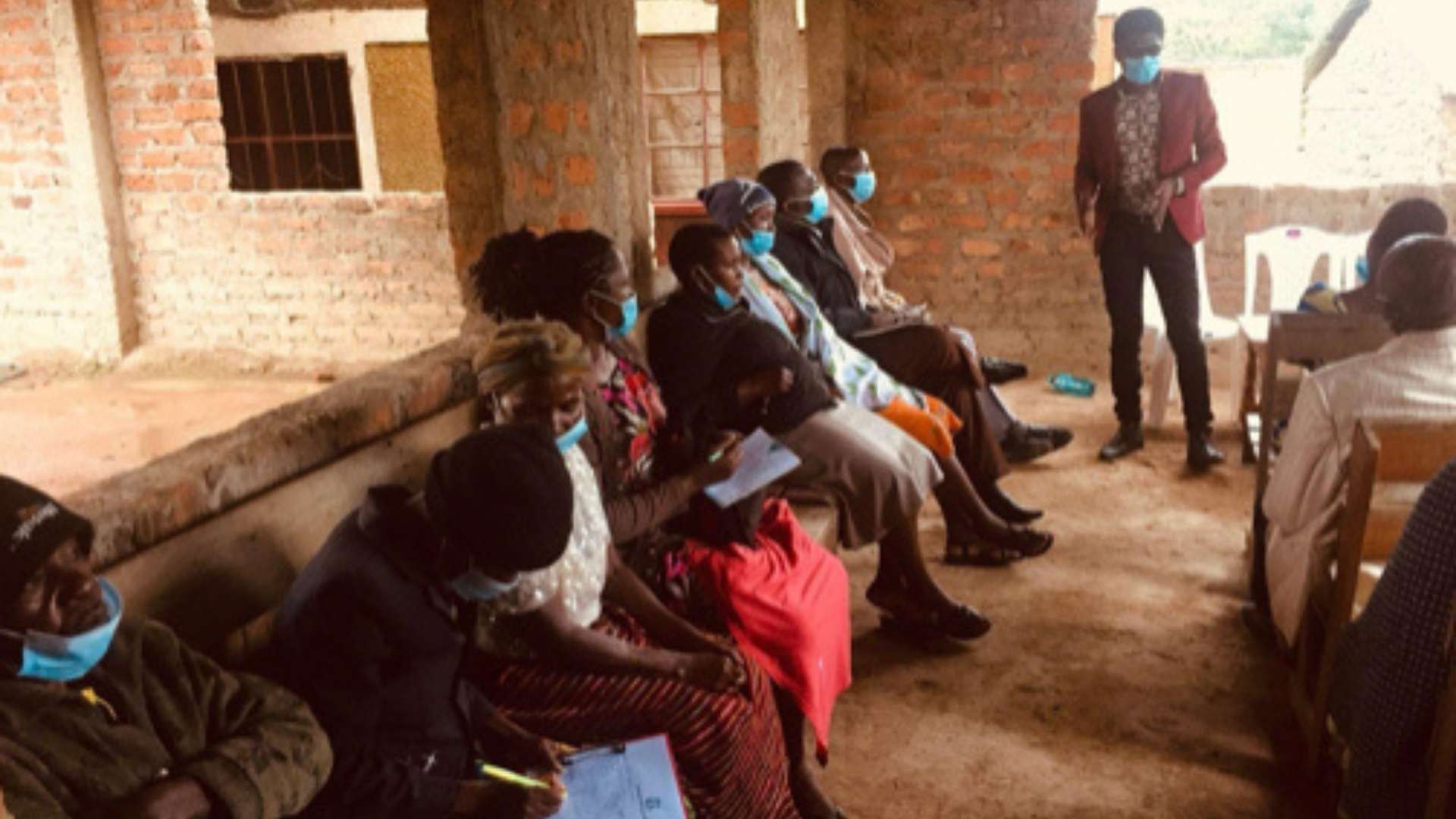 For 16 days of activism Christine Alfons, an anti-FGM campaigner shares her campaign that involves parent talks on the subject of Gender-Based Violence (GBV) and organises radio jingles to talk to the local community about ending GBV.

28 parents were engaged in understanding the theme of the year which is End Violence Against Women now. Parents were engaged by a social worker who has deep knowledge about GBV, in understanding the different forms of violence that women face in the community such as, physical abuse, sexual violence, economic violence, and physiological violence and he also shared with the parents on the referral mechanisms used in reporting cases of GBV and how to help even men who are faced with violence as most of them tend to replicate this on their wives.

One role model parent who joined in as a facilitator shared how she had enlightened her daughters to understand FGM as violence which cuts across all the violence above and this made them stand firm and say no to FGM. She urged parents to enlighten their daughters and help them say no to FGM.

The recorded message on the forms of GBV that exist in our community, how to report such cases, and the need for everyone to protect women and girls for a better and productive community. Was aired on Radio Togotane which has approximately 800,000 people. This was aired for four days.

As a result of the parent’s engagement session 3 parents shared about 2 young girls who are being defiled by their fathers, these are 2 different families:

“I have a neighbour whose wife ran away because the father was constatntly defiling her daughter, she did not know how to go about reporting this case thus ran away and left the man with the children, I will need your support in pursuing… Click To Tweet

We have taken up these cases and we will be following them constantly.

One parent shared how she did not know that women being denied ownership of property was abuse.

“For long, I have just known that women should not own anything, all property are for the husband including land, livestock, and any other big investment but from the discussion, I am learning that women can own land and other… Click To Tweet

Through the radio jingles, people in the community have been enlightened, and they know what GBV is and how they should report such cases. I met with one lady who shared with me that she heard about the toll-free number that she can call for help on issues of SGBV, she had called to report a certain case about a girl who is being defiled by a neighbour for some time now. I shared this with the radio management and they decided to add us days on the 7 days paid, they agreed to play the jingle for the entire 16 days of Activism to reach more people, this was so kind of them.

We had planned to have the Assistant County Commissioner as one of the facilitators, but she was not available since she had some issues to attend to at her home, we hope to engage her another time.

We also hoped to have a nurse/ health worker but on the day she was to come she got so ill and referred someone to pick up the sessions which were very well delivered.

These led to us rearranging the topics of discussion but it did go very well and most of our intended topics were covered.

“Rape cases are on the rise and this is with someone the girls know or live with, and many people are fearing to report such cases because they are threatened by the perpetrators.”

When men get abused or frustrated they reciprocate this to their wives and children, there should be centers that can help men who are depressed and dealing with stress and frustration.

Some of the unexpected wins are:

This was the unexpected Challenge:

The time for the dialogue with parents was limited, the session took 3 hours but the parents were willing to go on with the discussion

For the jingle, I would use the voice of someone very influential in the community, I.e religious leaders as they have so much influence.

For the parent’s engagement, I would consider having the whole day discussing since the 3 hours were so less for the discussion and the parents were willing to go on with this.