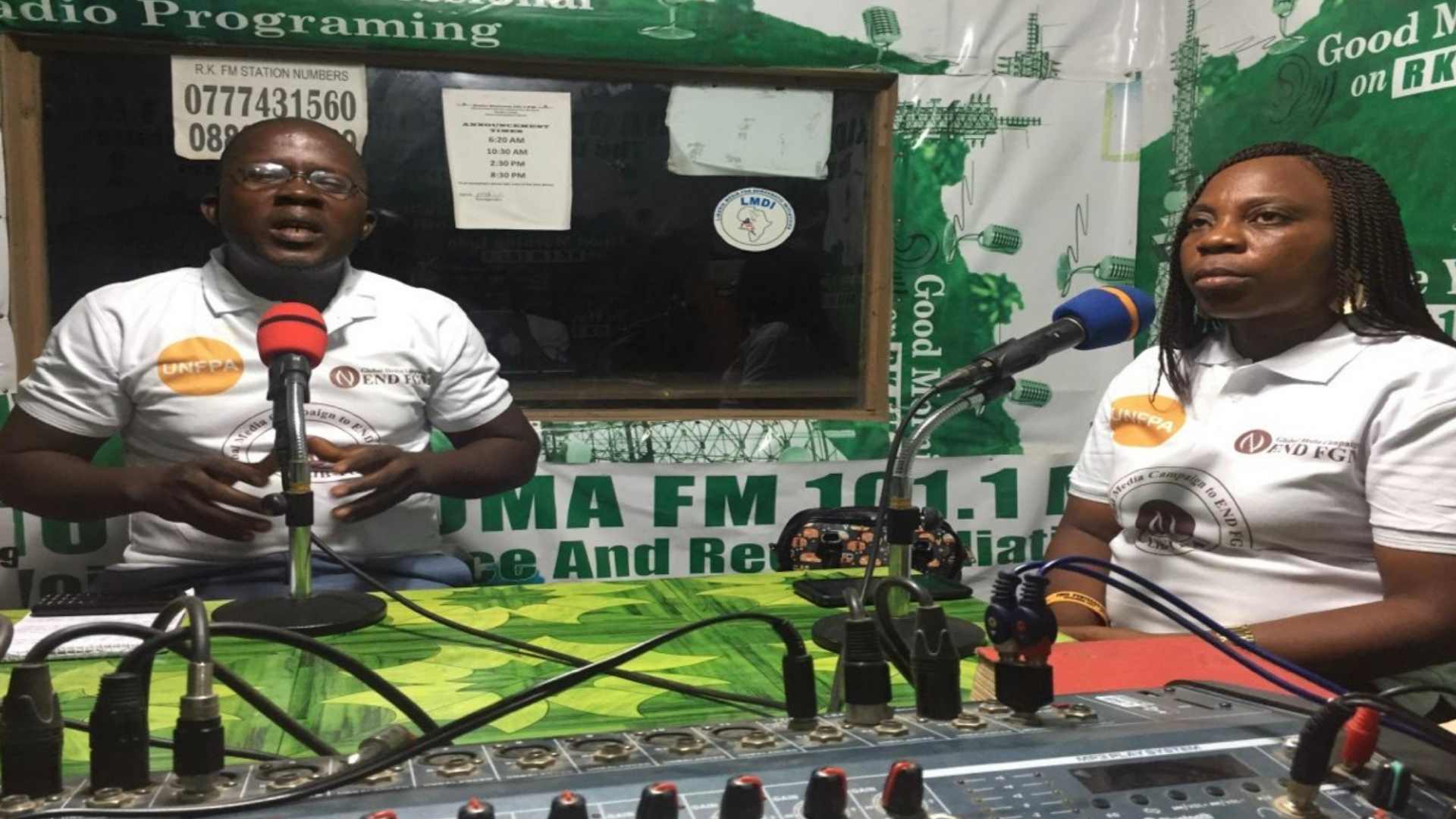 Stop FGM (Cutting) and Save Our Future

This group involves journalists, human rights actors, and disabled persons who attended the FGM training in Foya with the armed of ensuring the issue of FGM is abolished. The issue of FGM has and continued to affect our women and girls negatively, especially in rural communities like ours where the practice is very strong.

The government of Liberia recently imposed a three-year ban on the practice of FGM; this we see to be a plus to this global fight.

In this light, we invited Boakai Yamah Coordinator, He for She Crusaders, Pas. Alfred Lamina Liberia Council of Churches and Mrs. Beatrice Kanneh from the Foundation for International Dignity (FIND) to intensify our awareness campaign through these media engagements.

These radio shows have increased sensitisation for our people thus having grate impact on ending FGM by discussing the danger or risks associated with FGM to women and girls in our district.

We had a successful campaign during this Easter season because things went as planned and there was a lot of positive feedback from our community. We received several calls from the public with mixed reactions to the awareness with the majority supporting the fight seeking to end FGM after outlining some of the effects the practice has on our women and girls including our society as well.

These radio talk shows have widened the debate amongst community members on the issue of FGM especially those health implications for our females.

Have you encountered any difficulties in the planning or execution of your media project?

Our team targeted approximately 110,000 people of the mixed sector from two main districts including Voinjama and Quardu Gboni districts as well as Guinean towns that are bordering with Liberia