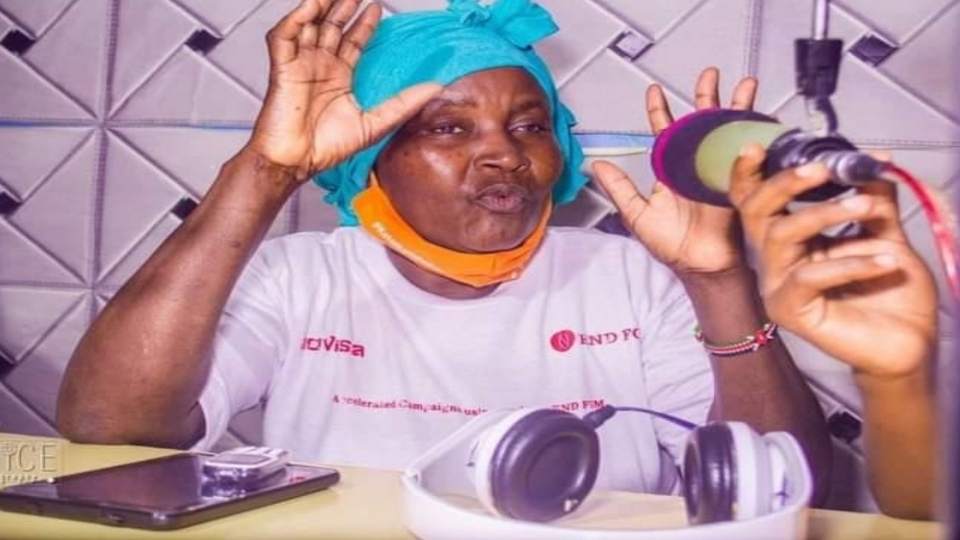 With support from Global media Campaign, we had a radio talk show at a local Radio Togotane 88.3 FM. We invited two influencers; Merida Omahe- Maendeleo ya wanawake chairperson in Kuria West Sub-county.

the conversation was about the role of parents in protecting their children especially girls against the cut during and after this festive season.

We also invited Catherine Marwa-Kuria, a University Student who is Deputy President, to speak with the youth on their role in saying no to FGM in this generation since youth has the immense power to rally against FGM.

Radio Togotane 88.3FM is a new local station in Kuria-Migori county Kenya that has been embraced by the Kurian Community hence has a wider reach of over 560, 000 listeners drawn from different categories of generations and this is the wide population which we were able to reach out to during this radio talk show supported by GMCtoEndFGM.

The panelist was chosen among the influencers in the community of Kuria, they were able to encourage the listeners, share challenges and positive change stories towards the abandonment of FGM.

The maendeleo ya wanawake Chairperson for Kuria west; Mrs. Merida omahe was also able to talk to mothers encouraging them to fight for their daughters against the cut/FGM.

Also, Miss Catherine Marwa being a student leader in the community was able to talk to the youth to stand up and speak against FGM as elites in the Kuria community.

Being an End FGM activist from the Kuria community, to some extent running a media project, has come with challenges. Coming from a rural setup where there are poor internet issues and the majority of the people I advocate for or with has no much knowledge on social media campaign strategies.

In some incidents, since political goodwill is an issue in Kuria most politicians do get some thoughts that are either spoiling for them since the majority of them support FGM in Kuria because of votes.

Most listers had the opportunity to ask questions and make comments during the radio talk sessions as a sign that local radio is a powerful tool.

Some were supporting the panelist/influencers quest to end FGM and during the session, one caller was a survivor of FGM who came out boldly to share her story, difficulties she faced to a point of developing a health risk, fistula, and suffered too much when she was giving birth to her two children and even after that she could not give birth to more children. This was a plus to the discussions.

In equal measure, some listeners made calls challenging us that FGM is a cultural practice that we will not end soon.

One of the wins is making a great partnership with the Radio station to continue with the End FGM Campaign, listeners appreciating my work towards activisms against FGM, and finally having a survivor who called during the session and highlighted her personal experience because of FGM.

One major challenge is limited resources to keep the conversation going on through the same media station.

We reached over 560,000 listeners across the Kurian community.

We managed to strengthen our link with the Radio station Togotane FM in that the management promised to always consider giving us free radio talk hours to advance conversations towards the campaign End FGM.

We would invite more influencers, especially the elders and the FGM Survivors to forge their support publicly towards End FGM.