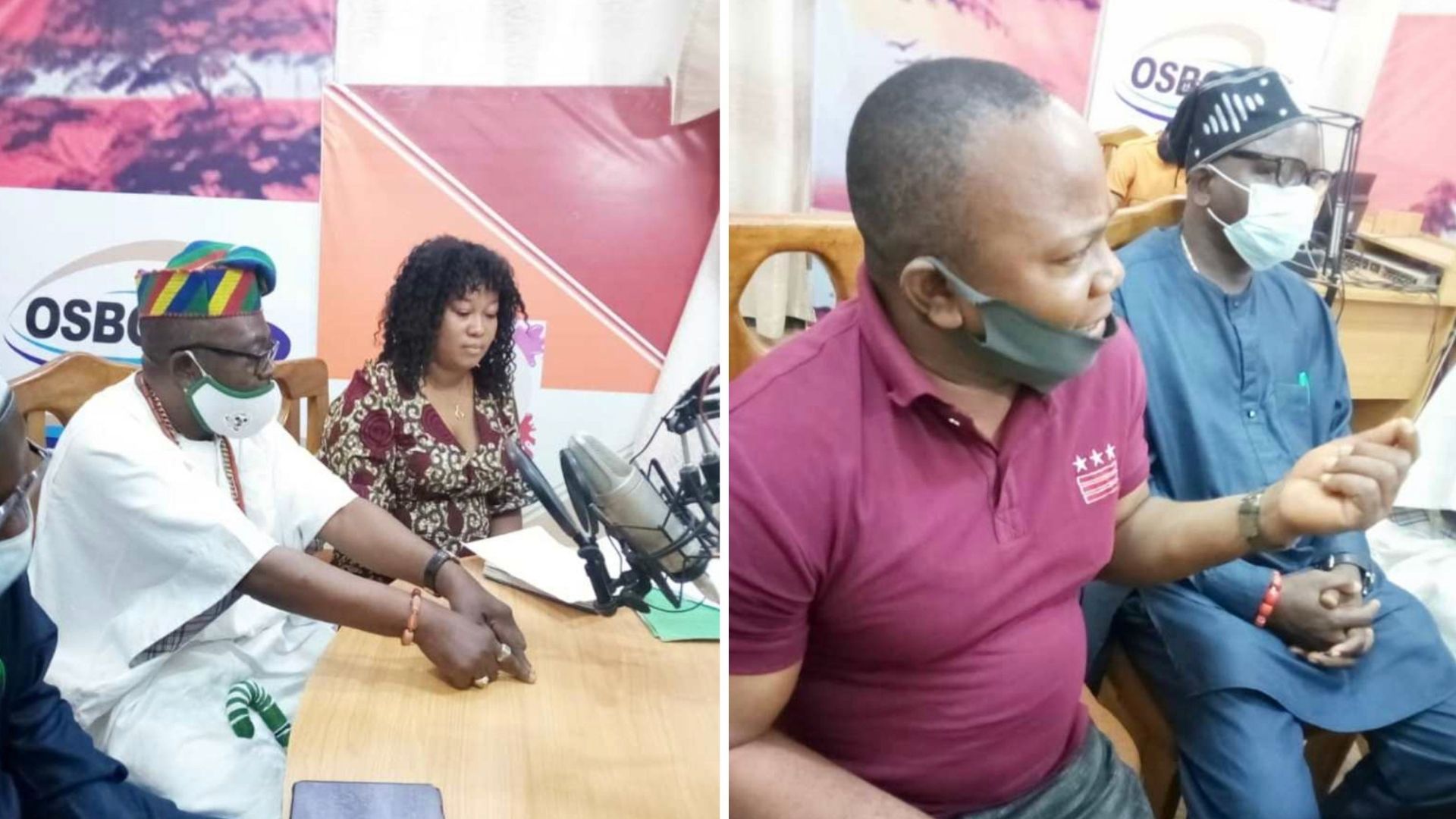 Yusuf Dauda is an anti-FGM campaigner that has a close connection to schools in Osun State, Nigeria. He has been successful at helping to change the mindsets of the local people through Radio conversations.

Questions asked by the students:

If FGM is an offense, why is our parent are in support of it

Is there any solution for someone who they have done FGM

If they decide to mutilate their girls; how can I get evidence to convince them of the effect of FGM?

All their questions were answered by Mr. Ademola Adebisi and Mr. Yusuf Dauda and one of the teachers gave a vote of thanks appreciating the team of SDI and Global Media Campaign to end FGM for the great and important education for their selected students on the effects of FGM.

The closing prayer was coordinated by Mr. Salam Sheriff (Member of the team) SDI asking every student to pray according to their faith.

The traditional ruler and practicing medical doctor explained that cultural consideration for FGM is archaic and not scientifically based. He maintained that FGM has no value other than numerous health hazards for the victim.

The king said his professional experience in the medical field within and outside Nigeria and his deep knowledge of the tradition of the Yorubas have put him in the best position to counsel the public on FGM.

Hon John Ibirogba Babatunde Eleniyan pointed that there is a law in Osun State on FGM since 2004 and anyone caught in the act is liable to a jail term or pay fine. He emphasized this in Yoruba language so that the grassroots people could understand the message.

Comrade Kehinde Onitiju spoke from the perspective of FGM for a girl with a disability. He described it as heinous complications especially for the crippled. He said such victims are more likely to suffer from cancer. Onitiju, as well as other guests, made a passionate appeal to the listeners to stop cutting their girls.

Phone-in segment Popoola from Ataoja area of Osogbo said the program has now changed his mindset about FGM because he was hearing it for the first time from a custodian of Yoruba cultural heritage who is also a medical doctor. He, therefore, charged the sponsor to focus more on using the traditional rulers to pass the message.

The outcome of Radio programme

I have received some calls to fix a physical meeting with me on FGM. Ede Muslim Forum specifically told me to get prepared for a serious debate on FGM with their leaders. I have promised them my physical presence anytime they are ready for such.

Similarly, a real  Success story Ayodeji Kehinde came to the SDI office Sunday 7th February 2021 around 8 am to reveal his resolve to halt his plan to “circumcise” her first daughter Halima that evening. I went the extra length to further convince him that FGM is not Islamic.

On useful linkages for future partnership, the Osun State Council of Traditional Rulers and Osun State House of Assembly can be contacted. They are ready to join in the campaign of abandonment of FGM in our society at any point in time.

The administrative bottleneck involved in getting permission to hold programs in public schools during this Covid -19 pandemic. We leveraged the existing rapport with some structures in the schools to have our way.