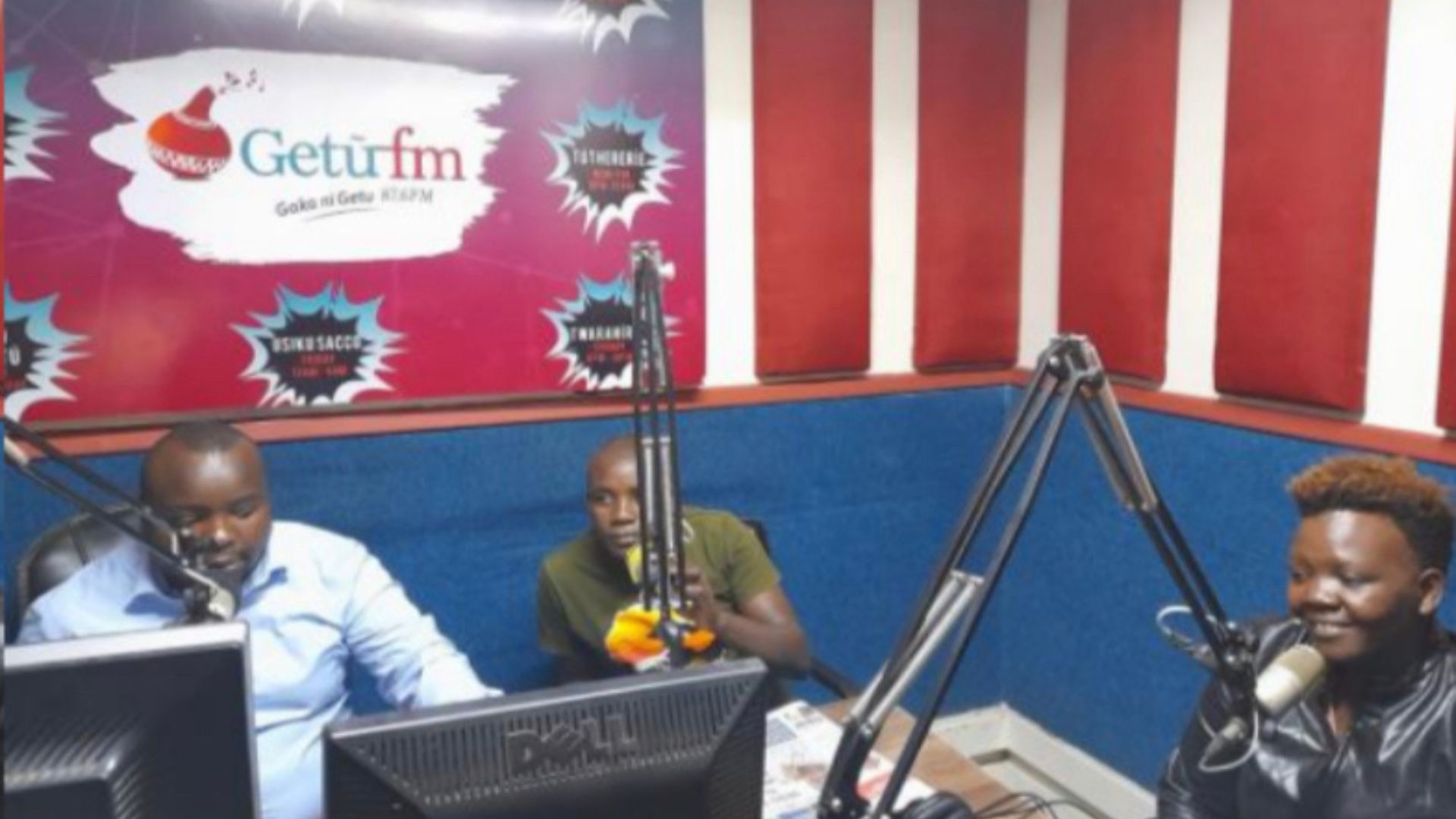 We hosted a radio session on local radio stations (Geetu FM ) with a youth champion to discuss in detail Harmful practices that are affecting the lives of children in our society.

The majority of the youths below 35 yrs are parents too and care and health providers. We decided to engage them in sensitizing their peers about the role of men in ending FGM.

FGM and child marriage are harmful practices this was the baseline of our discussion on this year’s Day of the African Child.

The estimated reach of Radio GEETU FM is 4 million on air and 500,000 people on social media.

Their listeners are spread in more than four counties, some of these counties include Meru, Tharaka, Nithi, Isiolo, and Embu. The four counties covered by GEETU are among 22 hot spot counties.

Listeners called live and sent their messages while the show was running recommending us for the good work we are doing in empowering girls and women.

One listener called and shared: “I have never come across any other group which is so passionate about children's issues like you people." Meru County, Kenya Click To Tweet Another radio listener: "Because of your messages on Radio Geetu FM I have learnt the effect of FGM and I have vowed not to cut my girls but Educate them to be doctors so that they can help teach the future generations." Meru County,… Click To Tweet

Boys’ circumcision is a big issue in these communities. Boys are circumcised at a very young
age of 12 yrs and after this, they drop out of school too. These boys end up impregnating
girls who are their age mates. Prosecuting these cases has turned out to be a challenge.

The issue of underage Boys’ circumcision came out and we had an opportunity to address parents
on children act in the line with the Theme of the international day of African children we discussed
section 14 of the Children Act (2001) provides for the protection of children from harmful
cultural rites including Female Genital Mutilation (FGM), early marriages or other cultural rites,
customs and traditions likely to negatively affect the child’s life, health, social welfare, dignity or
physical or psychological development.

Challenges encountered. The rise of teenage pregnancy and HIV according to the latest data produced.

We will involve parents and teachers.