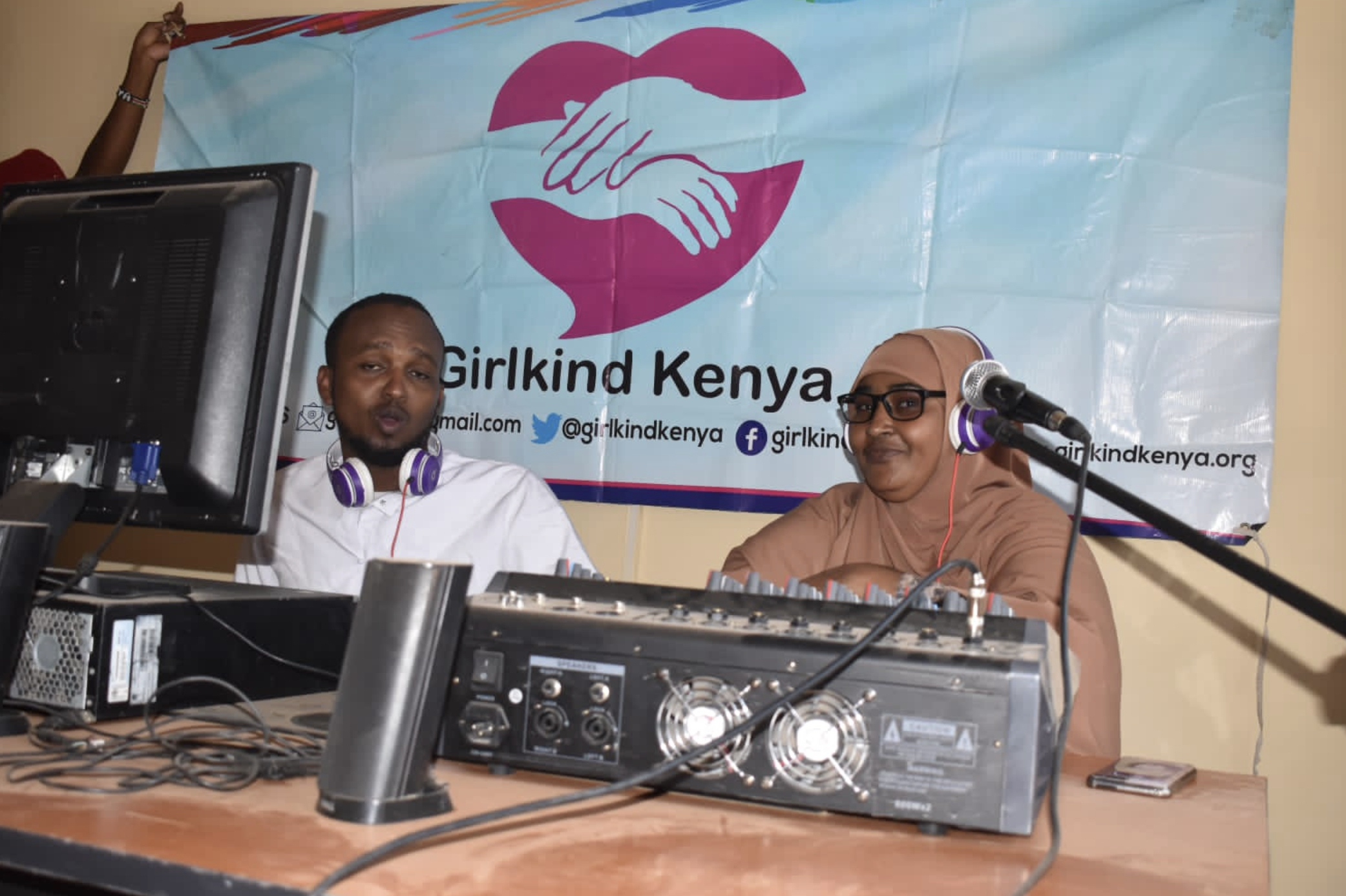 Like any other year, during the school term breaks many girls are at risk of going through the cut, especially in Jarirot Village. We have highlighted the plight of children, taking count of the progress made in enabling the various children’s rights.

Mrs. Hakar has emphasized the harmful practices of female genital mutilation practice which a high percentage of girls as young as 7 years old undergo. The grant received from global media (DAGS) Madam Fatuma has managed to do a media campaign with a live radio talk show with Iftin FM and engagements in one way or the other, the media engagement in creating awareness against FGM had been a complete success. The live radio broadcast ran a whole evening, the topic of discussion was the effects of FGM which was so well discussed by Fatuma Hakar who is our CEO at Girlkind,

Fatuma discussed the types of FGM subjected to the young girls, she talked about the first one as the incision where the small part of the female reproductive organ is cut of course without any anesthesia which subjects the girls to so much pain. She also talked about infibulation, where the top and the lower lips of the organ are cut, and she finally stressed the third and worst stage usually referred to as the pharaonic type.

Fatuma also discussed the effects of FGM where she stated, unpleasant sexual desire, the urge for women to have sexual intercourse is reduced. She talked about the difficulty in childbirth, she also said FGM causes death at times difficulties and pain in the passing of menstrual blood.

The program went well, we have also had community engagement with elders and the local chief

The callers to the talk show were overwhelmed with the show and we have received positive feedbacks.

Aftershow and community engagement, the locals were calling our CEO Fatuma Hakar about how to report any GBV also some were asking if we have safe homes.

FGM is still practiced in Garissa for the next media campaign we could suggest if could do morning jingles daily for at least a month until it reaches out to everyone.