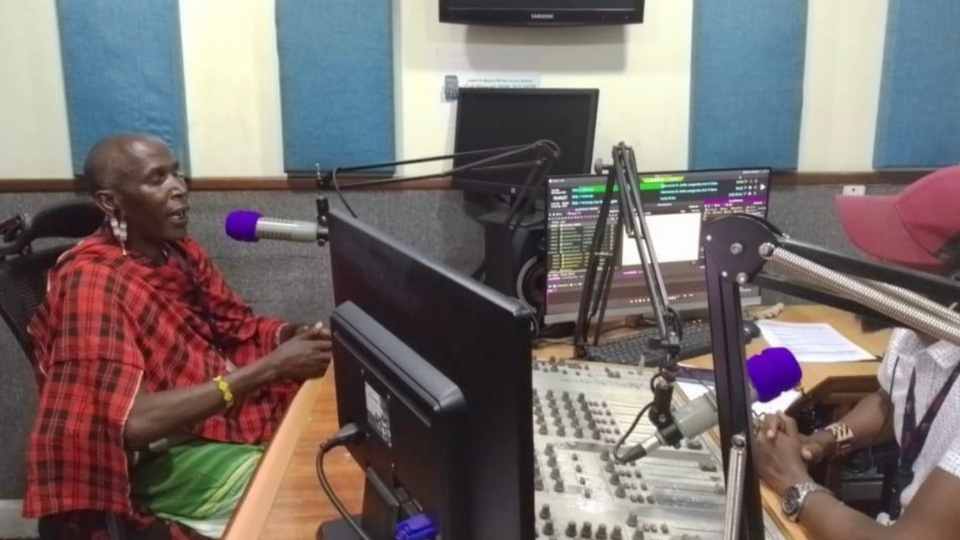 The project involved Me (Chief of Moran), an uncut girl and a survivor of FGM. I being the chief of Moran, stand firmly to protect the rights of girls and women in my community.

I talked on the radio so that other men can admire my work and join me in advocating for girls’ rights. Being a chairperson of the (Nyumba kumi initiative) in Kajiado South I play a key role in my community and I talked to urge other men to follow suit. #HeforShe.

Being on the radio, I ensured that my messages were received by the many Morans from different counties, and by ensuring that they heard the show, they will make sure that they follow what their leader said.

Morans being the youngest age group responsible for marrying young girls, insist on FGM but when they hear that the chief has spoken, they will embrace the change.

The uncut girl, who is very successful in life shared how she gave birth with no difficulties and advised other younger girls that Education is the only key to a happy life. The survivor talked about how her life has been a struggle all through. She urges the young girls and parents that FGM has no medicinal or whatever benefits to the girl.

The media project was so successful because the Mayian Fm Radio is listened to by (Kajiado, Laikipia, Narok, Samburu Counties)It reached almost 500,000 people. They were several phone calls from the Listeners.

I was asked by Losioki (Narok), how is he managing to fight these practices, him being a cultural elder? He explained that it’s through different interventions and also by the use of the law. Many people called to congratulate me on the good work and they insisted that more creation of awareness is still needed especially because FGM is still being practiced. The issue of cross-border FGM also came out, especially for places like Oloitokitok and Loita that borders Tanzania. I explained that in Oloitokitok where I came from we did a sensitization workshop for duty bearers from both sides. All leaders agreed to report cases as they arise.

If I were to carry out this project again, I would go to the studio with a medical practitioner and an ex-cutter so that they could all explain vividly the dangers of FGM.