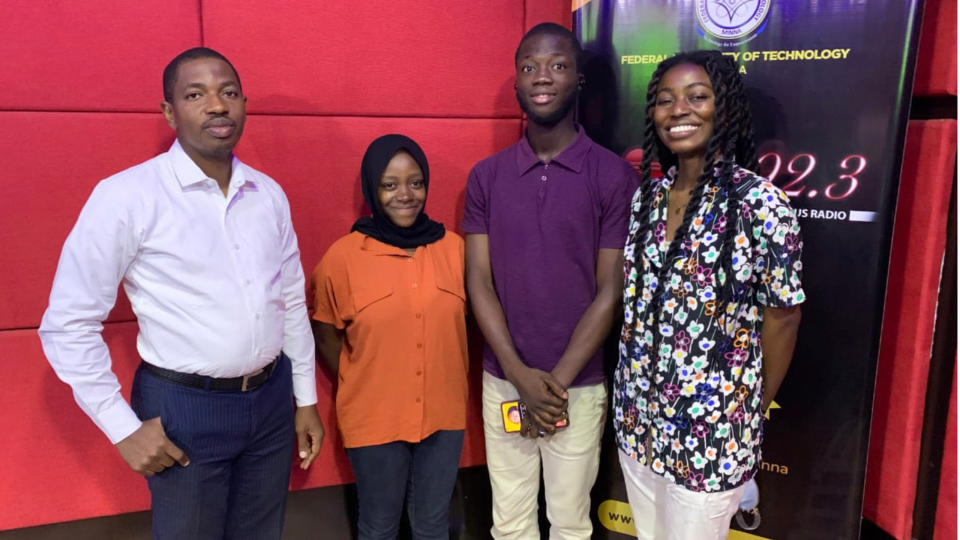 Amina Abba is a fourth-year student studying Computer Engineering at the Federal University of Technology Minna and is a newly anti-FGM campaigner.

It hasn’t been too long since I started campaigning against FGM, maybe about a year or so. But I decided to become a campaigner when I realised that FGM is still more rampant than I thought. My mum and her sisters, my grandma, and all the other women from my maternal side of the family were cut and it had been a tradition in her family until her generation decided to put a stop to it. I naturally assumed most other people had stopped FGM until I found out otherwise. FGM is a very heinous practice that we as humans shouldn’t just sit back and allow to continue, we need to stop it and that is why I became a campaigner.

The activities started with a podcast, followed by jingle productions in both Hausa and English language. We also ran a live radio program on Search FM 92.3. Search FM 92.3 Campus Radio is the campus-community Radio of the Federal University of Technology, Minna, Niger State and it is located at the main campus in Gidan Kwano. It has information, entertainment, and education-driven programmes as well as controlled broadcast content that is meant to capture the attention of the student population and the host community of the University.

The podcast episode which was recorded by Bidemi Adedire on the Podsnaija podcast featured me as a guest talking about the FGM, the dangers of FGM, the remedies after women and girls have been cut, and what to do should you suspect you or someone around you is at risk of getting cut.

The live radio program which was a 45-minute discussion on the myths and facts surrounding Female Genital Mutilation featured a medical doctor from Bida medical health center, Dr. Opeyemi Akerele, a female student, Ene Ijato, and myself. Jingles were played intermittently on the radio station to create further awareness.
In the future, I would like to interact with several students and staff on Campus about their thoughts on the issue of Female Genital Mutilation before the podcast and the live radio program.
The jingles were also aired after the live radio program to create awareness for those who unfortunately might have missed the program for one reason or the other.