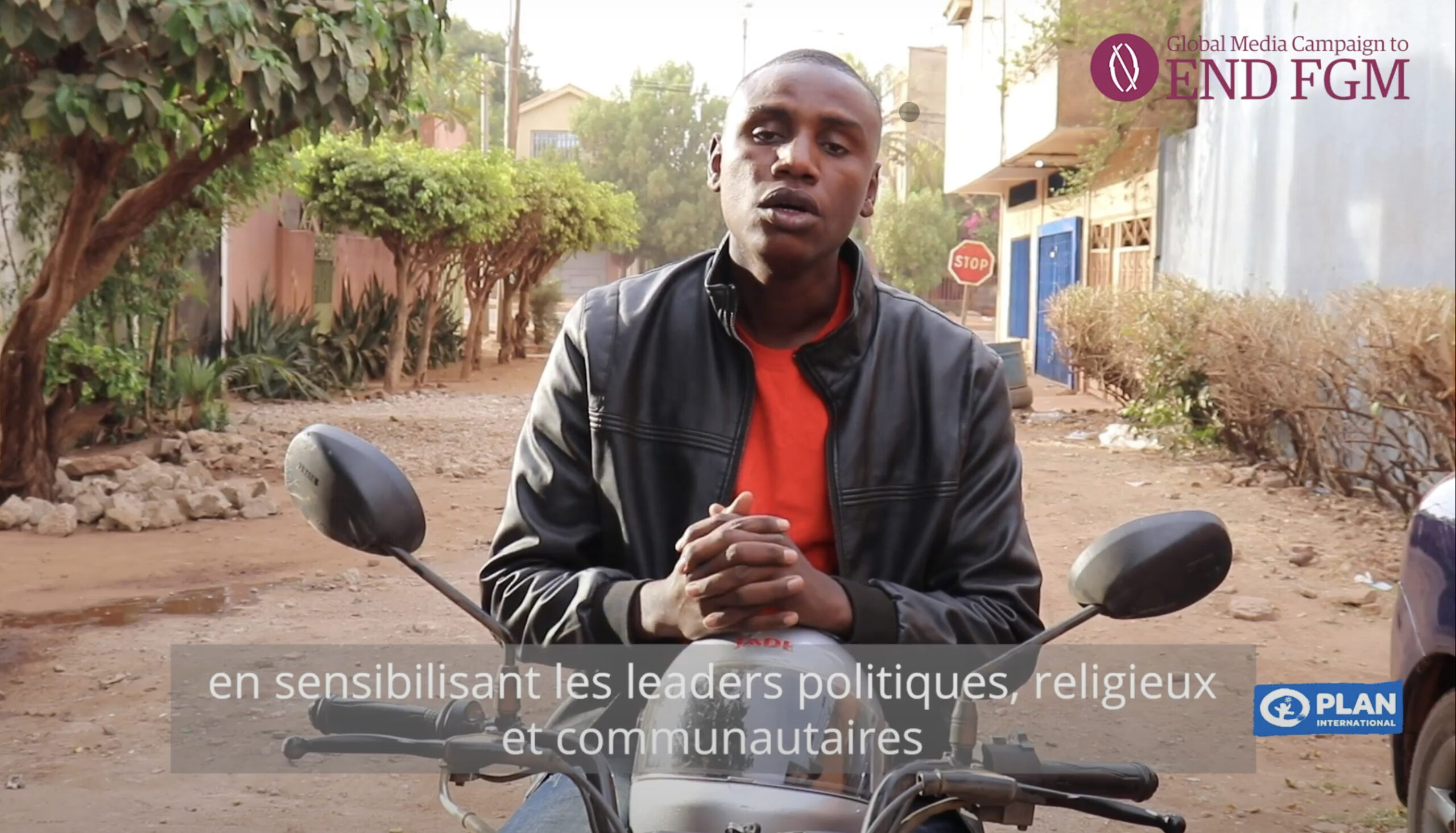 By Ruth Harley with special thanks to Alice Roques,

The first National TV campaign against FGM began on Tuesday 1st June and will continue for six months in an attempt to end FGM for good and also remind citizens it is no longer accepted.

The TV campaign which will run until mid-February will have two main campaign angles:

According to Alice Roques Project Manager at GMC, such a campaign would have previously been declined.

“It is through the work the GMC has achieved in Mali over the last three years… building on media connections, creating strong media content, and the excellent work of campaigners, that we have been able to unlock the relationship with State-owned TV stations and secure such a prime time.”

“FGM is a taboo topic in Mali, and the issue is sensitive“

FGM in Mali is often misunderstood as citizens believe it is part of the Islam religion despite religious leaders sharing that this is not so. Therefore this is a conversation that needs communication and widespread understanding. The South West region has the highest rates in the county at 90% the least is in the North East at 1-50% but the rates are rising again. The campaign will be broadcast all over the country.

Mali also doesn’t yet have a law that to say that FGM is illegal and therefore bordering West African countries that border Mali, travel from these countries, across the borders to perform FGM on girls.

Mali also has many refugees. FGM is also happening within these camps, with little sanitation it is a huge risk to girls.

Q & A with Lountandy Keita

Why do you think it’s important that young people take control of the media landscape, or at least get involved with the media to express themselves?

You only have a few minutes each night, what are the main messages that you want to put across to the nation of Mali?

Lountandy’s jingle is about how FGM is embedded into wider social structures aiming at controlling women’s bodies and opportunities. She says: This message was chosen to reveal the context FGM operates in and the challenges faced.

What has it been like being seen every evening on TV? Do people recognise you now?

Being on ORTM makes us feel like the whole population is listening to us, and especially the country’s authorities. I think this will have a positive impact because if older people hear/see this message on national TV they can realise why FGM must end.

What do you feel is the most misunderstood about FGM in Mali?

That it prevents girls from having sex before marriage.

Why do you think it’s important that young people take control of the media landscape, or at least get involved with the media to express themselves?

First, Mali’s youth does not stop at the urban scale, Bamako. Here, public media reaches rural communities and very isolated areas. National radio Chaîne 2 is listened to everywhere in Mali. When we air on public media, we have the opportunity to reach these young people, living in other regions and who often do not have access to the internet. The most important is that messages are broadcast in local languages. There, national/public programmes are very very popular. You don’t need a satellite dish to access national TV, unlike other channels. So even if you’re in the most isolated village, you can have access to this information aired through public media – which covers almost 80% of Mali’s territory. This has a huge impact, as we can reach many young people with our messages.

Q & A with Souleymane Maiga

You only have a few minutes each night, what are the main messages that you want to put across to the nation of Mali?

Souleymane’s jingle is about the number of women and girls who are victims of FGM. He says: statistics show how urgent the situation is. FGM is practiced in part because people are ill-informed about the number of pain and violence this has caused. The more we repeat the statistics, the more people understand how harmful FGM is. Statistics can also scare people into abandoning this practice. They show the extent to which this practice is harmful.

What has it been like being seen every evening on TV? Do people recognise you now?

I want to say it’s not easy. As mentioned, national TV covers almost all of Mali’s territory. There is a high chance that you will be seen everywhere in Mali and if you speak about an issue that Malian people do not want to hear about, it can really tarnish your image later on. But because we are committed to this fight, we’re ready to go all the way. You can be stressed, a bit worried, but when you fight you can’t be scared.

Do you think this will have a positive impact?

Yes, I think it will because this jingle is aired on national TV so it can reach many people. So there is a possibility that some of these people think through this practice. Because some people don’t abandon FGM because they are not aware, conscious of the dangers it can trigger. There is a high chance that it has an impact. Especially amongst young people.

What do you feel is the most misunderstood about FGM in Mali?

That it undermines the girl’s desires or the fact that she will engage in romantic encounters/relationships/in flirt. People need to understand that this is not about desire, it’s about pleasure.