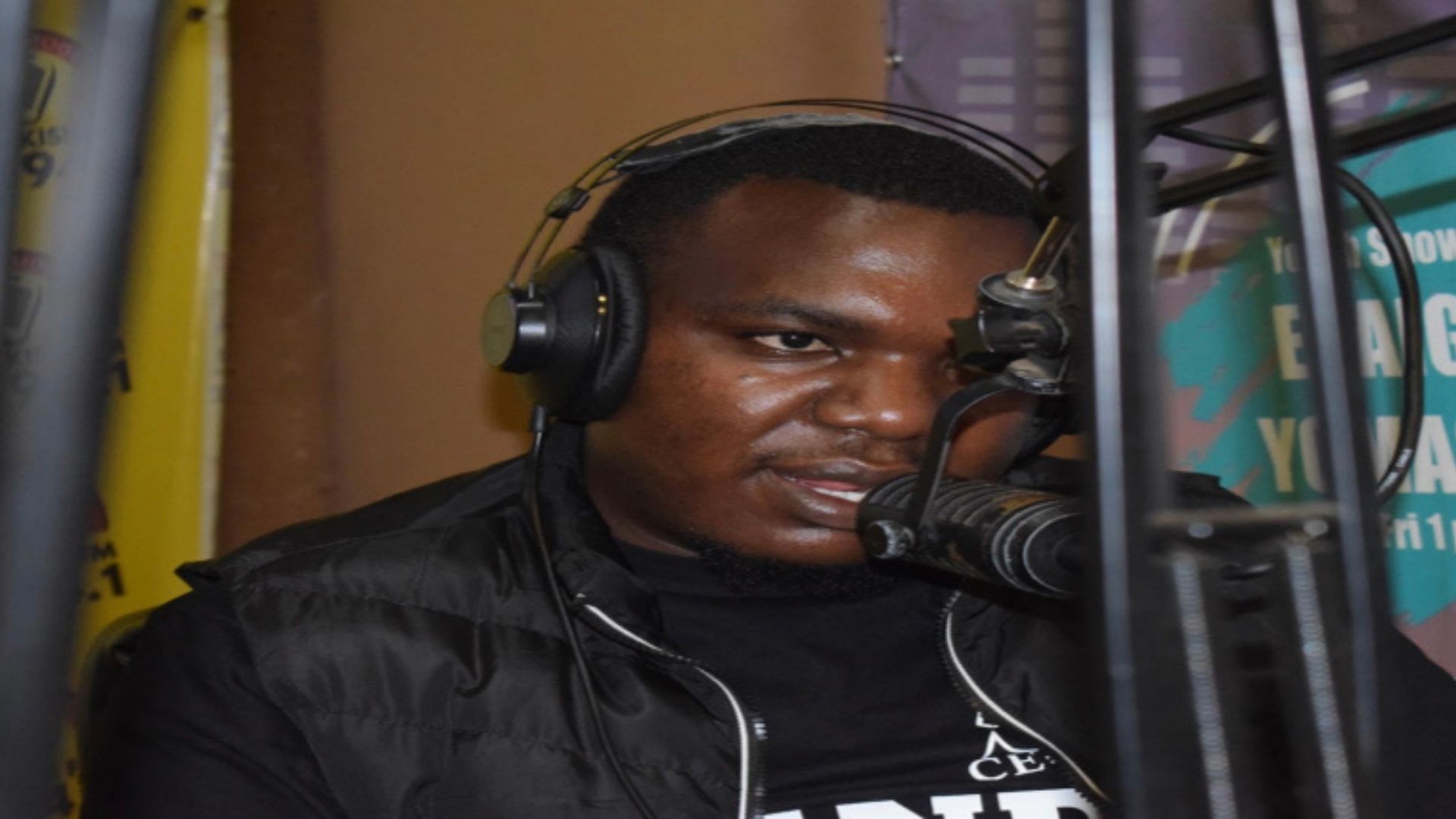 Egesagane is a kisii insult referring to an uncut girl, and Omonyaroka is a grown respectable girl. Together with a renowned opinion leader (Joseph Angwenyi) who holds leadership in the community and the religious sector and also a trained paralegal, we held a one-hour talk show on Kisii FM radio a day to Christmas.

The CECOME communication coordinator Walter Mounde attended the live session together with Joseph Angwenyi a religious leader, community elder, and a trained paralegal.

Mr. Walter led a discussion on the effects of FGM on girls and women touching mostly on fistula which has been rampant in Nyamira and kisii prompting the government to hold quarterly fistula camps at the Kisii Teaching and Referral Hospital.

He also pointed out the increasing numbers of teenage pregnancies in the region as per the recent ministry of health survey and explored the fact that despite massive cutting in the Abagusii community, still the region recorded high teenage pregnancy numbers thus indicating that teens were engaging in early and unsafe sex.

He insisted on the need for parents to embrace dialogue with their children to instill moral values than have their trust on the cut. Mr. Angwenyi spoke on the social norms that prompted parents to cut their girls especially during the Christmas season and the myths and misconceptions surrounding the cut.

He spoke in the deconstruction of the myth that cutting off the clitoris and throwing part of it to the ground invited blessings from the gods of marriage to help the girl get a man to marry her.

He spoke widely on the strong belief that FGM helps reduce sexual urge in women and explained how later in life this affects women in marriage reason most couples after 45 years living in separate houses and men at age 45 marry second wives.

Mr. Walter highlighted a schedule of activities that parents could involve themselves in during Christmas devoid of the FGM practice. He insisted on parents holding a year’s review session with their children, tell stories of happenings during the Christmas season in their childhood, shares best societal practices, enhance self-esteem and promote positive career choices in their children, speaks on covid 19 and preparation for school resumption in January and has time to listen to their children without judgment or giving final
opinions.

Three women called in to ask how they can get help for fistula-related conditions while another called and confessed to has planned to cut her to girls the 24th night were it not that we went on radio to dialogue on the same. She further revealed that in the Bomachoge chache area of Kisii County they now cut girls starting from the age of three years old to avoid arrest from the chief and police.

The callers thanked us for the conversation and requested that we plan to go back and discuss more on the effects of FGM and what those already suffering from the effects could do. One of the nine callers also requested a program on parenting.

Mr. Angwenyi affirmed that as church elders and as a member of the Abagusii council of elders they condemn FGM and stand against the vice.

The objective of the programme was achieved. From the immediate feedback, we received on-air through calls and feedback from the beneficiaries we work with.

We had difficulty in securing a chance on the show due to the short period between confirmation of the availability of funds to the implementation date but that was sorted. The fact that we had to proceed with the show and pay later due to challenges in the disbursement of funds that saw us receive at a later time was a challenge too. However, the rapport we have over time built with the radio station worked and they allowed us to have the show and pay later.

FGM age has been reduced now to three years old.
Fistula is major issue women are facing.
Parents want to learn about positive parenting approaches as they abandon FGM.

Teenage pregnancy is on the rise despite increased cutting casting doubt on the cut’s effectiveness in curbing sexual urges.
Men are against the cut and women are propagating the cut more.
More such programs are needed.

We didn’t expect women to call in and confess to having plans to cut their girls that evening and pledge to abandon the process.
We also didn’t anticipate confessions of FGM survivors suffering fistula but some called to inquire.

We had feedback from callers appreciating the information shared, pledging to abandon plans to cut their girls that night and in the future.

Since it was the first time we went on air with the elder who also sits in the Abagusii council of elders, we believe that this will cement our relationship with the council and they will support our work further.

We will book the session in good time, pass information to people online and offline in good time for them to tune in and listen to the programme and also book for more time or increase the sessions.