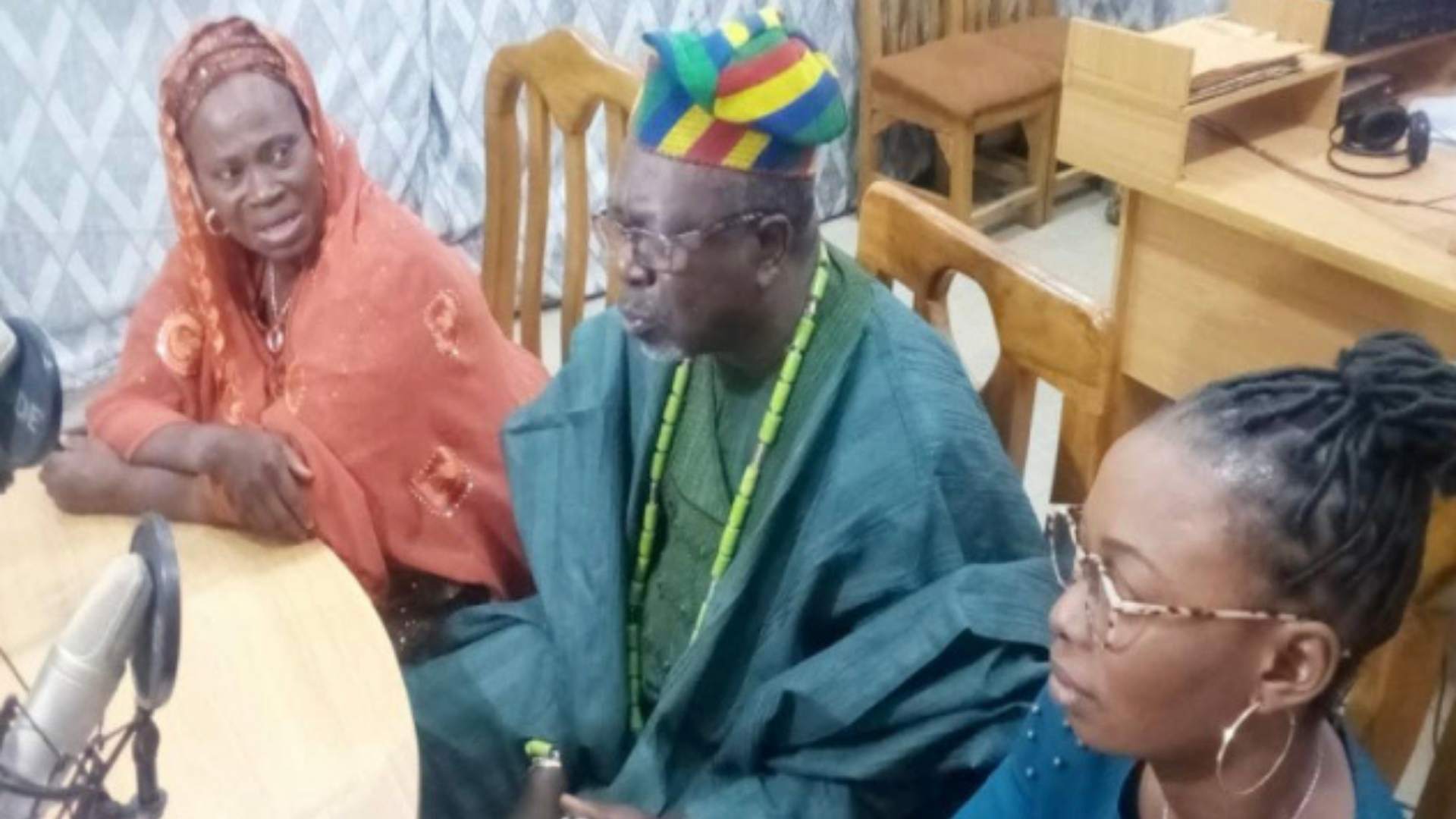 Instant success after an interesting radio conversation with a traditional leader and medical doctor to help End FGM in Osun State, Nigeria.

The traditional ruler and practicing medical doctor explained that cultural consideration for FGM is archaic and not scientifically based.

"FGM has no value other than numerous health hazards for the victim. My professional experience in the medical field within and outside Nigeria and his deep knowledge of the tradition of the Yorubas puts me in the best position to… Click To Tweet

He further said FGM is a harmful traditional practice that everyone should do away with.

"Both the traditional and medicalization of FGM are destructive to the female sexual organs and it has both short and long-time effects on girls and women." Alhaja Mulikat O. Adekunle spoken in Yoruba Grassroots language. Click To Tweet

She also mentioned all the effects of FGM on the life of girls and women. She emphasized this in the Yoruba language so that the grassroots people could understand the message.

Miss. Bolarinwa Abimbola define FGM according to WHO and explained all the 4 types of FGM, she spoke on the role and efforts of civil society organisation in protecting and women from FGM, she joined another guest to appeal to the public to stop the act of mutilating our girls and women and the entire Africa children.

Mr. Oseni from Ifon-Osun in Osun State appreciated the subject of discussion on the program and commended the organizer and the sponsor.

Instant change in views from a radio listener: ‘He said he has now agreed totally to abandon FGM and to also be sensitizing his people on the need to stop mutilating their girls.’ Osun State, Nigeria #PowerofMedia Click To Tweet

Similarly, Mr. Yusuf Olatubosun from Iwo, Osun State also eulogized the organizer and the guest on the program. He affirmed that FGM has led to many broken homes as a result of harm done to many housewives’ sexual organs during their genital mutilation by their ignorant parents or guardians.

Instant change in views from a radio listener: ‘He vowed to henceforth become the FGM abandonment crusader to reach the wider people around him.’ Osun State, Nigeria #PowerofMedia Click To Tweet

Mr. Olatubosun strongly admonished the Sustainable Development Initiative to beam its searchlight on the religious clerics with a view to spreading the message of FGM abandonment to their respective congregations.

He premised his choice of religious clerics on the fact that many people still hold an erroneous belief that FGM is religious. And that many people hold this set of people in high esteem in our society and will therefore likely absorb any content of FGM abandonment delivered by their pastors or imams hook, line, and sinker.

He also pleaded for the concentration of FGM abandonment campaigns in rural areas as well.

Mr. Adeleke Yahya Ibitoye from Ede, Osun state was the next contributor from home to the program. He expressed surprise that it is taking so long time to convince people to stop the cruel and barbaric act of FGM on their own biological children. He advocated for stiffer punishment for the perpetrators of FGM.

He also pleaded for a robust welfare package for the survivors of FGM in our society.

Tajudeen Ishola from Ileere area of Ile-Ife in Osun State also joined the FGM abandonment campaign and asked the listeners to stop the heinous act. He further prayed for both the organizer and the sponsor of the enlightenment program on the radio.

Another caller on the program, Alhaji Awaye from Iragbiji, Osun State, while appreciating the guests, declared that FGM has become a bygone issue in our present-day society and that anyone who is still indulging in FGM is a criminal and should be treated as such.

Mr Owonikoko Wakili Owolanta from Oyo Alaafin in Oyo State was the next contributor on the program.

He said that with this radio sensitisation, he has now agreed to stop female cutting. However, he said there’s no visible harm to the alleged survivors of FGM and, that is why it is difficult for some doubting Thomas to take this campaign seriously.

Another contributor from Oyo Alaafin in Oyo State, who simply identified himself as Kodiri also aligned with the school of thought that FGM should be stopped in our society. He appreciated and prayed for all those involved in this radio sensitisation.

Similarly, Mr. Ajorosun from Ilesa, Osun State expressed joy at this sensitization. He explained that it is imperative that everyone obeys the government ruling on FGM in their own interest.

However, a contributor from Oyo Alaafin in Oyo State, Mr. Hammed Babatunde held a contrary view. He said he is not sure of any danger inherent in female cutting. He went further to say that FGM is religious. He demanded the actual reasons for stopping the cutting. He was well tutored by the custodian of Yoruba culture and a practicing medical doctor on the program, Oba Dr. Olubayo. The immediate and long-term effects of FGM were clearly itemized and amply explained by the traditional ruler and Abimbola.

Listener with contray view – ‘I am not sure of any inherent danger in female cutting’ – was then tutored by Dr. Olubayo in Yoruba language so he could understand the short term and long term effects of FGM.#PowerofMedia #Change #EndFGM Click To Tweet