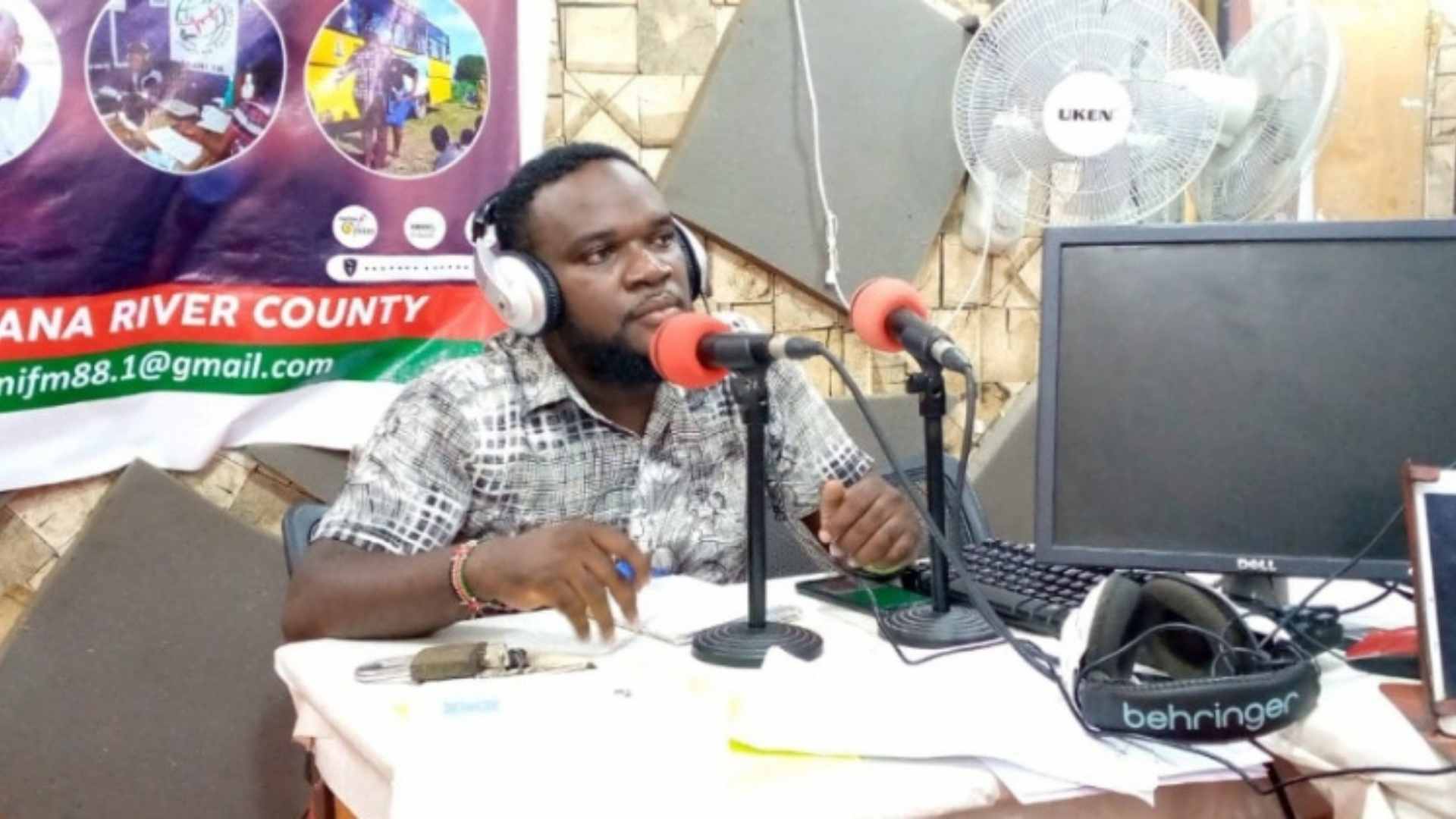 Salim Godana ran activities for the Day of the African Child in aid of helping to end FGM.

The radio talk show project was conducted at Amani FM on 12th June 2021 on Saturday during the breakfast show. The radio station is based in Tanariver county in the Tanadelta sub-county. We engaged with two of my colleagues from SheIsMore, a sub-county children officer joined us via phone and we also had a children representative via phone. This was mainly due to the strict covid rules on gatherings. We based our discussion on this year’s Day of Africa Child theme “30 years after the adoption of the Charter: accelerate the implementation of Agenda 2040 for an Africa fit for children”.

We engaged with the Children Officer to elaborate more on children’s rights. The children representative was there to give us the real picture on the ground, we are firm believers that children aren’t there to be heard but are there to speak for themselves.

We had a great discussion about the Day of Africa Child, Children Act and retrogressive cultural practices that inhibit the Rights to education and empowerment of the African child. The majority of the listeners didn’t know that there was a day to celebrate the African Child.

The Children Officer elaborated on The Children Act, Chapter 141 is a Kenyan law that addresses provision for parental responsibility, fostering, adoption, custody, maintenance, guardianship, care, and protection of children. He gave keynotes on the children Act. He also stated:

“Children and Social Development runs a twenty-four-hour, toll-free emergency public helpline, Helpline 116, which is used for reporting situations involving children in need of care and protection”

We urged the public to be child keepers during this pandemic period.

“Every child in Tanariver has the right to be protected from abuse, neglect, harmful cultural practices like FGM and early marriage, inhuman treatment and punishment, and hazardous or forced labour so that to safeguard the future of our community.”

We also touched on Female Genital Mutilation and Child Marriage as a fundamental violation of the rights of girls. However, these harmful practices are typically deeply entrenched in social norms, especially in communities that are marginalized and hard to reach. Communities like Wardei, Orma, Walwana, Munyoyaya, and Watts are some of the communities. The majority tend not to talk about this issue as it is considered Taboo and girlish. Listeners contributed to the effects of FGM and early marriage, we concluded that every child has the right to be protected from abuse, neglect, harmful cultural practices, all forms of violence, inhuman treatment and punishment, and hazardous or exploitative labour so that to safeguard the future of our community. Together we can create a Tanariver where every child is safe and empowered to achieve their full potential

People have been positive about the media project and the response has been out of this world. The majority of people who called during the show appreciated our efforts towards achieving gender equality among the Tana community.

Omar Islam from Tarasaa called and I quote:

“While the measures to address the plight of the girl child in our society is laudable and recommendable. The challenges that the boy child faces in today’s Kenya do not receive as much attention and focus as is necessary to resolve their plight why?”

Our Children representative also seconded the notion and also lamented about society’s disregard of their (boys) situation and the over-focus on the girl child. It was a heated debate I had to use the MenEndFGM mission which states:

“To empower the girl child while keeping the boy child, young men and elders informed through mentorship and sensitization”

It was vividly clear that men were not left behind but instead, we are using them to champion girl child rights in society.

We conclude that our culture, ethnicity, and gender diversity should not divide us but be the unifying factor to enhance each gender rights towards achieving gender equality.

We ended the show with a quote from the bible Proverbs 31:8-9

“Speak up for those who cannot speak for themselves, for the rights of all who are destitute. Speak up and judge fairly; defend the rights of the poor and needy.”

It’s our primary duty to be the voice of the voiceless in society.

I thank GMC for the tremendous support for the grassroots activist as per know the in Tana River County in favour of type 3 FGM had fallen from 89% in February 2019 to just 5% in January this year. All this has been made possible via the power of the media with support from GMC.
Time is of the essence. Some of the discussions had to be cut short because of time. If only we could get more airtime on the radio then we would do much better.