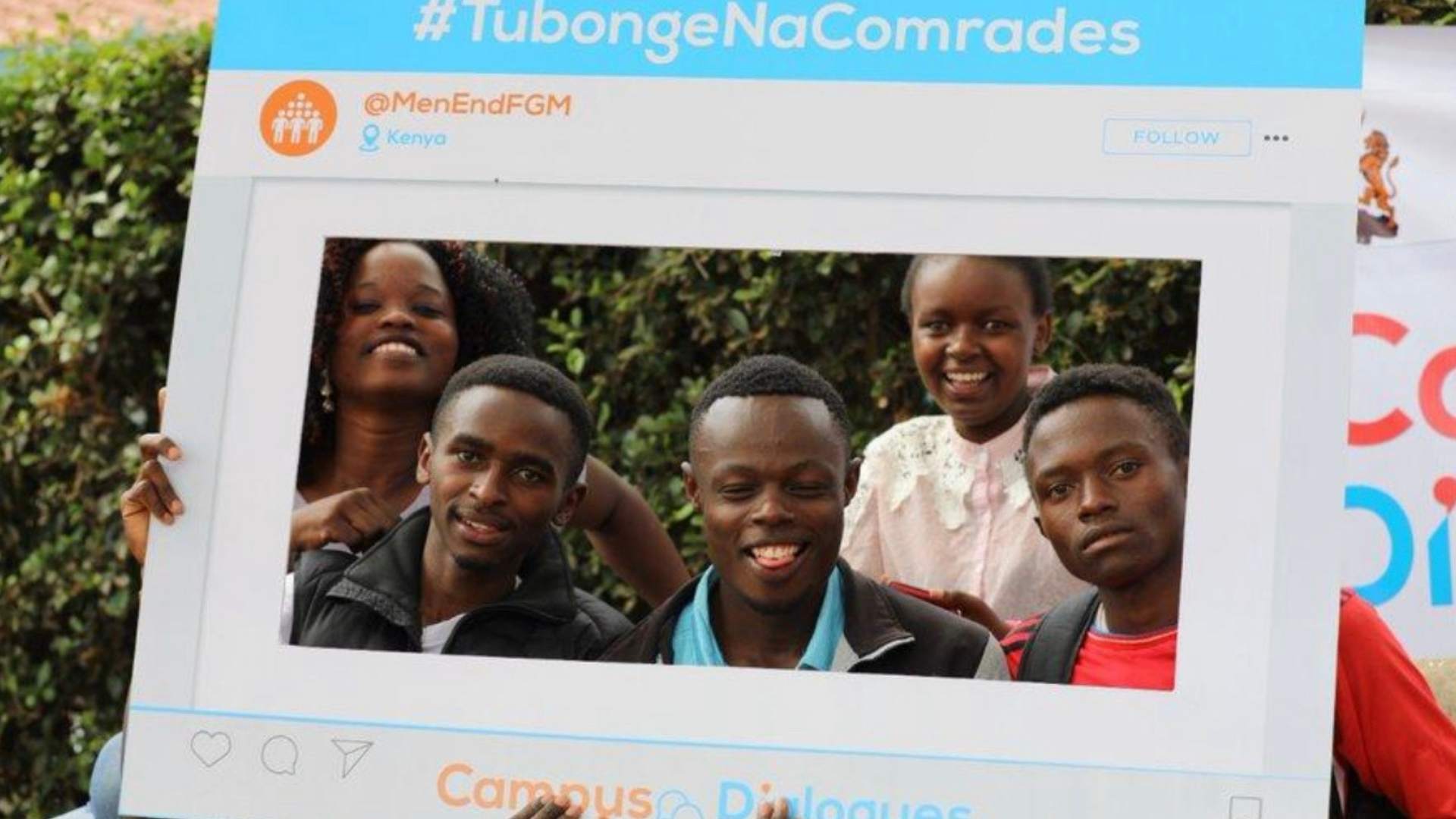 What you need to know:

Over the years, young people have not been actively involved in decisions affecting society. This is because they have been deemed not mature enough to contribute to very important decisions. Being an organization that is led by young people who have had an opportunity to go through university education, Men End FGM understands the vital role young people in universities and colleges play in the campaign to end FGM, child marriage, and other forms of SGBV.

In our inaugural campaign held at Embu University, we were able to register 427 students in our in-door activity which involved presentations in the hall from various partners including GMC, Anti FGM Board, Straight Talk Kenya, YMCA, 2Young2Wed, and King of Condom.

The event was graced by Embu University Deputy Vice-Chancellor with CEO Anti FGM Board being the Chief Guest and giving her keynote address.

We ran an online campaign #TubongeNaComrades on the same day, reaching over 2.5M people.

After the intense indoor conversation with comrades, we had refreshing outdoor activities featuring a renowned DJ and performing artiste – Mtunasi

We also engaged students in various games including tug of war, volleyball, and dance competitions.

The event was also covered by national media houses including K24, KTN, and NTV. Here’s coverage by Nation Africa newspaper.