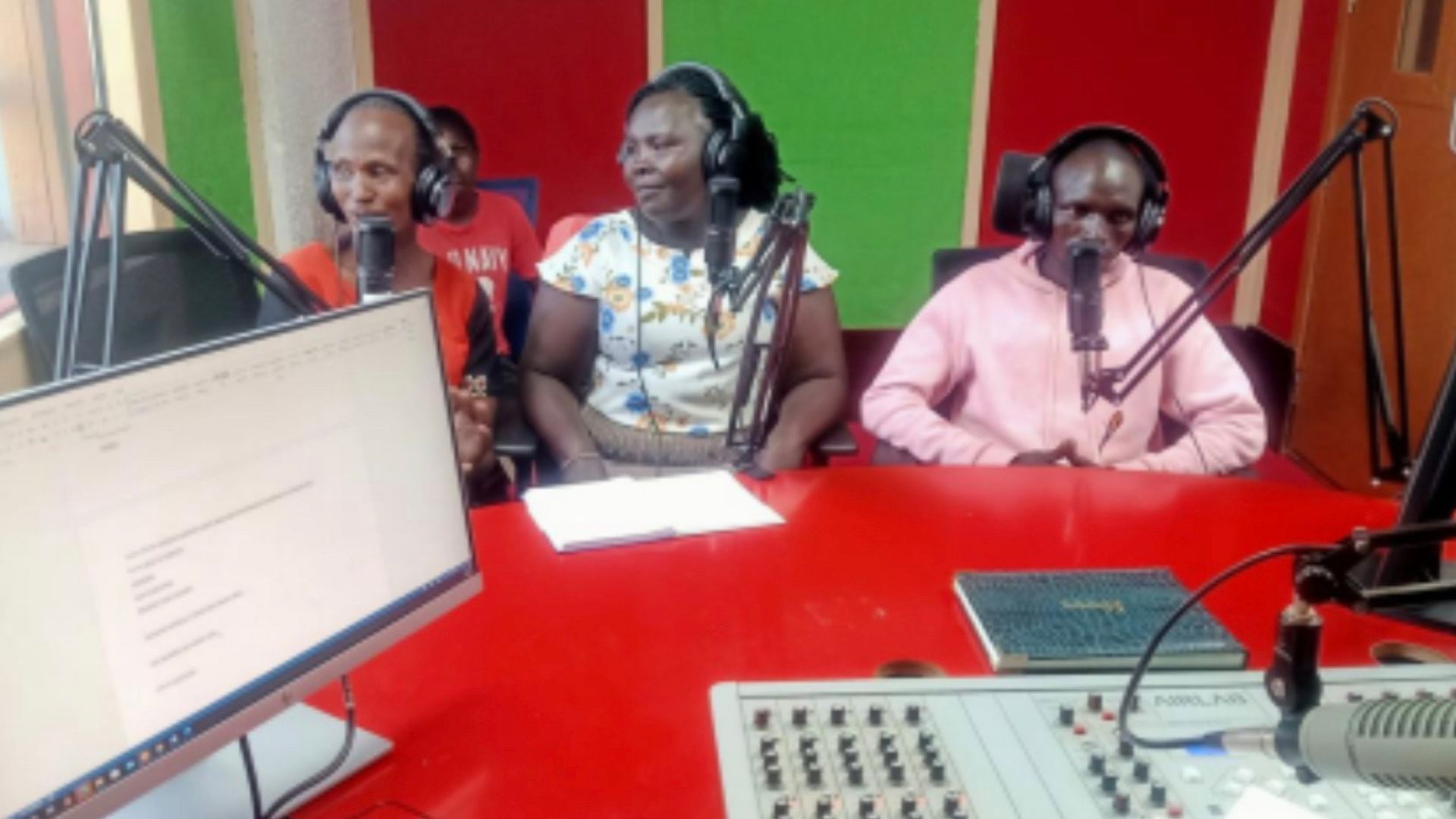 Our project was a radio talk show and social media engagement talking about the practice of FGM, child marriages, and other harmful practices affecting children in West Pokot, especially girls in remote areas.

The radio talk show was at North Rift Radio station with approximately 1.5 million coverage. On the social media campaigns, the advocacy was carried out on Facebook accounts and Twitter accounts for the organization Facebook: Centre for Indigenous Child Rights, Twitter: CICR Kenya

We involved a reformed cutter, FGM Survivor, and a young man during the radio talk show. The reformed cutter issued a clarion call to those still practicing FGM as cutters to abandon the bad vice as it has no value and is against the laws of Kenya.

"Parents need to be at the forefront in protecting their girls."FGM survivor, West Pokot, Kenya  Click To Tweet

“If parents protect their girls it will prevent many girls from running away from them in fear of being forced to undergo FGM and being married off for these, exposing them further to more challenges that will ultimately affect their lives.”

The young man spoke strongly to fellow young men that they are the energy to change the narrative in society regarding FGM and child marriages as well as other harmful practices affecting children, he insisted that they must be the first group to the champion end of harmful practices as they have been exposed and know they are of no value and the law is clear on the same.

Everlyne discussed Anti-FGM Act 2016 penalties of FGM and FGM-related activities and section 14 of the Children Act 2001 that provide the protection of children from harmful cultural practices including FGM and early marriages and how they all negatively affect child’s life, health, social, physical, psychological, dignity and general development of the girl-child.

Feedback from the radio listeners through calls and SMS during the talkshows was quick feedback that indicated that the majority of the people have realised that those harmful practices need to be abandoned immediately, and they were requesting more targeted advocacy.

We experienced some difficulties especially the movement of the reformed cutter and young man from the far end of West Pokot during the radio talkshow through lack of mode of transport that made them delay for 30 minutes after getting access to motorbike eventually.

The Reformed cutter agreed to be at the forefront to champion the acceleration of FGM abandonment, she gave testimony:

"After abandoning the cutting, I became an education champion in my village and today I help to rescue girls from undergoing FGM."Reformed Cutter shares her story on radio, West Pokot, Kenya Click To Tweet

The reformed cutter was depicted by a school she started through partners in Kaptolomwo location called Kaptolomwo Primary school which stands as the only school in the entire location. She is still on the board of the school, also, she has facilitated the rescuing of most girls from undergoing FGM after learning the negative effects associated with the act.

The callers and SMS during the show insisted that more targeted campaigns against FGM should be put in place through the use of reformed cutters and FGM survivors as the drivers of the campaign.
The FGM survivor called upon more partners to join in the fight and especially provide support to survivors who are undergoing a lot of challenges mostly in remote areas.

The selected sub-county that was selected to host the Day of the African Child in West Pokot County happens to be the same sub-county that the reformed cutter and the young man come from which further magnified their messages on FGM abandonment.

On the evening of 15th June 2022, there were three radio talk shows sessions carried out on all the three local radio stations in West Pokot County namely:- Kokwo Radio, Kalya Radio, and North Rift Radio facilitated by West Pokot Child Protection Network where Centre for Indigenous Child Rights is an active member. This again enhanced the campaign for the abandonment of harmful cultural practices.

We would carry radio talkshow in the remote to engage the listeners physically and have more one-on-one conversations as well as give them chance to share their ideas and views on how to accelerate the abandonment of the harmful practices in their areas.