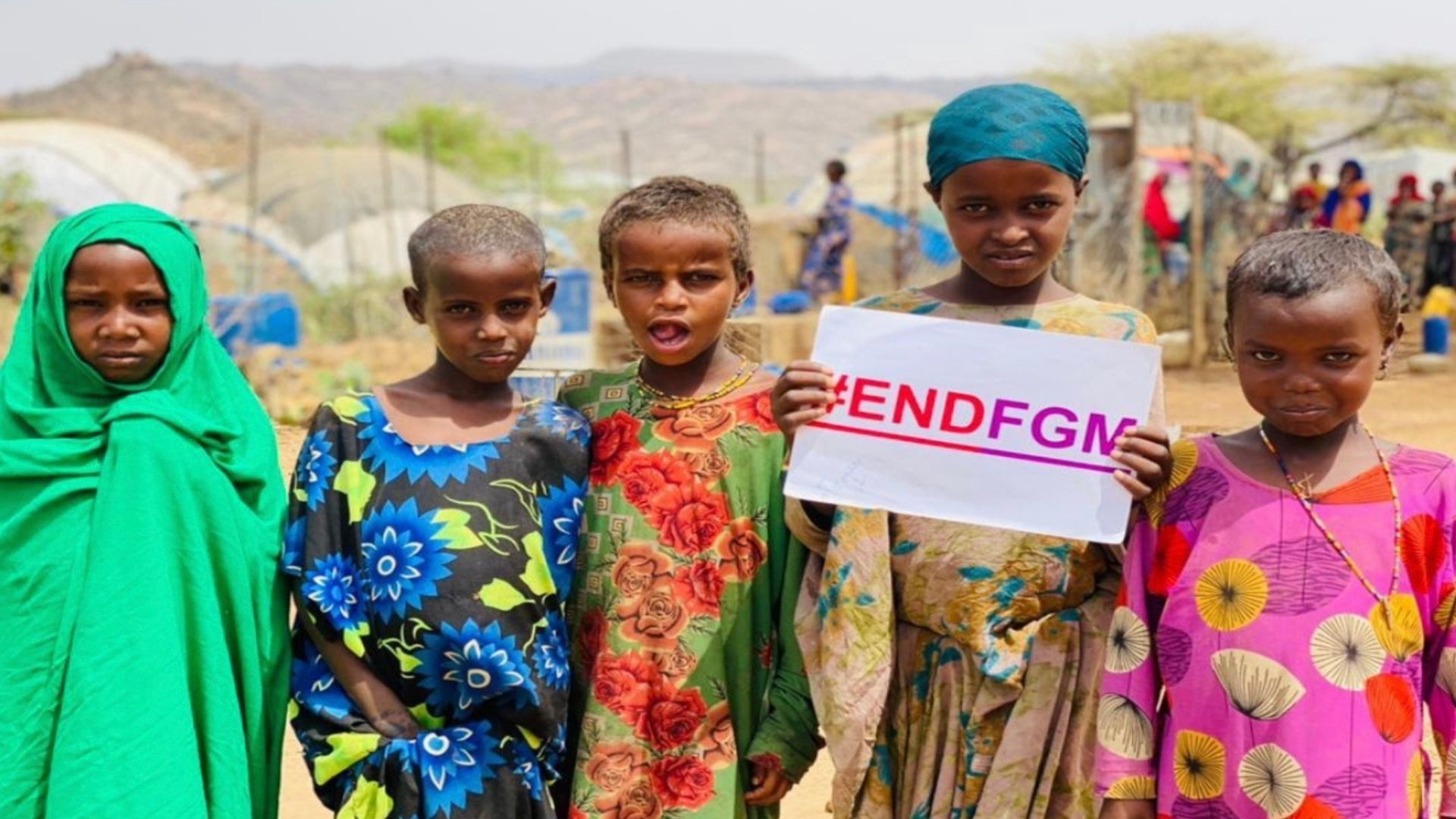 Shuceyb Obsiye an anti-FGM campaigner reports on how students are getting involved in the End FGM campaign explaining the benefits of Media coverage and how corona has also been affecting the community.

For this Zero tolerance day in 2021, I have held three different debates on the fight against FGM. More than a hundred people who were invited from the media section, religious leaders, and university students attended the debates.

My team and I also visited Qoloji IDP camp, which is located 30 km from Jigjiga town, where we conducted an awareness campaign on FGM.

On the second day, I organized around discussion meeting attended by the religious leaders in my community. They discussed the role of fadwa in ending Female Genital Mutilation in the regional state of Ethiopia. The purpose of the debate was to finalize the draft fatwa, which is in the hands of the Imams. Shekh Abdullahi Farah Makhluq, Sheikh Ismael Mohamed, Sheikh Bashir Nur Sheikh Khalif and Sheikh Abdi Mahdad were panelists of the debate.

On the third day, I invited a group of prominent journalists in my community to Nabad TV to talk about the role of the media in ending female genital mutilation. Participants commended the great efforts made by GMC trained journalists in upholding the rights of women and girls but they noted that more needed to be done to end violence against women and children.

On the fourth day, my team and I visited Qoloji IDP camp, located 30 km from Jigjiga town, where we conducted an awareness campaign on FGM. IDPs also have a role to play in eradicating FGM, which is why the reason I raised awareness in the camp.

The discussion of the role of journalists in ending FGM was so exciting, with journalists made it clear that they will play their part in eradicating FGM in the region. The journalists agreed to keep a close eye on reports of violence against women and girls in the region. Participants were hopeful that the new political government would pursue the setting up of a robust Women and Girls Protection System in Somali regional state of Ethiopia.

The internally displaced people asked to participate in radio programs on FGM to do understand the problem FGM has on girls while acknowledging that they perform the practice in the camps. This has invigorated us now to focus on radio programs although there is only one radio station in my community.

Ubah Jamal, a reporter for Jigjiga FM radio noted that the fight against FGM in collaboration with the government and various sectors of society especially women groups is the ultimate solution. She added that waiting for support from organizations is not the solution in eliminating FGM, there must be commitment.

“The media are a very, very powerful player in really getting this message across and leading that conversation.”

That the reason I choose to be a journalist and end FGM activist in my society, Ubah added.

Sheikhs have called on the FGM activists to work with them on how the fatwa to be discussed on the decision-making desks in the region and the federal.

Meanwhile, a fashion event organized by a young girl who graduated from GMC media academy in Jigjiga was canceled by the police, citing that the police not aware of the event and what it was all about. We wanted to include FGM awareness in the fashion event as more girls expected to attend. We also planned to support part of the event to raise awareness.

The internally displaced people asked to organize a panel of journalists and activists to work with people in the camps to raise awareness about FGM and COVID-19. On the other hand, the journalists said that resources are needed as the camp is located outside the city.

Ikraan Sheekh, a student at the Department of Risk and Disaster Management of the Horn International University noted that Female Genital Mutilation is an extreme form of violence against girls and women. To help social norms we work with communities openly to end FGM.

The journalists agreed to keep a close eye on reports of violence against women and girls in the region.

Religious leaders promise to work on the finalizing of the fatwa, and will continue to speak out in the mosques. They also promised that they are always ready to participate in such forums to talk about their role in ending FGM.

IDPs are ready to work with activists, as well as to form communities to work on ending FGM in the camps.

The key government officials also reaffirmed their role in the fight against FGM, encouraging residents to speak out about the problem of FGM.

Local media that has covered all the discussion and debates on FGM has led to our efforts to reach everyone in the community. The media has a powerful role in exposing violence against women, shaping the national conversation, and shifting policy.

We would invite traditional cutters and doctors to make the community understand the problem of FGM.