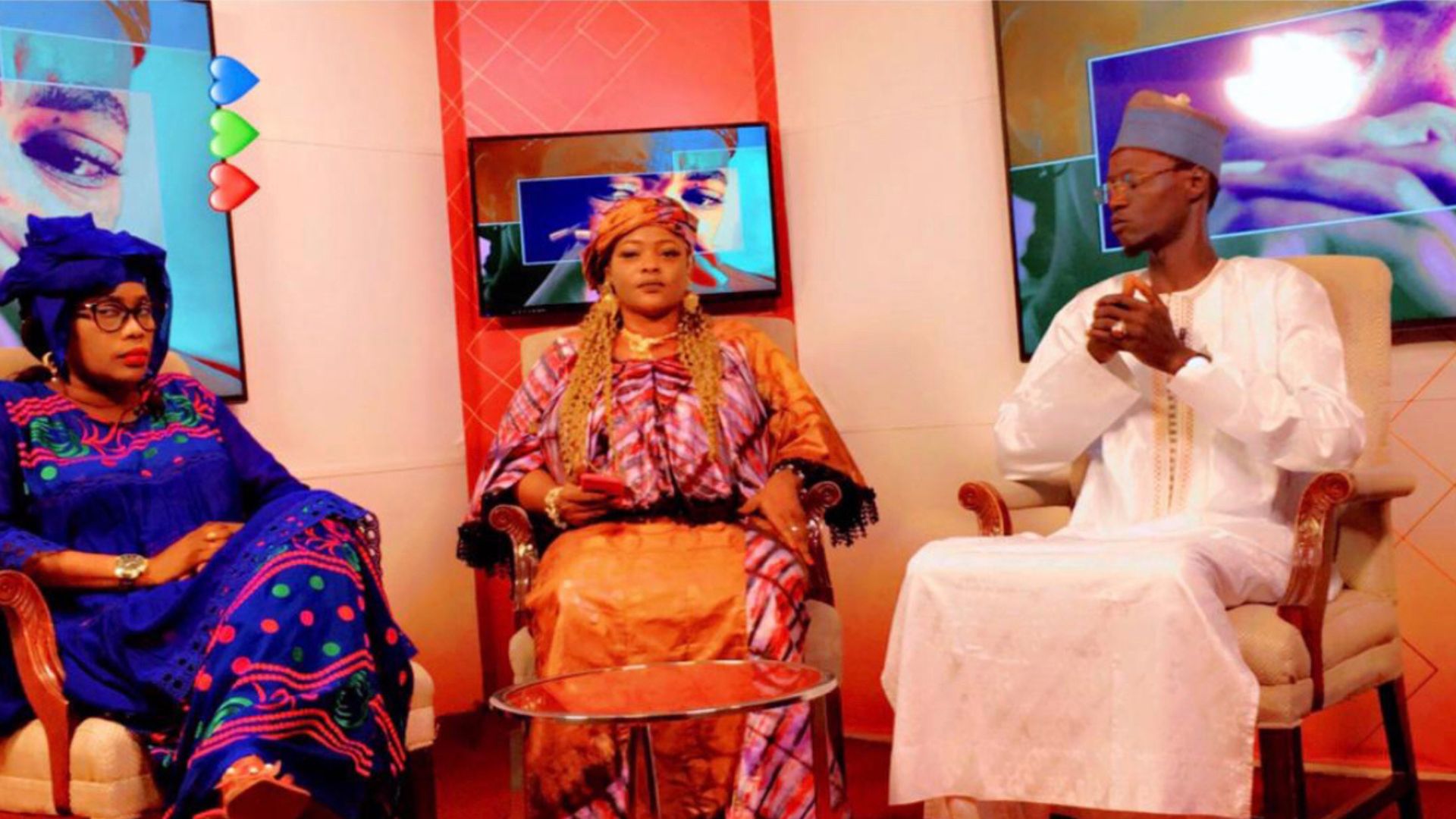 I hosted a 20mins TV Show covering the topic of FGM, Early Marriage, and Child Abuse. I engaged a religious leader, a Traditional leader, and a Single mother activist.

Society believes in religion and traditions, so involving both parties to talk about the side effects of FGM and early marriage will cause impact to stop this Baberious act

"FGM is not written anywhere in Quran and it’s something that harms the girl child earlier or later in life."Ustass Baba lamin, The Gambia Click To Tweet

He preached that the Muslim Prophet once asked a woman why is she doing it to her children, the woman replied that it was for hygiene purposes and Prophet told the women to do it in a way that it won’t harm the child… A traditional Doctor by the name Sering Hadim shared:

"FGM can cause health issues to women when giving birth, during sexual intercourse, when pregnant." Dr. Sering Hadim, The Gambia  Click To Tweet

He said he received many cases of women battling sickness due to FGM… Sohna Fama Cham elaborated on child abuse and early child marriage and how to put a stop to that.

The project was successfully implemented as vital information was shared with viewers and live telephone calls were received and we received more than 13 phone calls that contributed a lot to the topic.

A religious leader called and supported the idea of ending FGM because he said Maternal death is rampant which he believes is due to FGM and early marriage.

Another caller also said she is a victim of FGM. She said she have a lot of complications during childbirth. She urges society to stop practicing FGM because it will do no good but bad in life.

The TV management gave us an extra time 10mins as the show was interesting and drew the attention of the general public because telephone calls were coming from all directions of the country which I believe is a Win.

One TV caller: "The whole country should be sensitized about FGM and Early marriage. My wife is a victim, I warned my wife seriously to never involved our children in the act." The Gambia  Click To Tweet

The show was very impressive based on the amount of contribution from the general public.

Most of the callers were expressing their gratefulness for the Topic and even request that we should discuss such matters to enlighten the people about how harmful FGM and early marriage are. This strengthens the show.