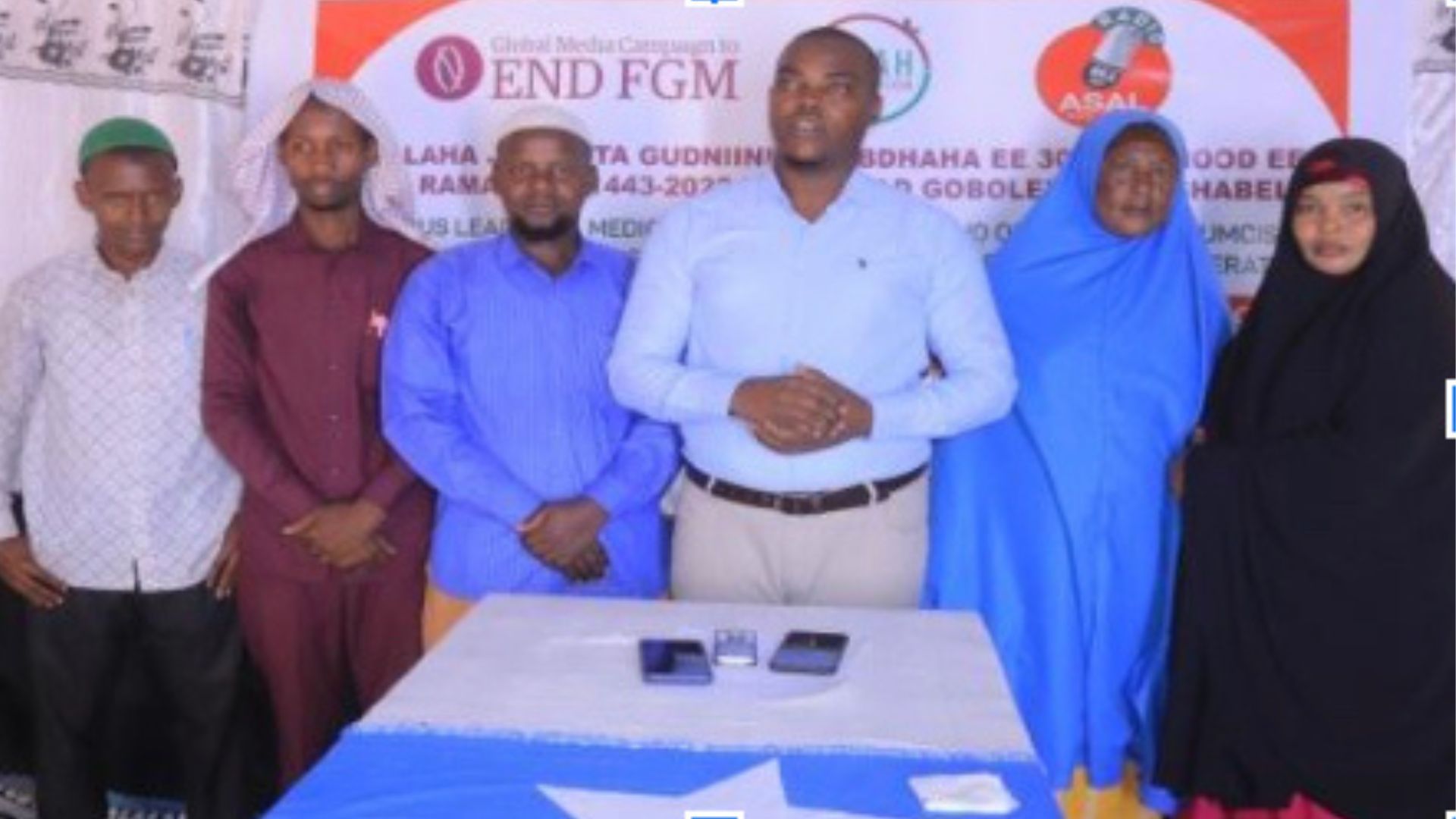 At a meeting attended by some of the teachers of the Holy Quran and primary and secondary schools in Jowhar, the capital of Hir-Shabelle state, we focused on how to end female genital mutilation to save the future of the new generation of girls. We broadcast the conversation on radio.

All participants spoke in detail about the important roles needed to prevent female genital mutilation.

This is Mano Ruqiyo Hassan Gacal; she is one of the teachers at Makay Garare School in Jowhar.

"My daughter, who underwent FGM, was suffering from health problems after being trapped in her urine." Mano Ruqiyo Hassan Gacal, Hir-Shabelle state, Somalia Click To Tweet   "My daughter has not been able to urinate for two days and she was suffering from menstrual cramps, which had a serious effect on her health." Mano Hassan, Hir-Shabelle state, Somalia. Update: Doctors at Jowhar Regional Hospital have… Click To Tweet

Teacher Abdirahman Abdullahi, calls for teachers like him to take part in ending female genital mutilation.

"Allah does not want any harm to His people as stated in Surah Al-Baqara in holy quran, so it is necessary to stop female genital mutilation (FGM) so that parents can avoid the health problems that girls may face if they are… Click To Tweet

“I Call For an End To Female Genital Mutilation To Have Healthy Girls.”

Aziza Muktar is one of the Part Teachers Aziza Participated in the program Of Female Genital Mutilation Analysis.

"Many girls run away from home during the wedding because of circumcision, circumcised girls are very afraid of their husbands at the time of marriage." Aziza Muktar, Somalia  Click To Tweet

Parents in general and mothers in particular, fear Allah and stop your ruthless female circumcision.