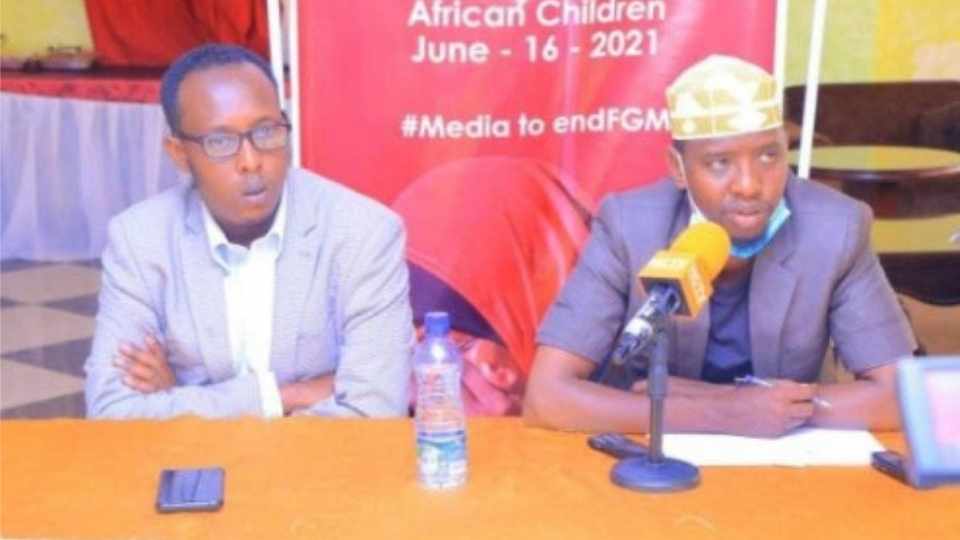 Shucayb Obsiye a media campaigner based in Jigjiga, working with Horn Cable TV, organised a half-day panel discussion on the Day of the African Child, held at Royal International hotel on June 16, 2021.

Day of the African Child – Jigjiga

Shucayb invited the panel of respected and well-known religious scholars, FGM campaigners, women, active members of the Somali region youth federation, and key members of civil society. The panelist gave a brief description of the importance of this day to keep African child’s rights socially and culturally because the commemoration of this day is for the Elimination of Harmful Social and Cultural Practices in Africa including FGM.

Shucayb suggested to the participants of the panel and the audience that they are needed to wake up and raise up their voice to end FGM in the Somali region and ensure to take urgent steps to eradicate injurious, violence oriented and harmful socio-cultural practices against African children.

Shucayb opened the panel which was aimed to commemorate African child day which is celebrated every year. The panelists were drawn from the various members of the community.

Sheikh Abdiqadir a well-respected religious scholar in the Somali region stressed and acknowledged FGM is a harmful traditional practice that is against hadith and Quran. And he stated that

“There is no single verse in Quran that can be based on FGM.”

When the sheik talking about children’s right said Children are surely an amazing bless and gift from Allah. The parents both collectively and individually are responsible other than their life. On the other hand, shiekh abdiqadir stated causing harm to the human body without religious justification is strictly prohibited in Islam. And he clarified that we must fight against any harmful practices against children.

Abdurrahman Bux, a senior journalist has highlighted the role of the media campaign in solving the problems of the African child. Mr. Abdurrahman urged the media to take part in the awareness creation and airing programmers to build the capacity of children to know their rights.