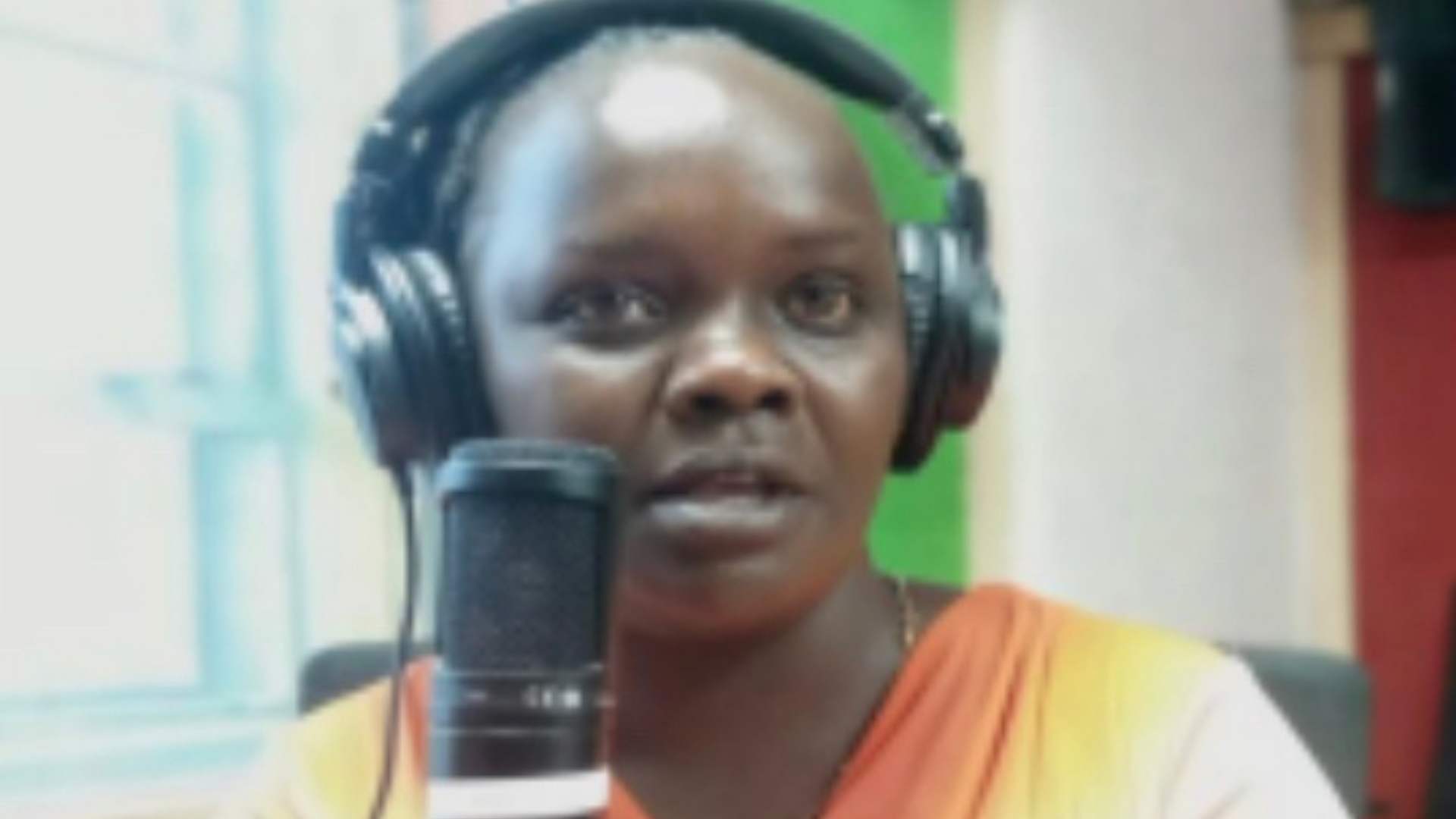 My project was about the use of Alternative Rites of Passage as a solution to end Female Genital Mutilation in West Pokot County. Recent research by World vision and the Kenya Education for Nomadic indicated that illiteracy is one of the key factors contributing to FGM in West Pokot County, with North and Central Pokot leading in those cases. Data shows that in Pokot north approximately 12,000 girls and boys do not attend school.

During our radio discussion, it was noted that 380+children from the four sub-counties in West Pokot had undergone alternative rights passage. It was however noted that the community needs to be sensitized about the importance of ARP to increase the number in the coming years.

I had planned to host the four guests same time, but due to the hitches of fuel in the country, the two did not make it i.e. Mr. Philip Lomong’in –a Law analyst, and Mrs. Agnes Chemutai-Health Expert. As a solution, I split my show into two segments.

Note; on my proposal, I had indicated that I would host Health Expert Mr. David Chege – at Kapenguria hospital but he did not turn up, he had traveled upcountry for the Easter holiday. I hence replaced him with Mr. Agnes Chemutai.

Mrs. Edith Lorema – Child Protection Officer Pokot Central said that she’s going to collaborate with other Non-Governmental entities i.e. IREP Foundation, World Vision, Perur Rays of Hope, and Media Houses, among others to perform community dialogues to sensitize the community on the importance of ARP.

Despite ARP, Mrs. Lorema mentioned that there were 5 girls at the Child Protection Unit [CPU] who had undergone the cut.

There are fewer rescue centers to accommodate the affected girls.[The practice of FGM is done in the interior parts where rescue centers are far to locate]

One of the listeners sends a message suggesting that girls who have undergone the cut need psychological counseling.

Linkages[established or strengthened ] & their contributions to impact :

• Psychological counseling for the girls who have undergone the cut.
• Advocate for all girls to attend school.

Involve the reformed cutters, church leaders, and a lady who has undergone the cut to give her testimonials.