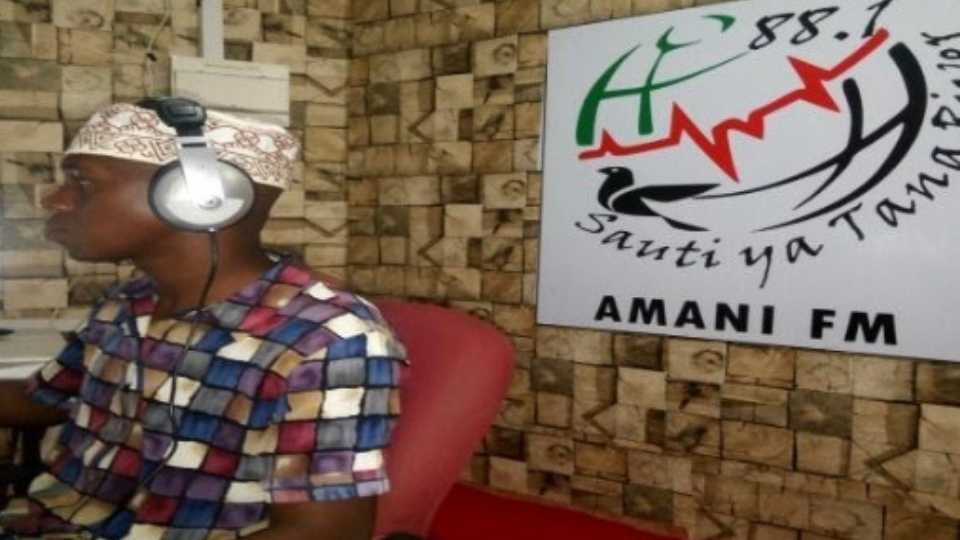 Salim Omar Godhana is an anti-FGM activist who is fighting for change in the Tanariver region. Salim is especially concerned with bringing equality between genders.

The radio talk show project was conducted at Amani FM on 30th March 2021. The radio station is based in Tanariver County with an estimated audience of three hundred and fifty thousand people (350,000). It was about creating public awareness on FGM/C during the Easter cutting period through the use of media and it also highlighted teenage pregnancy which has been on the rise. It also emphasizes how much harm is associated with the acts. The target includes communities that practice FGM Watta, Warde, Walwana/Malakote, Orma, and Munyoyaya.

The feedback was positive and massive as the audience was requesting more time so we could continue with the talk show as it touched on tangible issues that the girl child of Tanariver is currently facing.

Survivors should be at the forefront of this campaign of ending FGM because their voice can be the X-factor in ending this vice. Their voice is their story which can alter the cause of history for the positive feedback. I testify that Saadia Hussein survivor’s story gave the desired need and strength to challenge this retrogressive cultural practice.

There is a huge difference between Tohara and FGM. Tohara has citations and quoted in the Holy Quran while FGM was never practiced by any of the prominent Muslim scholars, Swahabas, Khalifa nor the Prophet Mohamed (pbuh)

Though the show was a success we encounter several problems including:

Men blamed the women for performing vices to their fellow women since no man is involved in the practice. They urge that women should be the ones to end FGM. I reminded the audience that the root cause of FGM is to satisfy men and men have a crucial role in ending FGM in our community.

One caller was very critical about men involving themselves in womanly affairs and was taboo but after three minutes conversation, I promised to reach out to him and indulge much in the future on the issue of FGM.

Political leaders were urged to criticize the practice in public since they have massive followers.

The use of the poem (Shairi) to summarize the message was a big plus because the audience loved it.

The talk show was a success as the feedback suggested. We got calls from different people recommending the job well done. The majority of the audience felt this should not be a one-time thing but should be organized frequently.

If you were to carry out this activity again, what would you do differently

Survivors play a crucial role in articulating the FGM issue but many survivors do not want to talk about the trauma in public. In the future, the need to record them giving their side of the story can be used to let people know that the survivors are suffering in silent