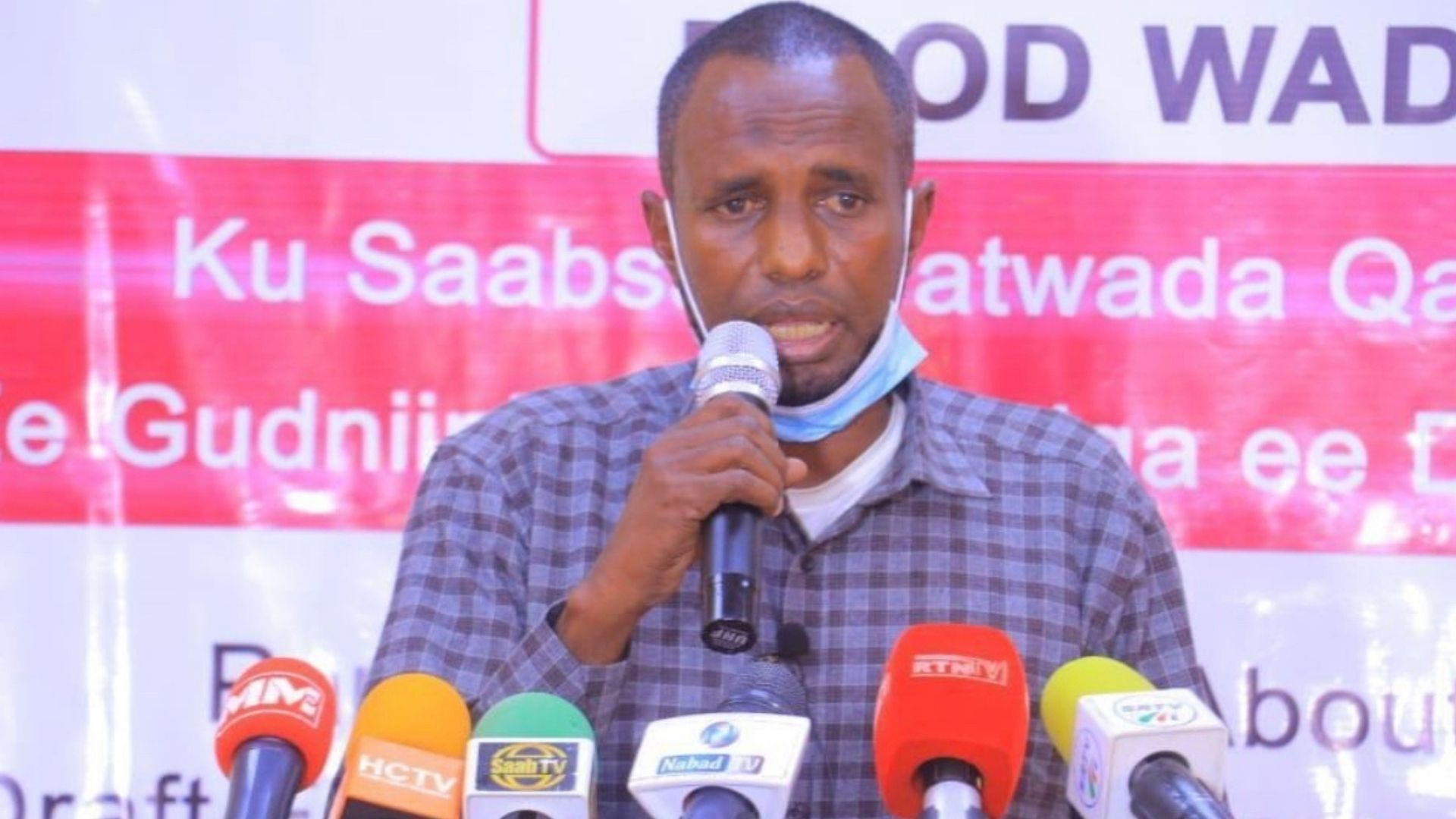 On May 12th the Global Media Campaign/Ifrah Foundation/Irish Aid will launch a radio and TV campaign to promote the FATWA ban, which will be officially announced by the Somali Islamic Affairs Council to mark the end of Ramadan across Ethiopia.

Shuceyb Obsiye anti-FGM activist brought together religious leaders, health professionals, media graduates and members of the civil society had attended a two-day panel discussion about the draft Fatwa against FGM in Jigjiga, the capital of Somali regional state of Ethiopia.

The reason I want to issue the Fawto is to clarify the position of the religious leaders on FGM. The draft fatwa which is banning the practice of female genital mutilation needs to be completed.

Dr. Bashir a member of regional Parliament and one of the writers of the draft Fatwa, Sheikh Ahmed Aabi Matan, the chairman of Islamic Affairs Bureau of Somali Regional State, DR. Abdi Aziz Omer Abdi, one of the health professionals from Karamara Hospital, Abdi Mandad Jigjiga city administration Islamic affairs bureau were among the panelist of the two-day discussions.

The Islam believers may follow fatwas issued by their mufti, but they can also follow a fatwa by a preacher they particularly like, refer to an Internet page specialized in Islamic guidance or they can choose a fatwa suiting best their circumstances.

It has been widely reported that a fatwa on FGM will be issued in the region which has boosted the reputation of GMC media graduates because years ago no one was talking about the problem of FGM. A good step forward towards eradicating this harmful cultural practice that has harmed generations of Somali women.

The issue will push the local government to pass a law banning FGM.

Dr. Bashir, a member of regional Parliament and one of the scholars who prepared the draft Fatwa hailed that one of the reasons that FGM is spreading in the community is lack of knowledge of the harmful and diverting from their Islamic religion or lack of dealing with the commands of the Islamic religion.

Sheikh Abdikadir Sheikh Hussein Hassan, emphasized that there is no doubt that scholars don’t disagree with the negative impact of FGM has on girls, and it is crime to harm or hurt female genitals and the Islam does not allow to do it.

The reason that this harmful practice has existed for so long is that people believe it is because our religion or culture dictates that we should do it.

Sheikh Abdikadir Sheikh Hussein Hassan who was speaking at the opening of the event said it is crime to harm or hurt female genitals and the Islam does not allow them to do it.

Dr. Bashir, a member of the regional parliament, said the lack of knowledge had led to an increase in FGM cases in our community

Four girls who were among the participants of the event had admired the chapters in the Fatwa.

The participants were being distributed the draft Fatwa on FGM, to read and come up with feedback to a committee.

During the two-day of the event, we had been facing almost an hour of delay each day due to the late arrival of the participants. Furthermore, the fatwa was written in languages of Amharic and Arabic, so it was difficult for us to translate it into Somali and of course, it requires time and resources but we have done a summary of English.

Religious leaders and media graduates engaged in a panel discussion for an hour to discuss the FGM in their community. The religious leaders praised how young people in the media are interested in fighting FGM in the region.

Sheikh Nuur Sh.Kalif – From Regional Sharia Court believes that it could take at least 9 to 10 months for the fatwa to cause a change with the community.

Participants also predicted that it would be difficult to convince the public of the importance of fatwa and the changes it could cause.

Another group of participants believed that the community needed radio awareness, citing people who have no reading skills in the community.

Participants suggested it is needed a campaign that supports media outlets in the region in covering FGM.

How the local media in the region were interesting in reporting the draft fatwa was an unexpected win.

When all the media covered the event, there was an increase in the number of people who were interested in knowing about the fatwa.

FGM “is not specifically an Islamic issue”, a participant said. “In the Somali region there are some Christians women, who have FGM,” he added that billboards must be erected in all parts of the region.

The five Somali TVs that covered the event have a large number of audiences in Somalia, Ethiopia, Somaliland, Djibouti, and Somalis in the diaspora.

The mutilation of girls and women must stop in this generation our generation. Men and boys must also be encouraged to support the fight against FGM and they should be praised when they do.

A round discussion conversation about the fatwa on day two by the religious leaders. Scholars have agreed to continue such debates to enhance the understanding of the fatwa

I have saved contacts from scholars, other important people, and journalists who are committed to efforts to reduce the risk of FGM in the Somali regional state of Ethiopia. I am planning to call them into another meeting to continue the fatwa debate.

I believe that such debates will change the misconception about circumcision as I still consider that it’s hard for women to speak out about FGM.

I will spend a lot of time finalizing the fatwa and translating it into English and Somali languages. After that, it will be easier for the residents to read the fatwa book.