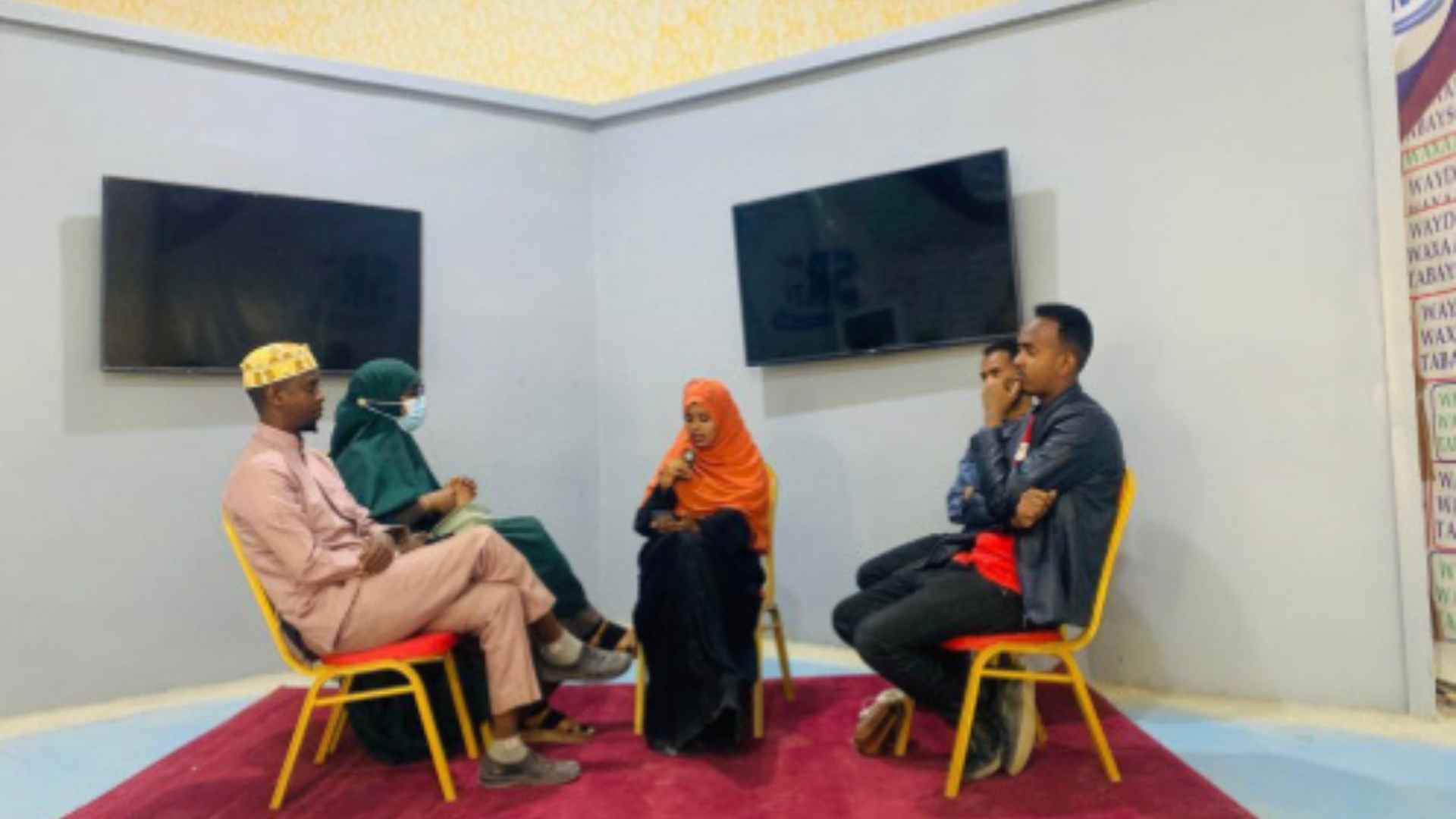 Ubah Jamal Mohamed is a Journalist working for Jijiga FM Radio and a journalist by trained Global Media Campaign for the last two years to do the best the media campaigns. Ubah is a media campaigner who is interested in ending FGM and eradicating harmful traditional practices in the Somali region.

The air of FM Jigjiga reaches the provinces or zones like 11 districts of Fafan zone, 10 districts of Jarar Zone, Nogob zone, and some more other districts in the Somali Region.

The Project of 16 days of Activism:

To continue our fight against female genital mutilation, I participated in a local radio program with local doctors and scholars. In this programme we focus on the health problems caused by female genital mutilation (FGM).
Because the Somali community in the region particularly young girls and mothers need to repeatedly know more about the problems of FGM and how it is a big issue in conducting this crime to the young girls which can not be continued and tolerated more than this because enough is enough and this action needs to be finalized with the knowledge of negative health impacts of FGM in collaboration with the local community in the region.

Female genital mutilation (FGM) is one of the most common forms of violence against girls, especially adolescents.
Most scholars believe that it came from Egypt, especially during the pharaonic period as the name implies. Its purpose was to control female fertility.

After Pharaoh, the ignorant community of the pagans adopted this act saying that it would play a major role in the protection of the girls. So far this idea has become a cultural norm and the uncircumcised woman is considered unclean.

"Islam forbids the deliberate use of force against women. It is a forbidden and illegal act to Circumisize, cut, and stitch women which have no religious significance. ” Enough is Enough Religious Scholar and Medical Professionals Speak… Click To Tweet "Anything or act that harms a person who is honored by God is forbidden, and it is not permissible. Everyone involved is a perpetrator/criminal.” Click To Tweet

There are many problems for a person who suffers from female genital mutilation.
We divide the injuries and impacts into 2 categories

Circumcision is a man-made problem that starts with women, the doers are women, the victims are women, and the future impacts will be women.
So, there are many women with female genital mutilation (FGM) who are brought to the hospitals every day, especially during childbirth. Such cases are 50% safe during childbirth. While uncircumcised women are 100% safe.
Some circumcised girls die of infertility, some unsaved children die on their own, and some go hand in hand.
This is compounded by the mental health problems that most Drs. Narrated and they are:

Living with anxiety
Physical illness and mental illness.
Fear of marriage in general and other problems.
Finally, I would like to say let us unite to fight and stand up to this harassment of young girls and let the community know about such a problematic tradition.

-That is how our women have removed their genitals that God has made for it.
The girl who was done like that faces in her life hatred and enmity. Since she can’ have proper sex with her husband as natural as she would also she loses the pleasure of having the right sex.

"As a doctor, I believe this practice should be completely eradicated and strict laws should be enacted as immediately as possible to save safe the future of the remaining girls." Enough is Enough Religious Scholar and Medical… Click To Tweet
Tags: Ubah Jamal Mohamed