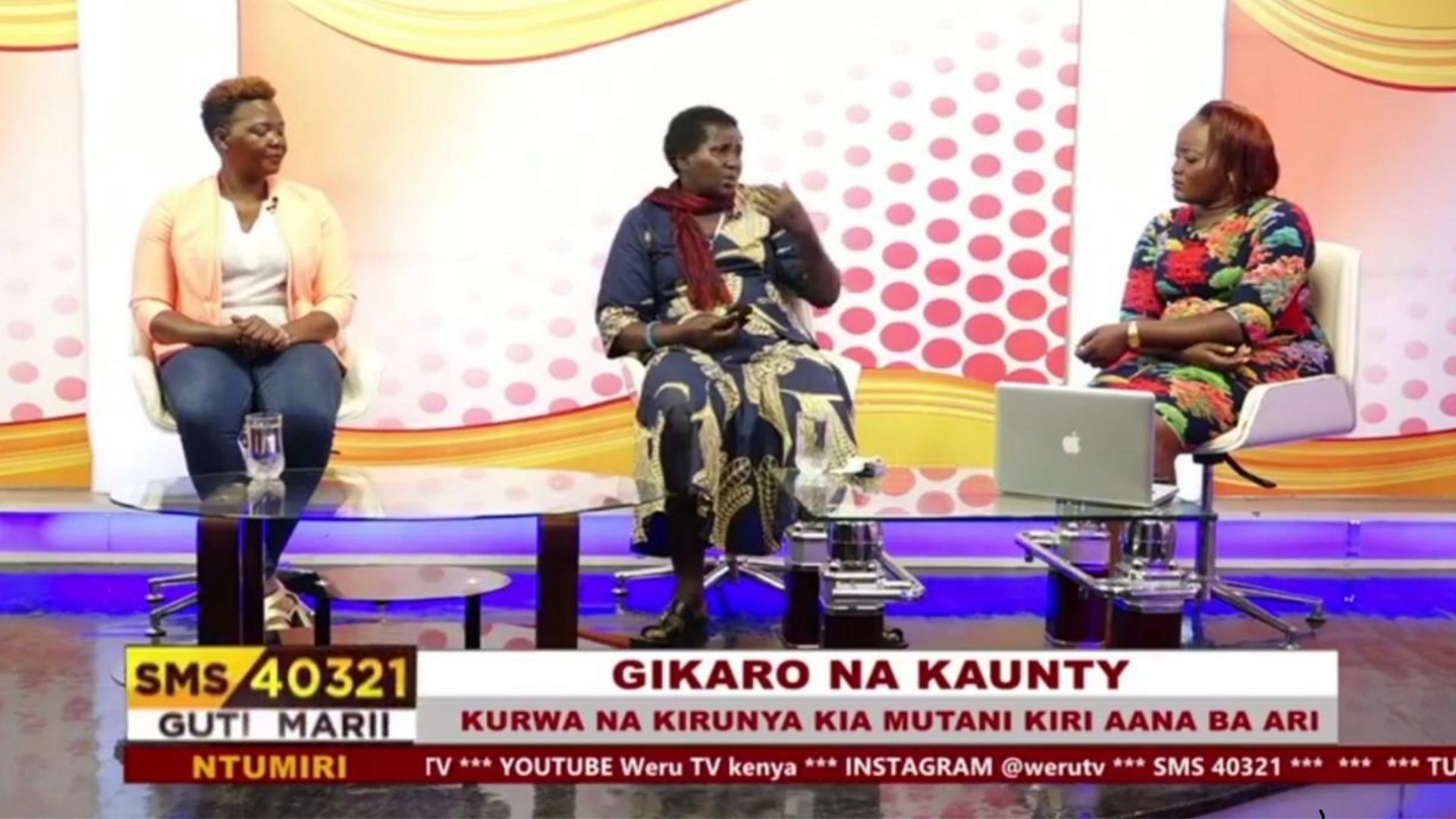 The topics of discussions covered: FGM law, the definition of FGM, Origin of FGM, myths, beliefs surrounding FGM in Meru county and its environs, why engage men in the fight against FGM and, types of FGM.

Dorcas K. Meeme, an influential youth leader, to young people, (especially girls in the community) also joined our discussions. This approach helped in nullifying the myths and beliefs associated with FGM.

Men play a major role in our African society and if they are well versed with the knowledge they will impact both men and women, therefore help in ending FGM.

One highlight of the media campaign included a reformed circumciser who narrated her experience and shared how she abandoned the practice through the intervention of Care Health providers. She went ahead to urge other circumcisers who are continuing to stop and join the fight.

The media project was successful with strong communication with the audience. It was essential that we spoke in the local dialect and thereby had ease interacting live, where questions surfaced via calls and messages. These questions were addressed during the sessions. We also had many messages that commended our team for the good work.

Listeners shared their concerns and questioned why is FGM is still practiced despite there being a law against it.

Getting the desired date was a challenge. It was not possible to carry out all our shows on 12.2.2021 Because of the media houses schedules, therefore, we were booked for 15.02.2021 on WERU TV and Radio.

Next time we plan to train influential people in the community to train, trainers of trainers live on air. We have also identified a group of girls with an FGM message in form of a song. We would facilitate this song to record it to be played in different media houses and gatherings.