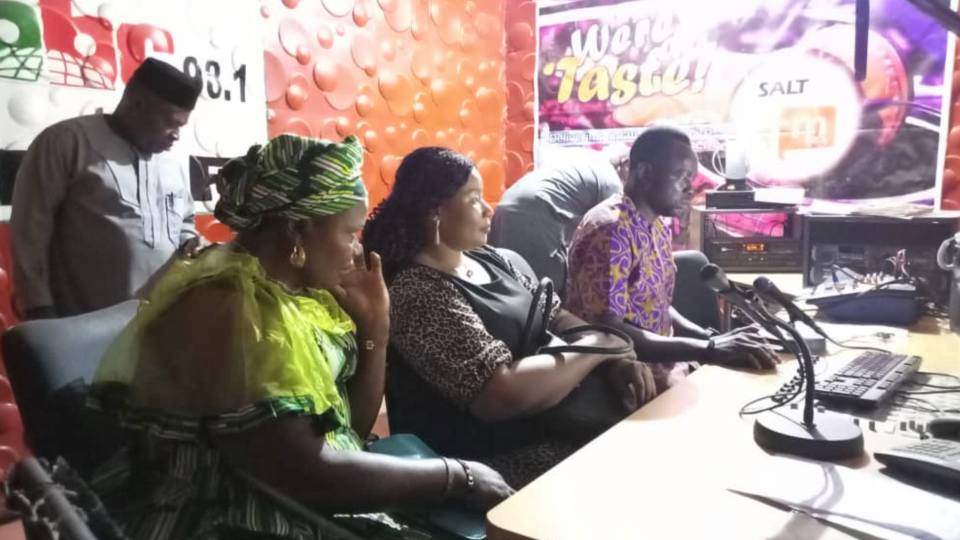 A Pre-activity meeting was held to review the end FGM activities done in the past. Meaningful contributions based on the feedback of similar activities such as

The programme started at 12..00noon on the dot. All the Resource Persons were in attendance and we were all ushered into the live studio of the radio station EBBC.  Chika Igwe moderated the one-hour phone-in programme. Different questions were answered by different persons:

After 38 minutes, the phone line was opened and calls began to come in. We received a total of 10 calls within the program, even though after the radio program the calls kept coming.

It was discovered that some people believe that:

The 60 minutes phone-in program in Ebonyi Broadcasting Service (EBBC) can reach 10 million listeners in 13 States of our Nation. We also wish to use social media and amplify the activities

On behalf of Brand New Me Resources, we wish to appreciate GMC and UNDP for giving us the platform and opportunity to express ourselves as activists. Thank you so much!